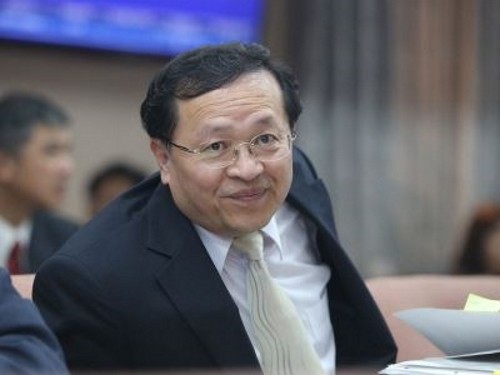 Taipei, Sept. 12 (CNA) Chang Tien-chin (張天欽), vice chairman of the Transitional Justice Commission (TJC) under the Executive Yuan, has resigned over remarks that he made in an internal meeting last month about a mayoral candidate, which was widely criticized as politically motivated and inappropriate.

In a statement Wednesday, Chang apologized publicly for saying at a TJC meeting on Aug. 24 that New Taipei mayoral candidate Hou You-yi (侯友宜) of the Kuomintang (KMT) was "the worst example of transitional justice" and it was pity his case had not been used for political mileage.

He was referring to Hou's role as the leader of a police team that attempted to arrest Taiwan independence and democracy advocate Cheng Nan-jung (鄭南榕) in 1989, which led to Cheng's self-immolation and his martyrdom by the democracy movement in Taiwan.

Amid public backlash over his comment, Chang said he offered a verbal resignation to TJC Chairman Huang Huang-hsiung (黃煌雄) in the hope of allaying public concern about the commission's impartiality and diffusing the conflict among different groups in the society over the government's efforts to promote transitional justice.

At a news conference in Taipei, Huang also offered a public apology for what he said was his negligent supervision of Chang, which led to public misunderstanding of the commission's efforts to promote transitional justice.

Meanwhile, President Tsai Ing-wen (蔡英文), who is also chairwoman of the ruling Democratic Progressive Party (DPP), said at a party meeting Wednesday that Chang's remarks were "something we do not recognize," according to a party official.

Tsai expressed confidence that the Transitional Justice Commission, an independent government agency, would handle the matter properly, the official said.

Premier Lai Ching-te (賴清德) also apologized to the public on behalf of his Cabinet, saying Chang's comment was unacceptable.

On his part, Hou said that it was regrettable that the TJC had been reduced to a political tool.

He said that when he first expressed interest in the New Taipei mayoral race, the DPP asked him to run on its ticket and deemed him a hero but turned on him after he decided to represent the KMT.

Hou said he has devoted most of his life to the country and will continue to do so.

Also commenting on the issue, KMT spokesman Hung Meng-kai (洪孟楷) said that in a democratic country, public resources should not be used to advance political parties.

The commission, established in May under a law passed last December, is tasked with uncovering the history of political repression under the former KMT regime during the period of martial law.