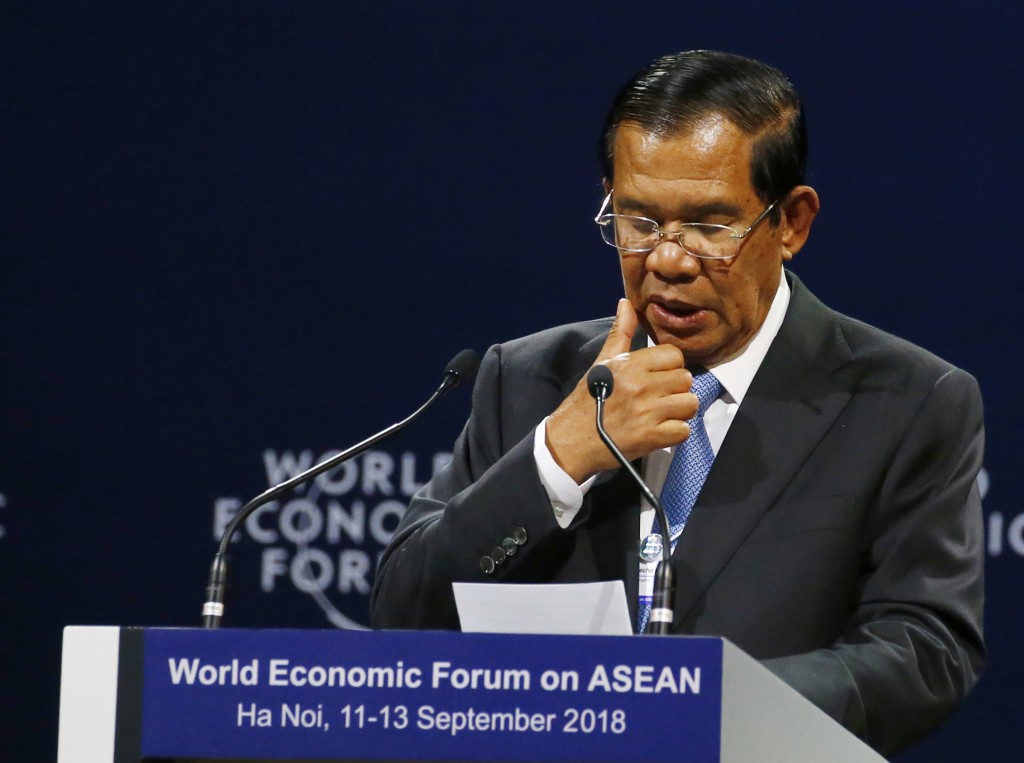 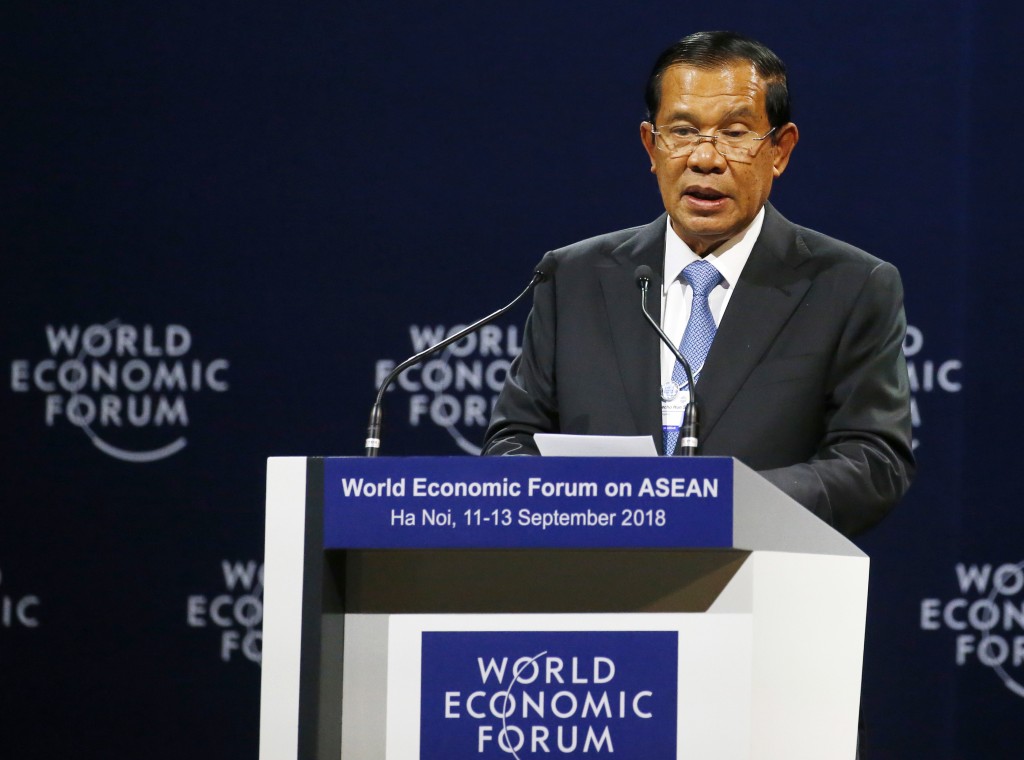 HANOI, Vietnam (AP) — Cambodian Prime Minister Hun Sen has slammed criticism by outsiders of political issues in the Mekong region, saying it should be left to solve its own problems.

Speaking at a World Economic Forum gathering in Hanoi on Wednesday, Hun Sen heatedly defended Myanmar against accusations its security forces engaged in genocide against its Rohingya minority.

Hun Sen said other countries do not understand the problems that Myanmar and its neighbors face and should not interfere or try to impose conditions on them.

Cambodia's one-party legislature confirmed Hun Sen for another five-year term last week, cementing his status as one of the world's longest-serving leaders.

The 66-year-old Hun Sen has been in power for 33 years and declared before the election that he intended to serve two more terms.