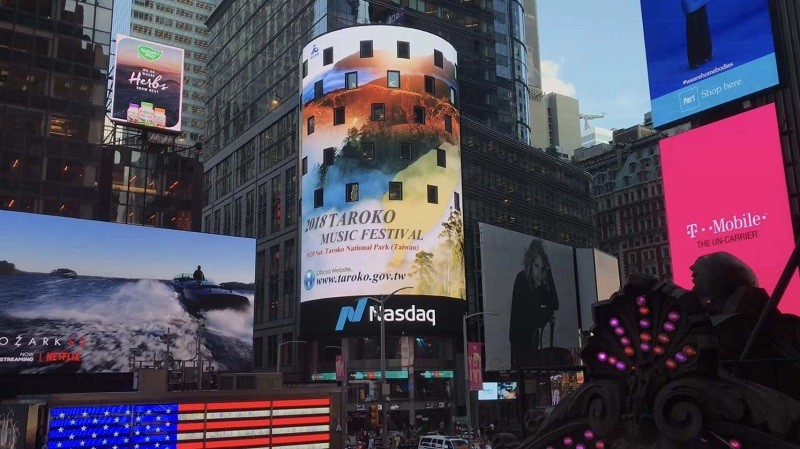 TAIPEI (Taiwan News)—An ad of Taroko Music Festival appeared on the large screen on the exterior of the NASDAQ building in Times Square in New York City the other day, marking the first time the event was advertised at this world famous site, according to a Taroko National Park Headquarters (TNPH) news release on Tuesday (Sep. 11).

The TNPH said that with the assistance of the event’s co-organizer, the event successfully advertised on one of the most visited tourist attractions in the world. In addition to promoting the breathtaking landscapes of Taroko National Park overseas, the ad would also help Taroko Music Festival gain international exposure and attract more international visitors to participate in the event, the agency said.

The morning session of the concert from 10:30 a.m. to 12:00 p.m. (noon) will feature quartets, vocal duets, and Amis Kakeng Band, and the afternoon session from 2:00 p.m. to 4:30 p.m. will be performed by the indigenous dancing group of local Shuei-Yuan Elementary School, Lo Sirong & Gomoteu, Inka Mbing, and a band led by Fan Tsung-pei.