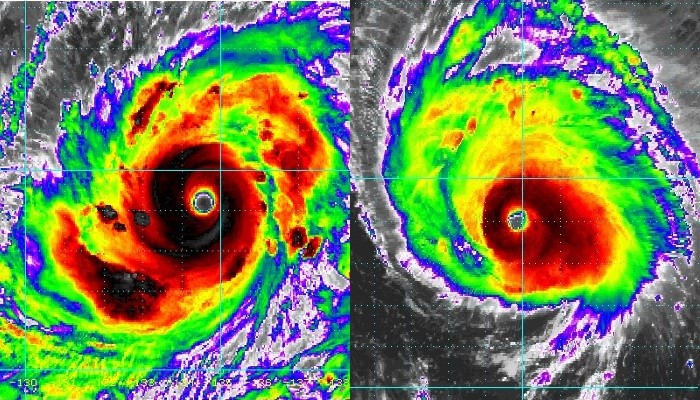 TAIPEI (Taiwan News) -- As massive as Hurricane Florence is, which is bearing down on the Carolinas, Super Typhoon Mangkhut is even bigger and has more distance and time to grow further.

Weather expert Daniel Wu (吳德榮) told CNA today that Super Typhoon Mangkhut is the strongest storm seen on the surface of the Earth this year, even surpassing Florence, which is a category 4 hurricane, in terms of power.

While the National Hurricane Center (NHC) warned that Hurricane Florence is set to make impact on the coastal areas of North and South Carolina on Sept. 14, Super Typhoon Mangkhut is larger and has an extra day or two before hitting a major body of land, possibly Luzon in the Philippines.

Wu said that Florence is classified in the U.S. as a category 4 hurricane, which is the equivalent to what the Central Weather Bureau (CWB) would consider a "medium typhoon" or "lower limit strong typhoon." Whereas, the Mangkhut is already considered strong typhoon by the CWB and it has more open ocean to continue to strengthen than Florence.

However, Wu said that the presence of a high pressure system over the Pacific around Taiwan and the slightly southward tilt of Mangkhut's path, the odds of the typhoon making landfall on Taiwan have been reduced. Nevertheless, the forecast path could continue to be revised over the coming days, with Sept. 15 being the date that the storm comes closest to the country.

Tale of the tape:

As can be seen in the satellite images below, Mangkhut has a much larger periphery than Florence:

So, in the virtual ring, Mangkhut would mangle Florence, however if the two were close to each other in real life, they could merge into one, even bigger cyclone, which is known as the Fujiwara Effect.