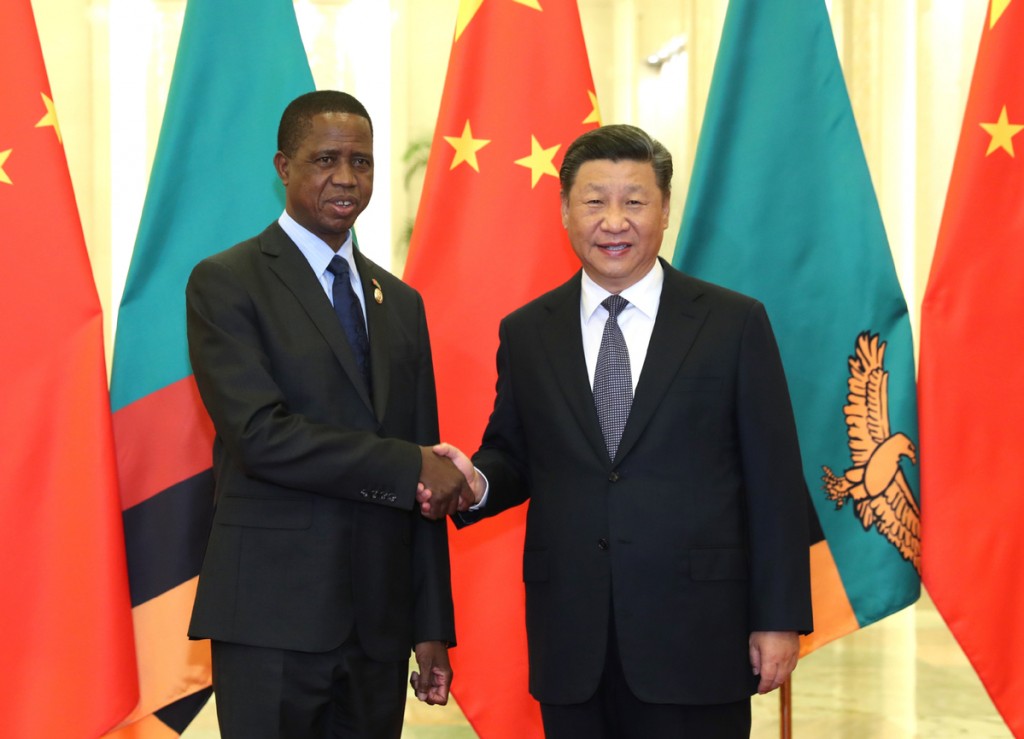 TAIPEI (Taiwan News) – China’s economic strategy of predatory lending to indebt poor nations and then take over critical infrastructure once a country defaults on its loans is on full display in the African nation of Zambia.

According to reports, the Zambian government is in talks with China that may result in the total surrender of the state electricity company ZESCO as a form of debt repayment since the country has defaulted on plethora of Chinese loans for Zambia’s infrastructure projects.

Since current president Edgar Lungu came to office in 2015, the country has reportedly accepted over US$8 billion in finance for various projects, and that is only in the past three years, with even more loans lined up over the coming years.

Chinese influence in Zambia has been steadily increasing since 1998 when China purchased a controlling stake in Zambia’s Chambishi copper mine.

Since then China has continued to invest in the country’s infrastructure projects, and has also seen a fair share of resentment from Zambians over the years, including armed clashes between Chinese business owners and local workers.

Notably, 51 Zambian employees were killed in explosion at an explosives factory in 2005, that made Chinese influence in the country a major issue in the 2006 election.

Now under the current Chinese-friendly administration of Edgar Lungu, the country appears set to be the “first casualty” in China’s campaign to establish economic and political hegemony in Africa.

A report by Africa Confidential entitled “Bills, Bonds and even Bigger Debts” spells out the risk clearly by stating:

“China’s BRI strategy is first to encourage indebtedness, and then to take over strategic national assets when debtors default on repayments. The state electricity company ZESCO is already in talks about a takeover by a Chinese company.”

If ZESCO comes under Chinese leadership, then China will not only own a majority stake over the country’s most lucrative export (copper, cobalt), but it will also control eighty percent of the country’s electrical power supply, giving China open access to a significant energy source in the heart of southern Africa.

The cumulative effect of Chinese control in Zambia will be “the biggest loss of national sovereignty since independence” says the Africa Confidential report.

The news that the government may surrender its electricity company to China comes only a week after the China-Africa Summit in Beijing, where President Lungo reported to have received a US$30 million grant for the Lusaka East Multi-Facility Economic Zone electrification project, reports Business Insider.

As the Belt and Road Initiative, otherwise known as China’s campaign to achieve economic and political hegemony over the Eastern Hemisphere, continues apace many observers are becoming increasingly skeptical of China’s offers of economic assistance.

There is speculation that the government of El Salvador may have essentially laid the ground work for a future Chinese military base in the country by accepting a very large loan for a port enhancement project that was offered as an inducement for them to break off diplomatic relations with Taiwan.

Given time and a steady stream of loans that the country will be unlikely to pay off, Zambia may soon find itself negotiating a deal for a Chinese airbase in the country.

"Zambia, and the continent at large, is treading on a dangerous path. China just gains huge political leverage for debts owned to them. It gives them the opportunity to exploit Africa's resources," writes Africa Exponent.

In other African news, the Gambian President Adama Barrow speaking with Xi Jinping in Bejing said that having diplomatic ties with Taiwan has been a “huge mistake” for his country.

Gambia severed ties with Taiwan in 2013, and established formal relations with China three years later. The country is now preparing to launch an expansion project for the seaport of Banjul, as well an agriculture mechanization project and construction on two key bridges in its Upper River Region, all with the help of Chinese financing and engineering expertise.

Gambia was also given a waiver by China on US$12billion worth of debt in Aug. 2017.