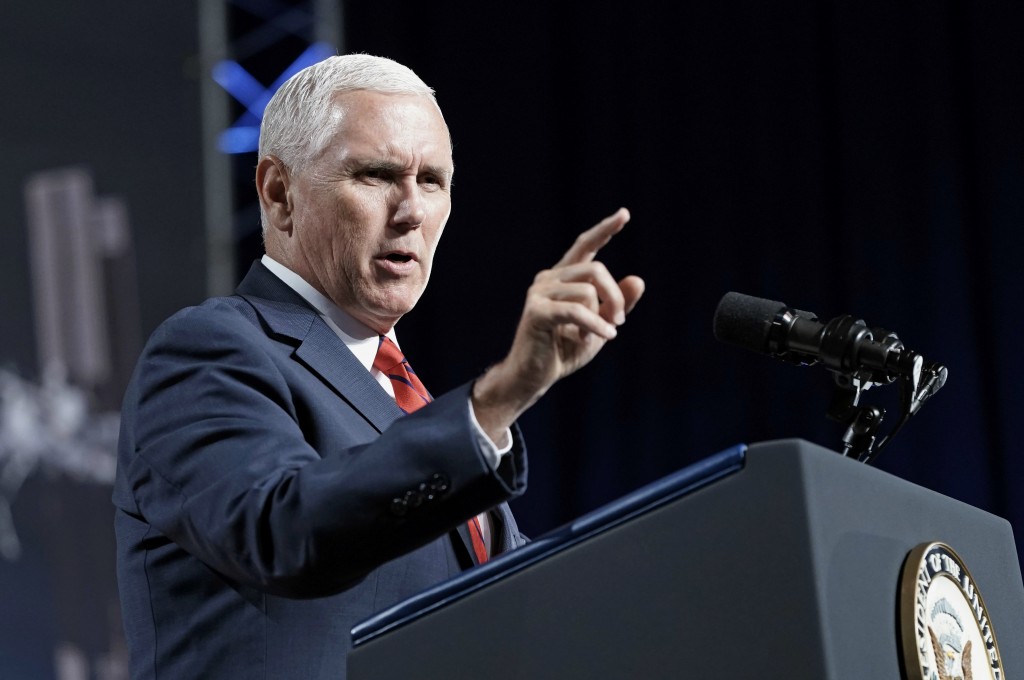 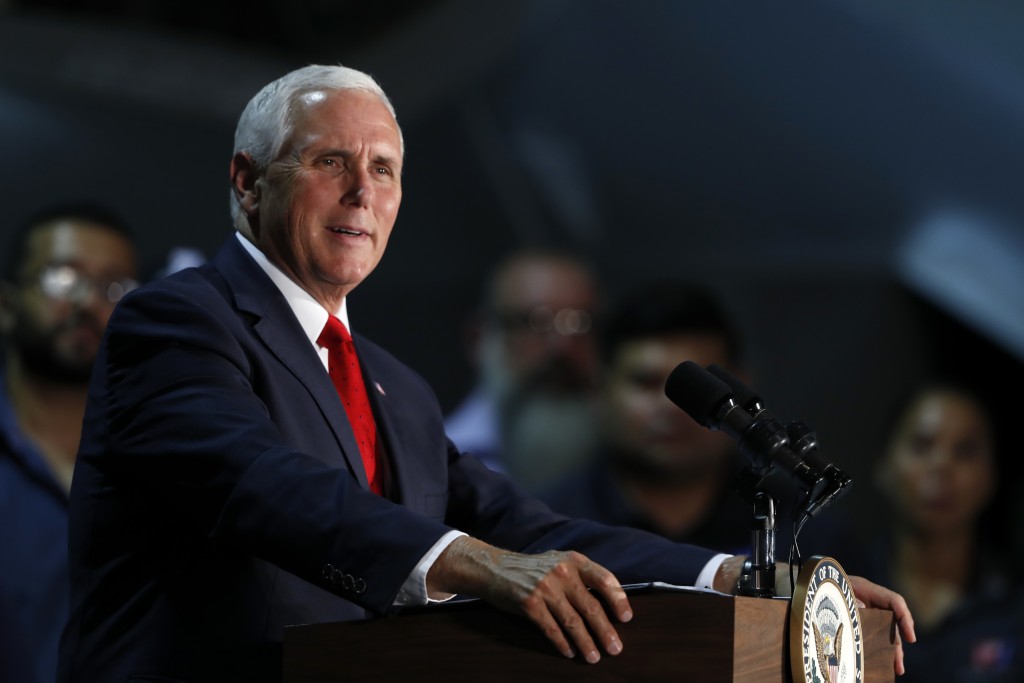 "I know them. I know their character," Pence said in a taped interview aired Sunday by CBS' "Face the Nation."

Some pundits had speculated that Pence could be the "senior administration official" who wrote the opinion piece because it included language Pence has been known to use, like the unusual word "lodestar." The op-ed writer claimed to be part of a "resistance" movement within the Trump administration that was working quietly behind the scenes to thwart the president's most dangerous impulses.

More than two dozen high-ranking administration officials have denied writing the column. Pence said his staff had nothing to do with it,

"Let me be very clear. I'm 100 percent confident that no one on the vice president's staff was involved in this anonymous editorial. I know my people," Pence said on "Face the Nation." ''They get up every day and are dedicated, just as much as I am, to advancing the president's agenda and supporting everything ... President Trump is doing for the people of this country."

Asked whether he had asked his staff about the op-ed, Pence said, "I don't have to ask them because I know them. I know their character. I know their dedication and I am absolutely confident that no one on the vice president's staff had anything to do with this."

He restated that he thinks the essay writer should do the "honorable thing and resign."

Publication of the op-ed followed the release of stunning details from an upcoming book by Watergate reporter Bob Woodward in which current and former aides referred to Trump as an "idiot" and "liar" and depicted him as prone to rash policy decisions that some aides either work to stall or derail entirely.

Both releases are said to have infuriated Trump, who unleashed a string of attacks on Woodward's credibility and dismissed the celebrated author's book as a "work of fiction." Some of the officials featured in the book's anecdotes about the president, including Defense Secretary Jim Mattis and White House chief of staff John Kelly, issued statements denying the comments attributed to them by Woodward.

Woodward has said he stands by his reporting. The book, "Fear: Trump in the White House," is scheduled to be formally released Tuesday, all but ensuring that the debate over Trump's leadership ability and style will extend into a second straight week.

Trump, meanwhile, has denounced the Times opinion piece as "gutless" and its publication as a "disgrace" bordering on treason.

Republican Sen. Rand Paul of Kentucky, a Trump ally, has said the president would be justified in using lie detectors to ferret out the anonymous writer. The president has yet to say whether he'd go that far, but Pence says he'd be willing to submit to such an examination.

"I would agree to take it in a heartbeat and would submit to any review the administration wanted to do," he said in a taped "Fox News Sunday" interview.

Both Pence and Kellyanne Conway, a counselor to Trump, pushed back during separate television appearances Sunday on the portrayals of Trump as anything but a thoughtful leader. Both also said they had no idea who wrote the piece; Trump has said he can name up to five people who could have written it.

"What I see is a tough leader, a demanding leader, someone who gets all the options on the table," Pence said on Fox News. "But he makes the decisions, and that's why we've made the progress we've made."

Trump has said the Justice Department should investigate and unmask the anonymous author. He cited national security concerns as grounds for what would amount to an extraordinary criminal probe should Attorney General Jeff Sessions decide to pursue one.

Neither Pence nor Conway answered directly when asked if Sessions should treat Trump's comments as an order. The Justice Department is supposed to make investigative decisions free of political pressure from the White House and the president.

Sen. Mark Warner of Virginia, the top Democrat on the Senate intelligence committee, disagreed that the opinion piece amounted to a national security threat and attributed Trump's musing about a Justice Department investigation "to a president who's lashing out."

On an unrelated matter, Pence said on CBS that he has not been called for an interview by special counsel Robert Mueller, who is investigating possible coordination between Russia and Trump's Republican presidential campaign as well as Russian interference in the 2016 U.S. election.

Pence said he's willing to sit down with Mueller if he is asked and added that he so far has cooperated with all requests for information from the special counsel and will continue to do so.