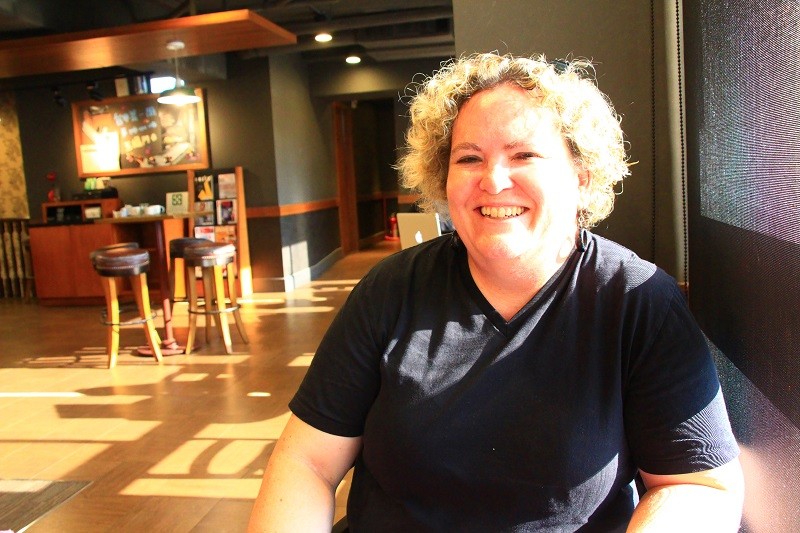 TAIPEI (Taiwan News)—An American tour guide in Taiwan said that Taiwan should focus on marketing its unique strengths that reside in its mountains, wonderful nature, and multiple cultures, according to a Central News Agency report on Sunday (Sept. 9).

American tour guide Cheryl Robbins (羅雪柔), who came to Taiwan to experience different culture 30 years ago, unexpectedly “fell in love” with local aboriginal tribes, the report said. She has obtained a tour guide certificate by passing the country’s tour guide examination. She not only took foreign tourists to tribal locations to experience Taiwan’s aboriginal cultures but also came to the tribes to help them develop tourism, according to the report.

She said that even though Taiwan is faced with threat and suppression from China, it doesn’t affect foreigners’ willingness to travel to Taiwan, the report said.

Taiwanese people are not void of self-confidence, but there is a culture in Taiwan that encourages people to be modest and to not talk about how good they are, she said, according to the report. However, in terms of marketing, it’s a promotional obstacle to restrict oneself from talking about how good oneself is, the report quoted Robbins as saying.

Even though westerners should be more modest, they know how to market themselves and point out where their strengths reside, Robbins said. However, Taiwan’s marketing effort is obscure despite the fact that Taiwan is blessed with many strengths which other countries do not have, she said, adding that the country should be paying more attention to focusing on showing these strengths, according to the CNA report.

Robbins said Taiwan has abundant mountains, great nature and multiple cultures and that their people are friendly, pointing out that not only the indigenous people but also the Han people often helped her. She also praised Taiwan’s public safety, saying that it’s safe to go out at night, which is not in many other countries, the report said.

In addition, Robbins said she could feel the respect Taiwanese people have towards foreign tourists when she was leading international tour groups in Taiwan. On one occasion she took Australian visitors to an Amis harvest festival, and even though they didn’t know each other’s languages, they used their body language to communicate their respect towards each other and their facial expressions showed they were all very happy, which Robbins said was the greatest satisfaction of her job, the report said.