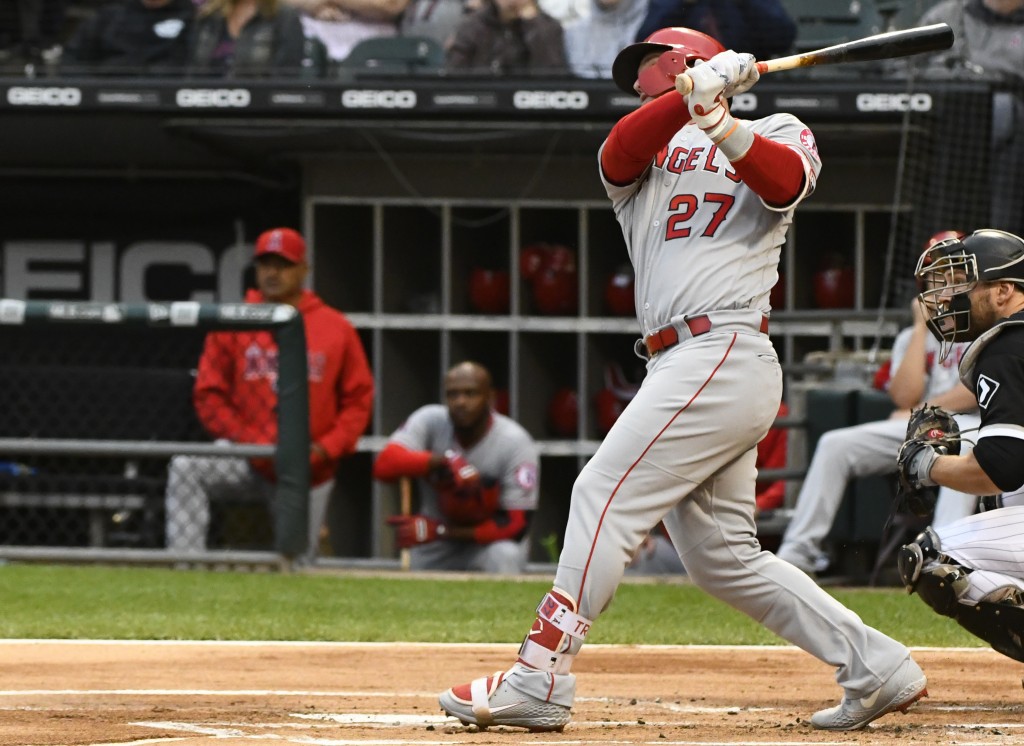 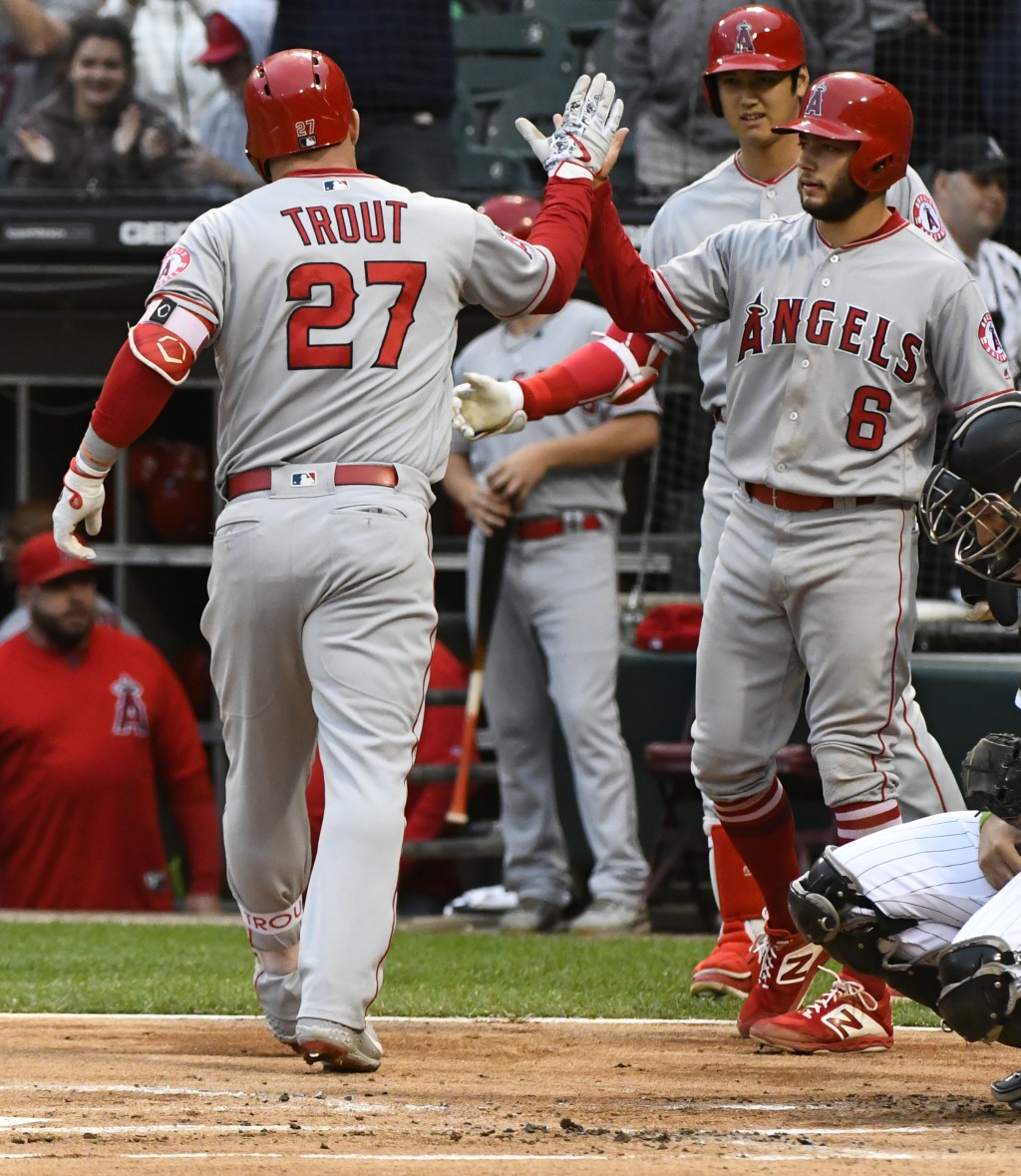 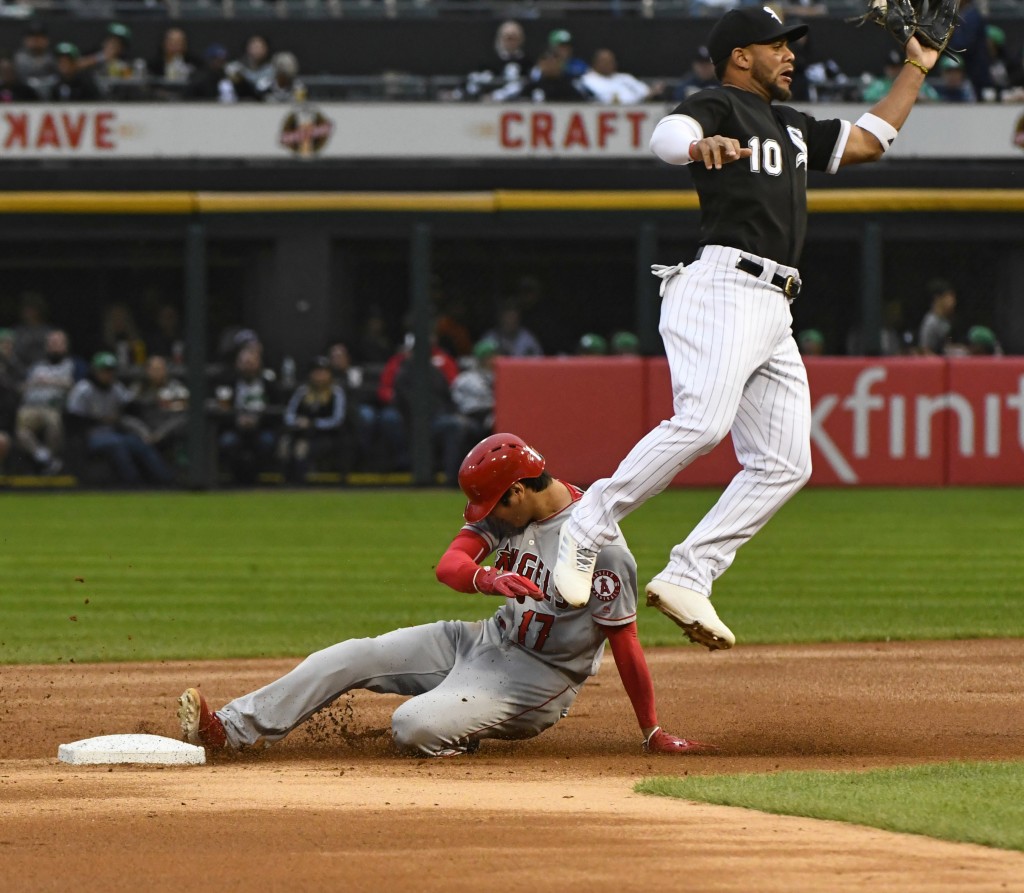 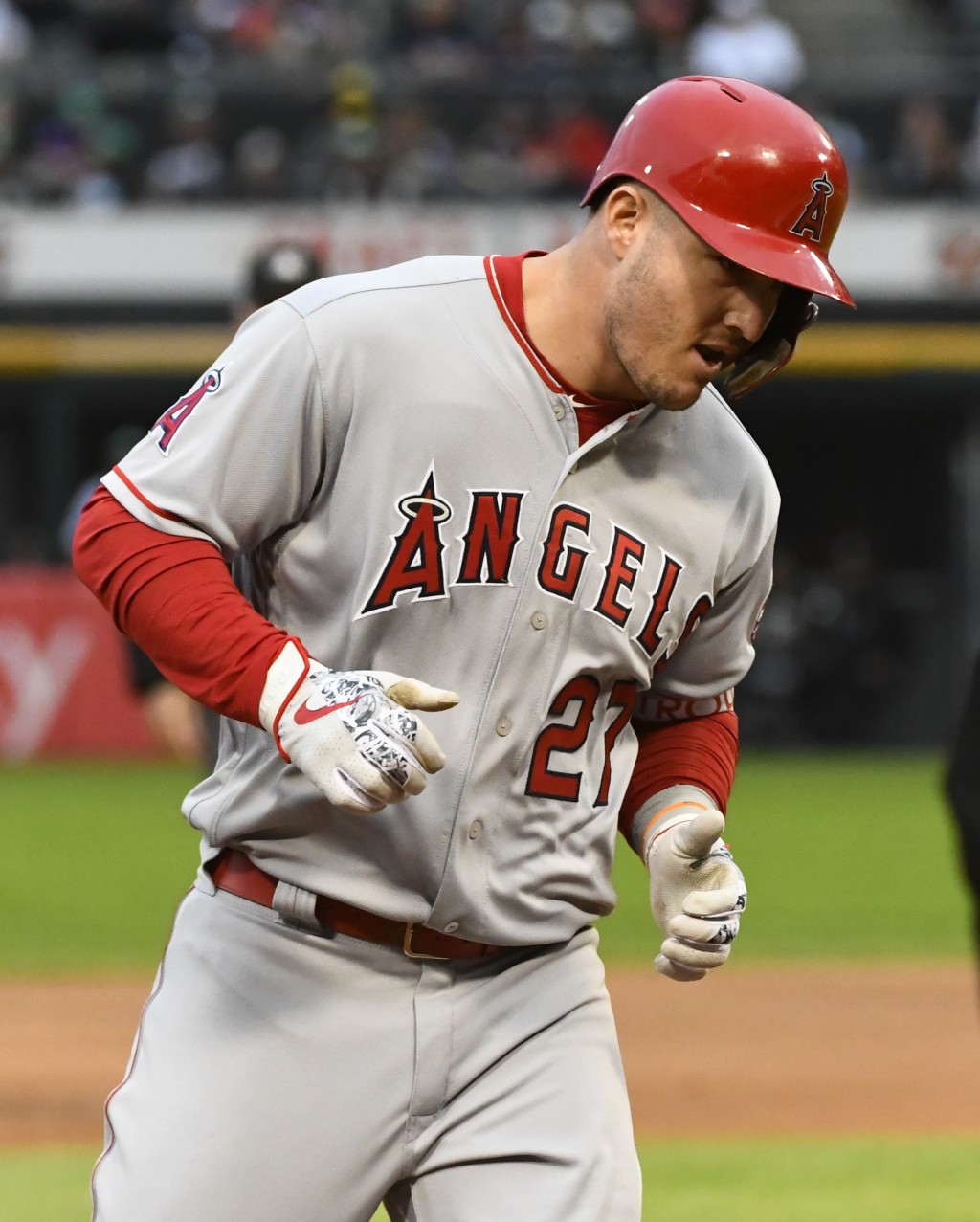 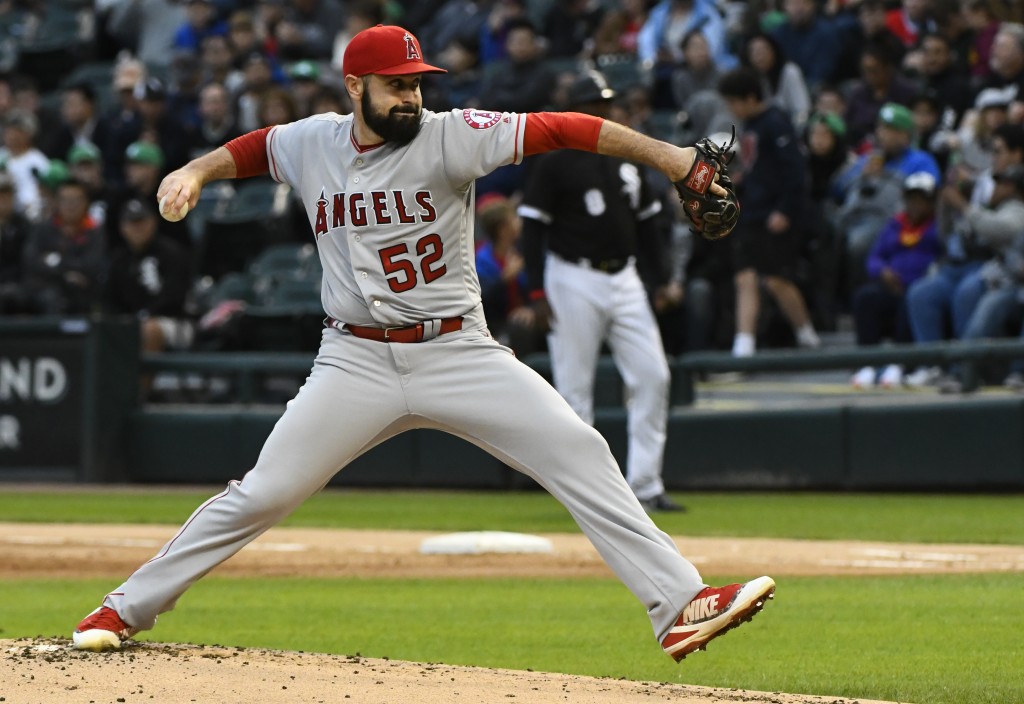 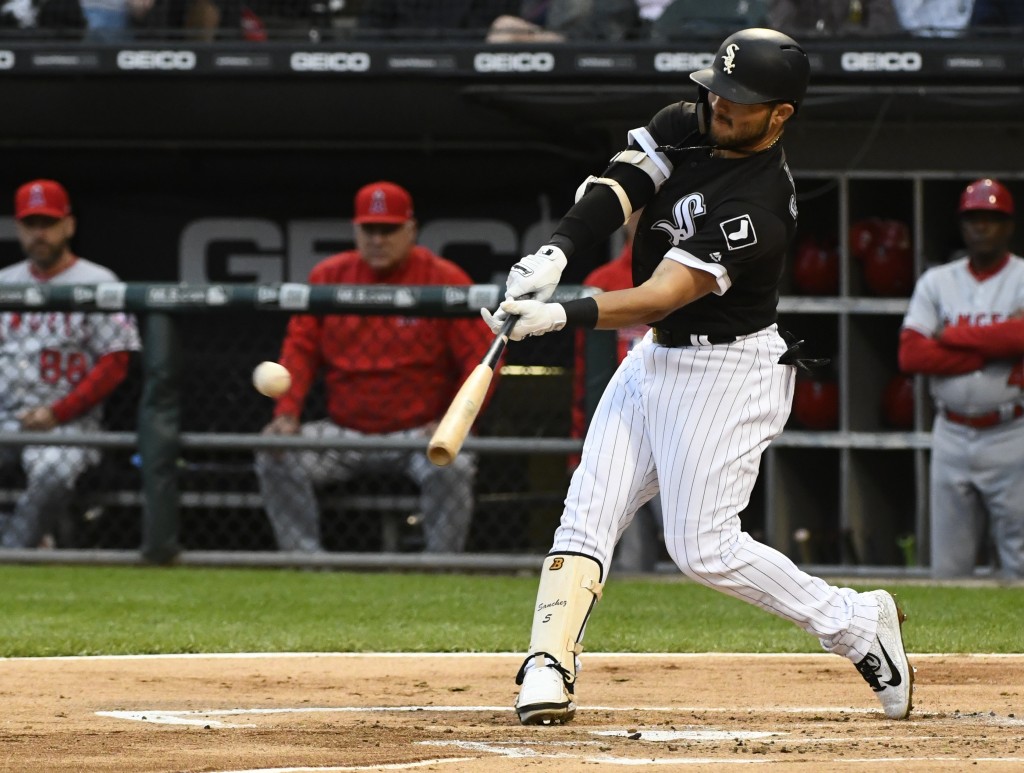 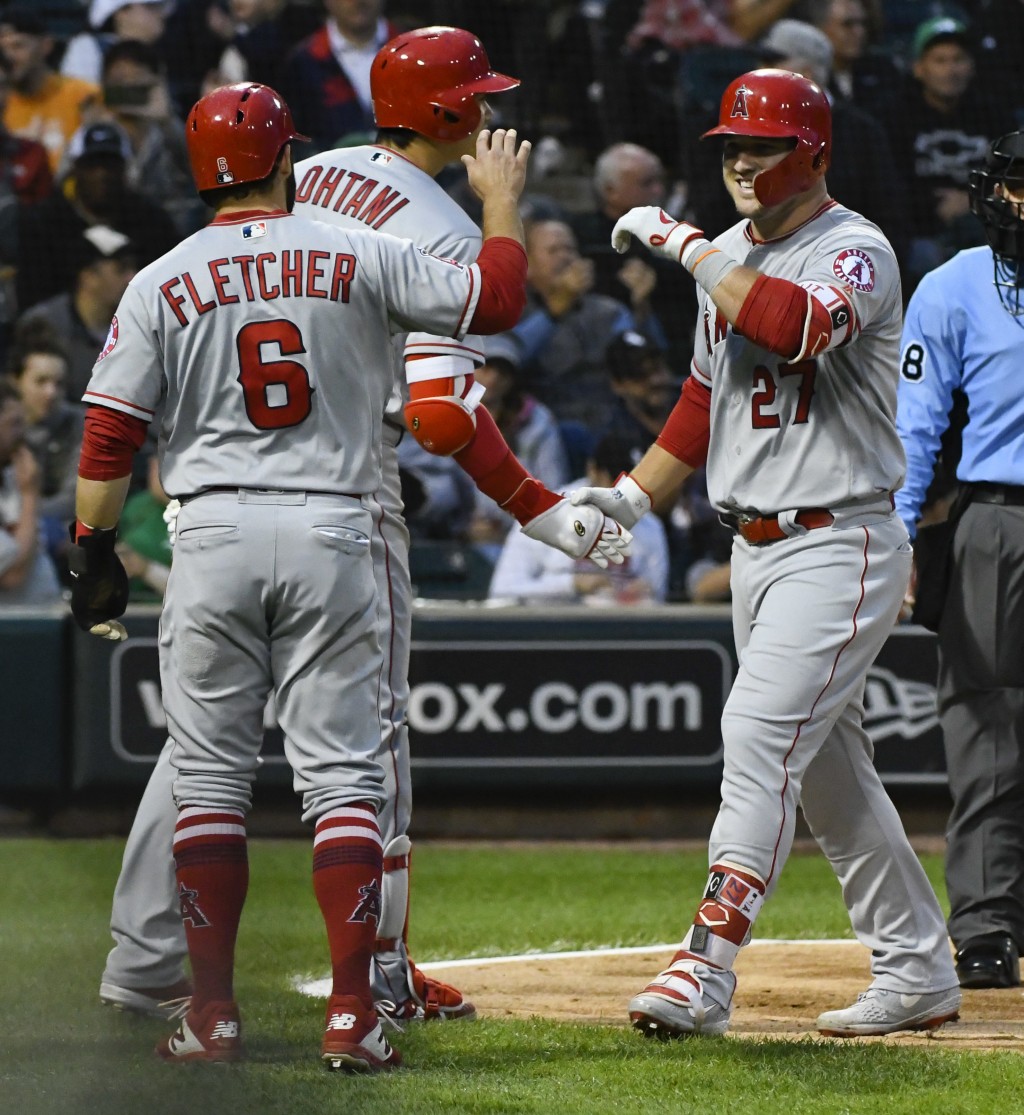 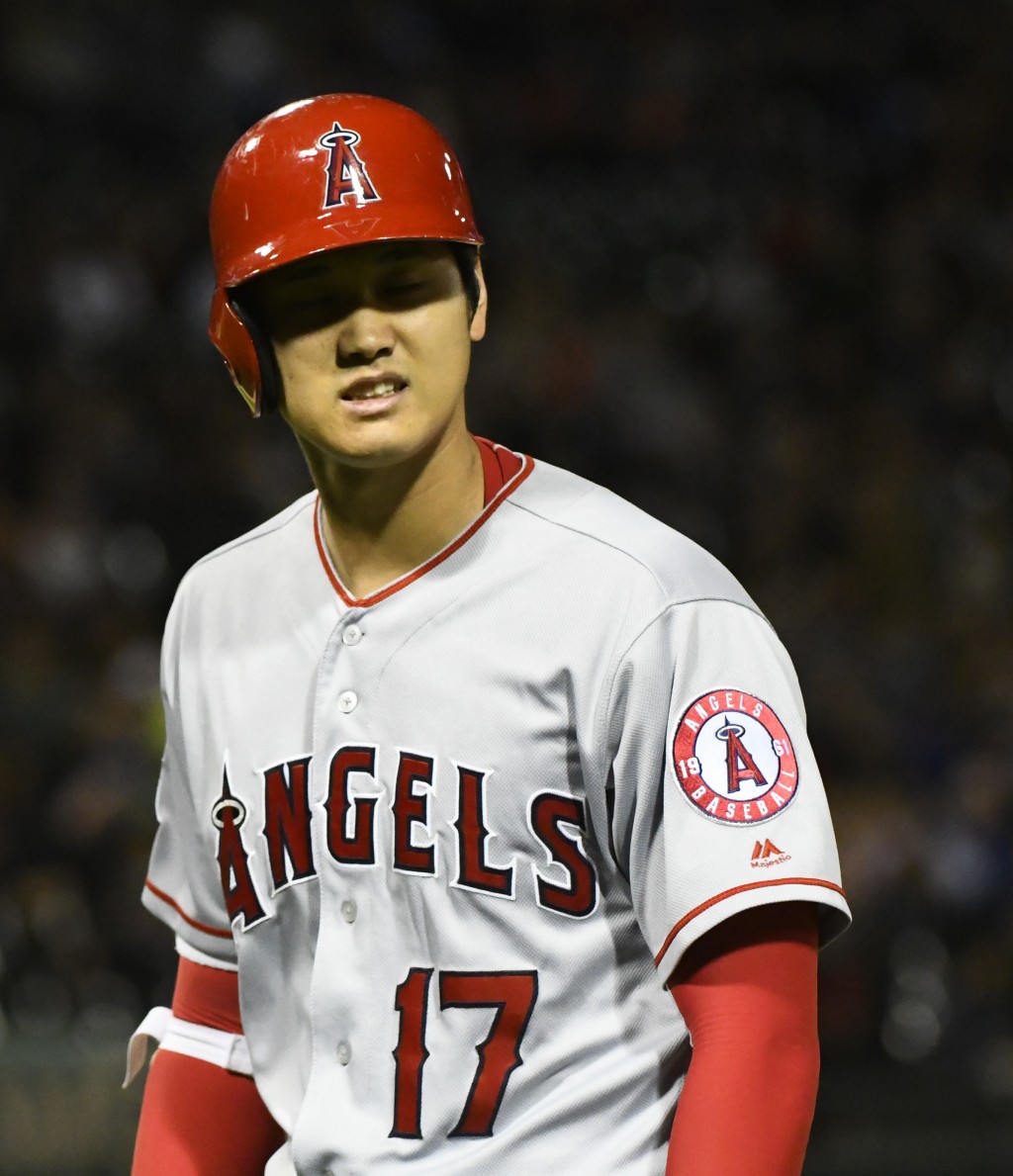 Trout's 5-for-5 performance matched his career high for hits in a game and raised his batting average to .314. David Fletcher, Shohei Ohtani and Andrelton Simmons had two hits each for the Angels, who have won four of five.

Ohtani hit a bases-clearing triple and scored on one of Thyago Vieira's three wild pitches in a six-run ninth inning.

Yolmer Sanchez and Kevan Smith each had two hits for the White Sox, who lost their fourth straight.

Trout hit a full-count, two-run homer to center field with one out in the first inning. Justin Upton added an RBI single to make it 3-0.

Trout smacked another full-count homer off White Sox starter James Shields — a three-run shot for his 33rd home run of the season — in the third, extending the lead to 6-1. He has 14 career multi-home run games and four this season. His most recent was July 25, against the White Sox.

Five of Trout's eight career hits against Shields have been home runs. In his other at-bats, Trout singled.

Matt Shoemaker (2-0) gave up three runs and seven hits for the Angels in his second start since coming off the disabled list and third overall start this season. He has allowed six runs in 15 2/3 innings. Shoemaker missed 134 games after his season debut due to a right forearm strain.

Yoan Moncada and Sanchez hit back-to-back doubles in the first to pull the White Sox within two.

Smith's double in the fourth cut the lead to 6-3.

The White Sox placed right-hander Michael Kopech on the 60-day disabled list Saturday after learning Friday he will likely need Tommy John surgery and miss next season. The team purchased the contract of right-hander Rob Scahill, who was 3-4 with a 5.64 ERA in 52 relief appearances at Triple-A Charlotte.