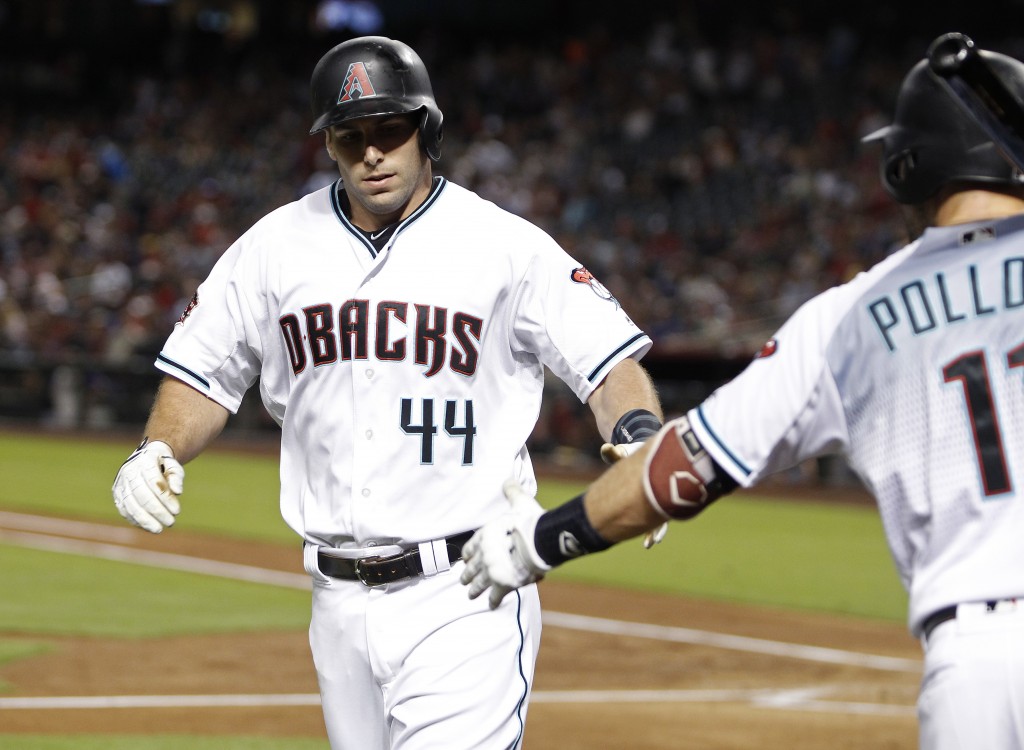 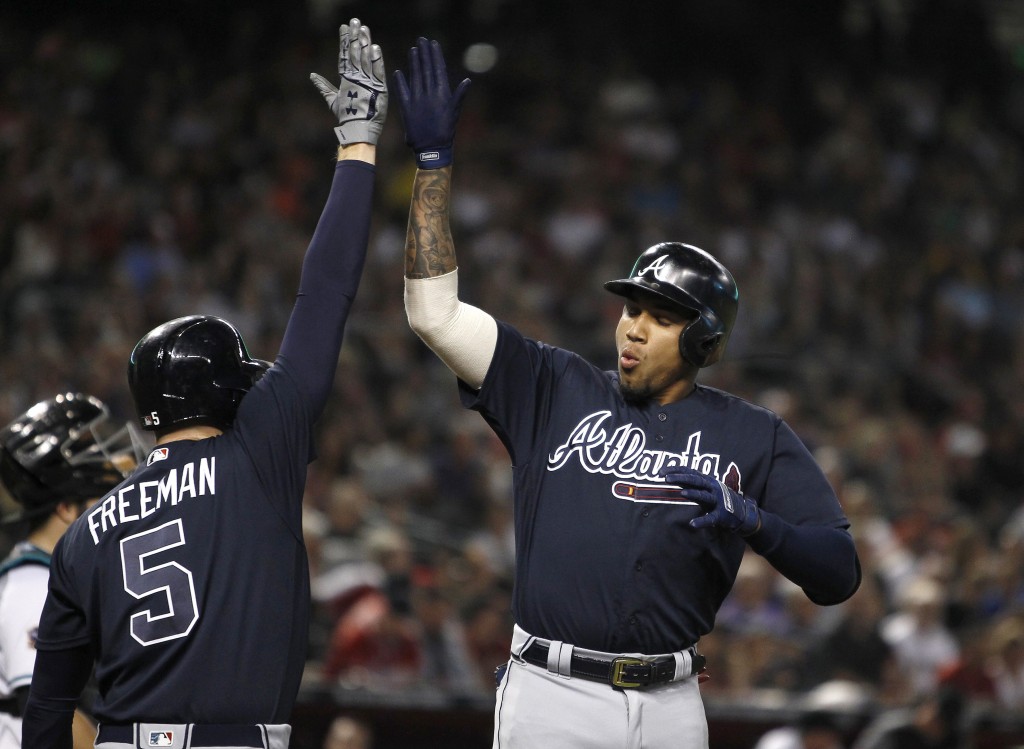 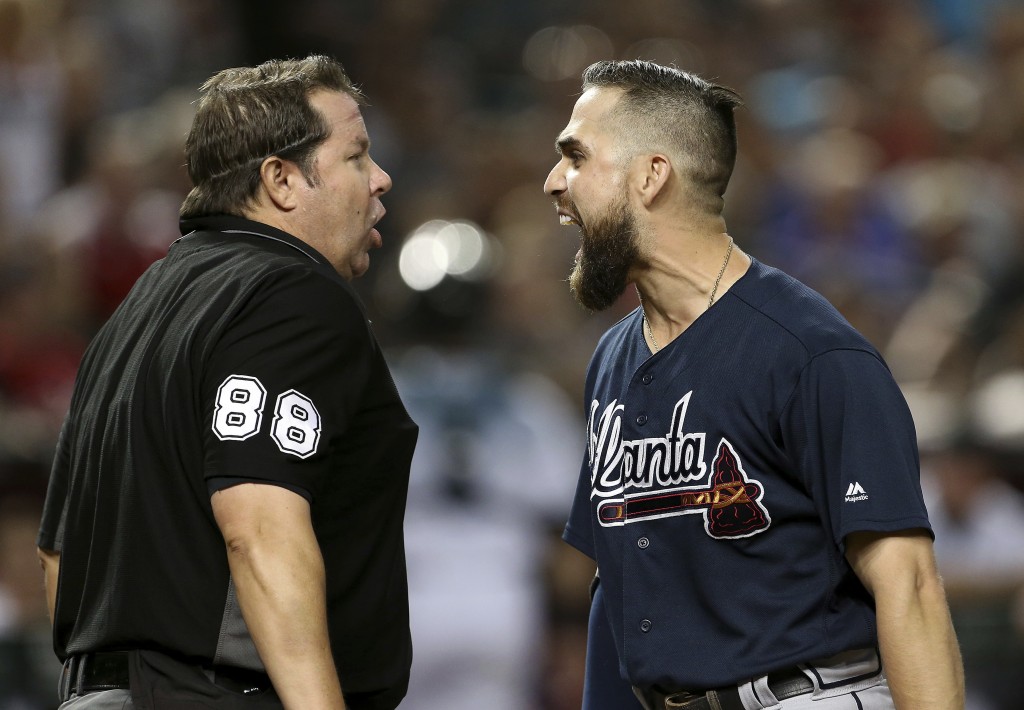 PHOENIX (AP) — Paul Goldschmidt hit his 33rd home run and the Arizona Diamondbacks took an early lead and held off the Atlanta Braves 5-3 Friday night in a matchup of slumping playoff contenders.

The NL East-leading Braves lost for the fourth time in five games and had their edge over Philadelphia cut to 2 1/3 games.

The Diamondbacks, who had lost five of six, moved within 1 ½ games of Colorado atop the NL West.

Johan Camargo homered, doubled twice and drove in two runs for Atlanta. Diamondbacks left fielder David Peralta made a sliding catch on Camargo's shallow flyball for the final out, emphatically pumping his fist to celebrate.

Goldschmidt homered for the ninth time in 27 games, sending an opposite-field drive to right for a solo shot in the first. He reached base in all five of his plate appearances, going 2 for 2 with three walks.

Patrick Corbin (11-5) gave up one run and four hits in six innings, striking out nine. Brad Boxberger got two outs for his 32nd save

Camargo made it 1-all with his 17th homer and second in two days, connecting in the third.

Peralta hit an RBI single in the third as Arizona strung together three straight singles to take a 2-1 lead. After a walk to A.J. Pollock, Descalso bounced a hit through the right side to drive in two more runs.

The Braves battled back in the eighth against Diamondbacks reliever Archie Bradley, who gave up an RBI double to Camargo and consecutive infield hits to Nick Markakis and Tyler Flowers to load the bases with one out.

Brad Ziegler relieved, and an error by shortstop Nick Amhed gave Atlanta another run that made it 4-3. Ziegler protected the lead, striking out Adam Duvall and getting Dansby Swanson to fly out with the bases loaded.

Eduardo Escobar's sacrifice fly gave the Diamondbacks an insurance run in the bottom of the eighth.

Braves OF Ender Inciarte, apparently unhappy with the strike zone, was ejected after striking out swinging at a pitch in the dirt to end the top of the fourth. He said something to home plate umpire Doug Eddings and was tossed, the proceeded to kick at the dirt and shout some more in Eddings' face before going back to the dugout.

Eddings also ejected Braves hitting coach Kevin Seitzer in the eighth when he yelled from the dugout after Duvall was called out on strikes.

Braves: RHP Julio Teheran (9-7) makes his team-high 28th start on Saturday against Arizona. The Braves are 16-11 in his starts this season.

Diamondbacks: Saturday's scheduled starter RHP Clay Buchholz (7-2) has a 0.64 earned run average in his last four starts, but carries a 6.06 ERA in three starts against Atlanta in his career.