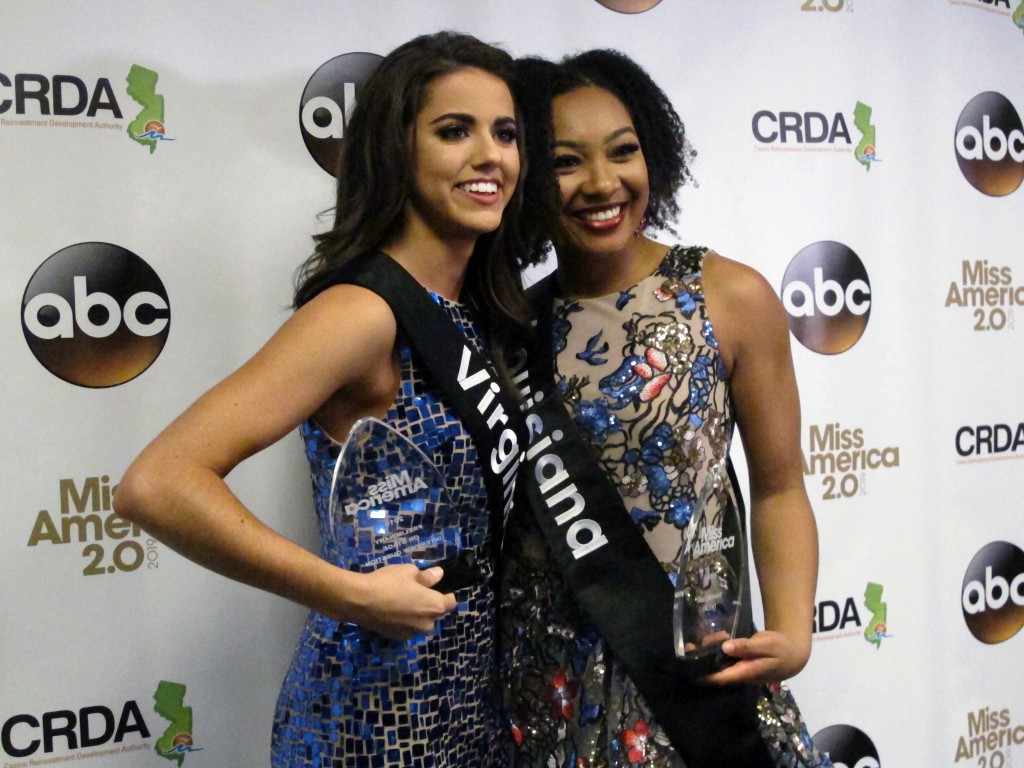 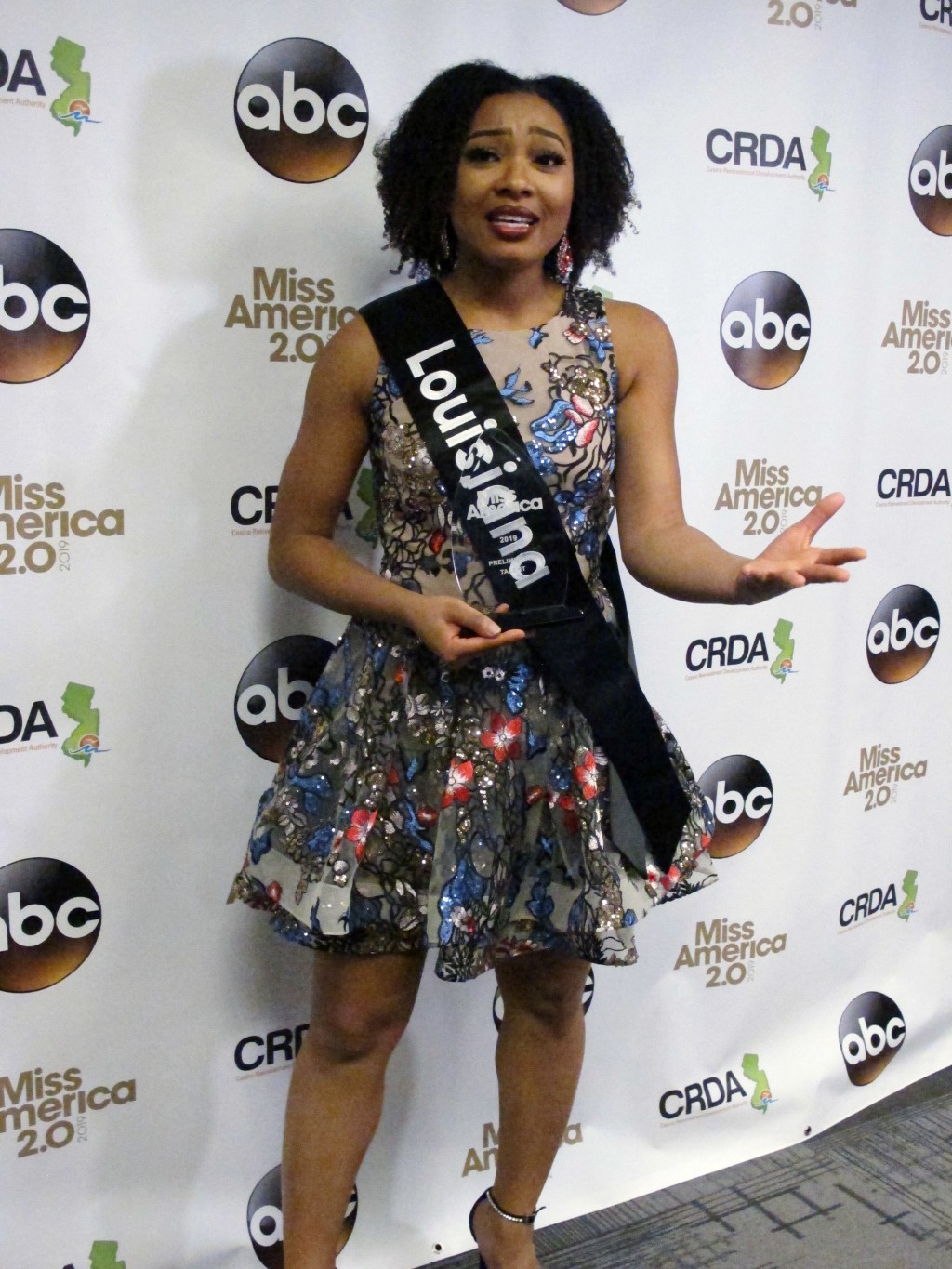 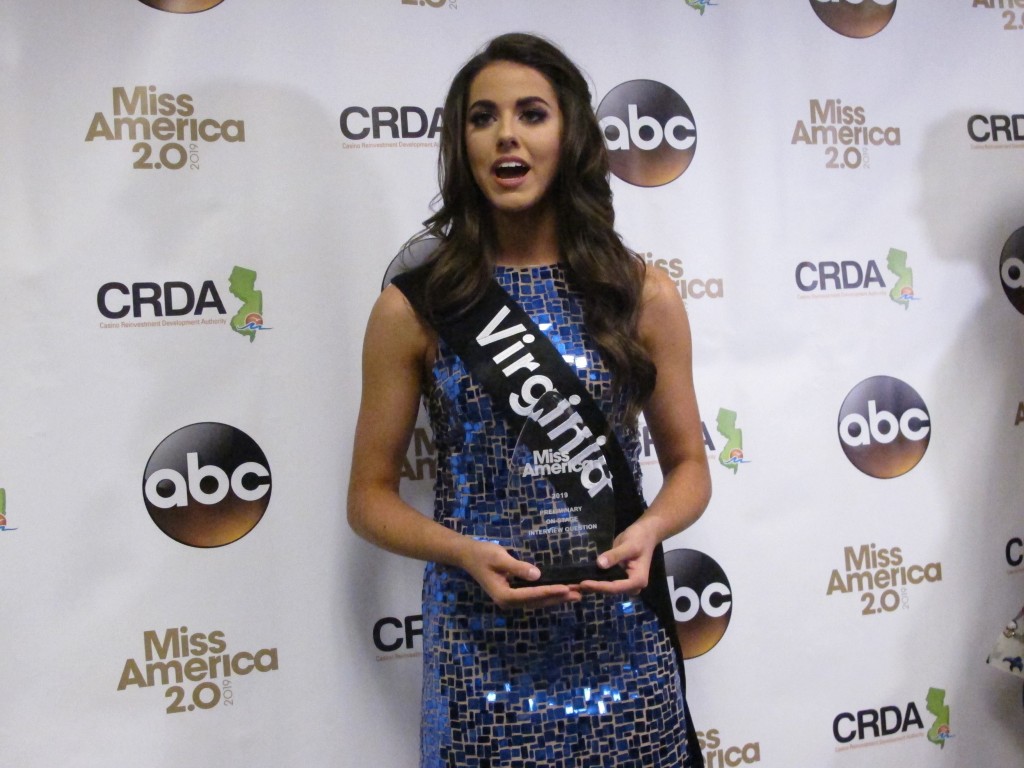 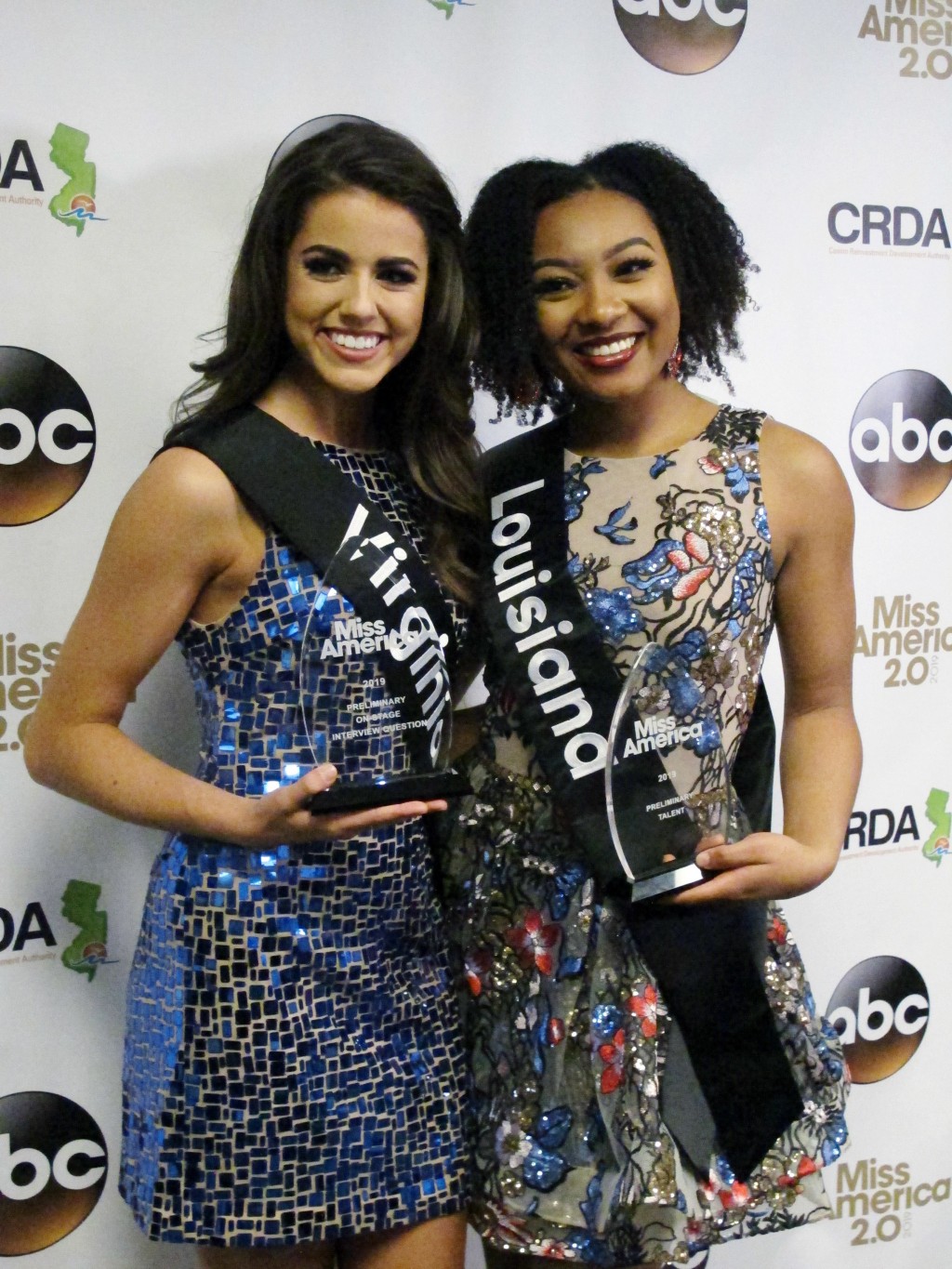 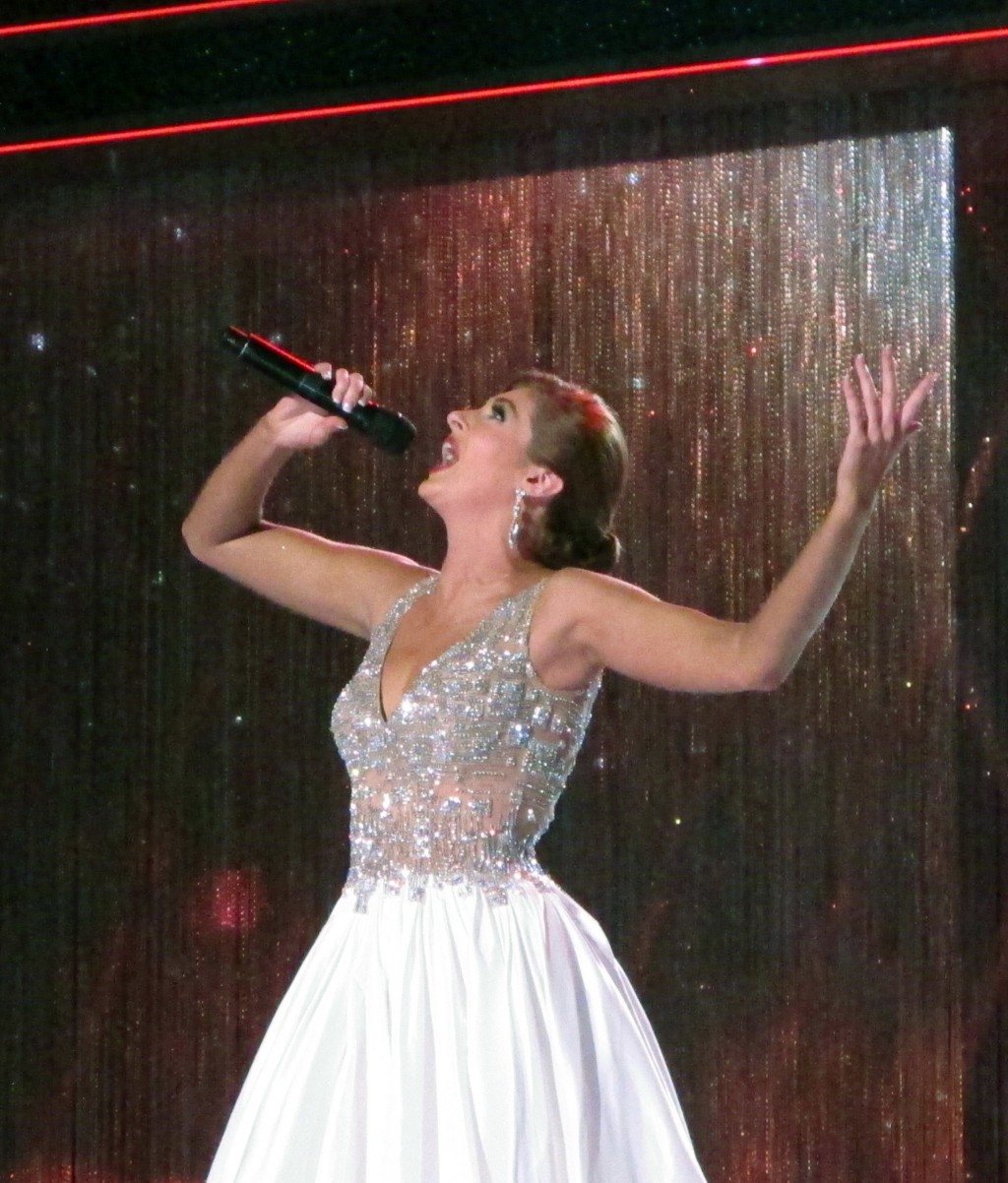 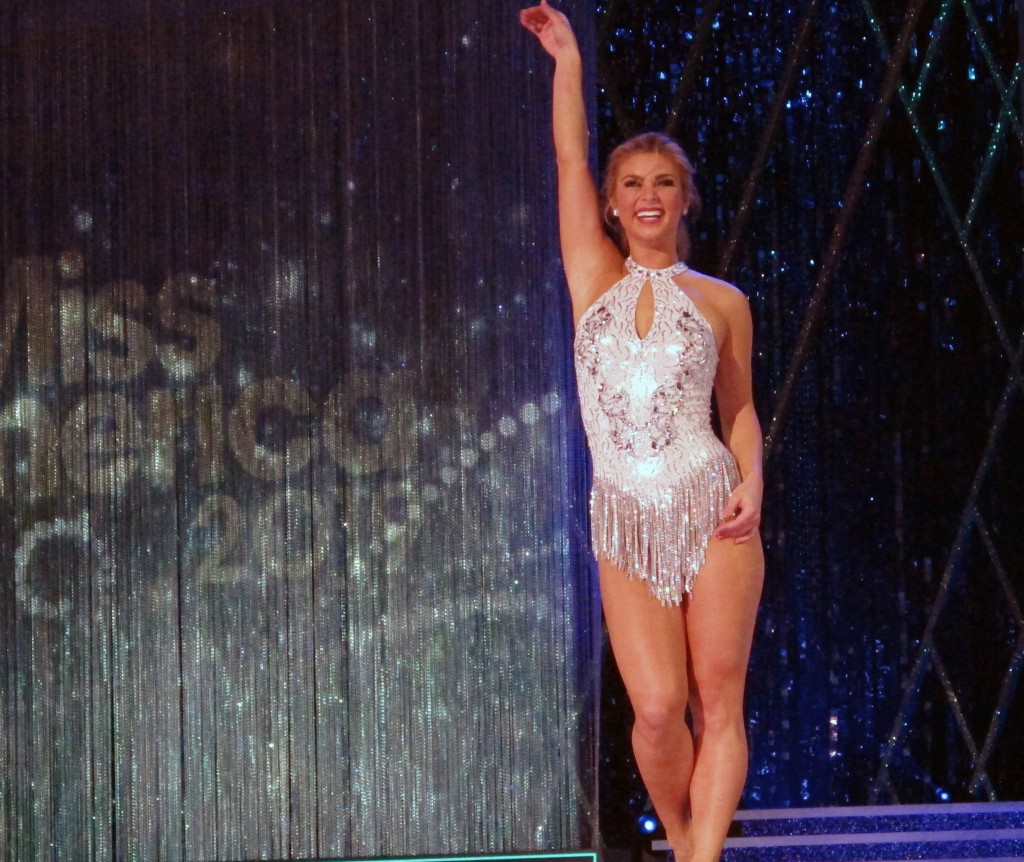 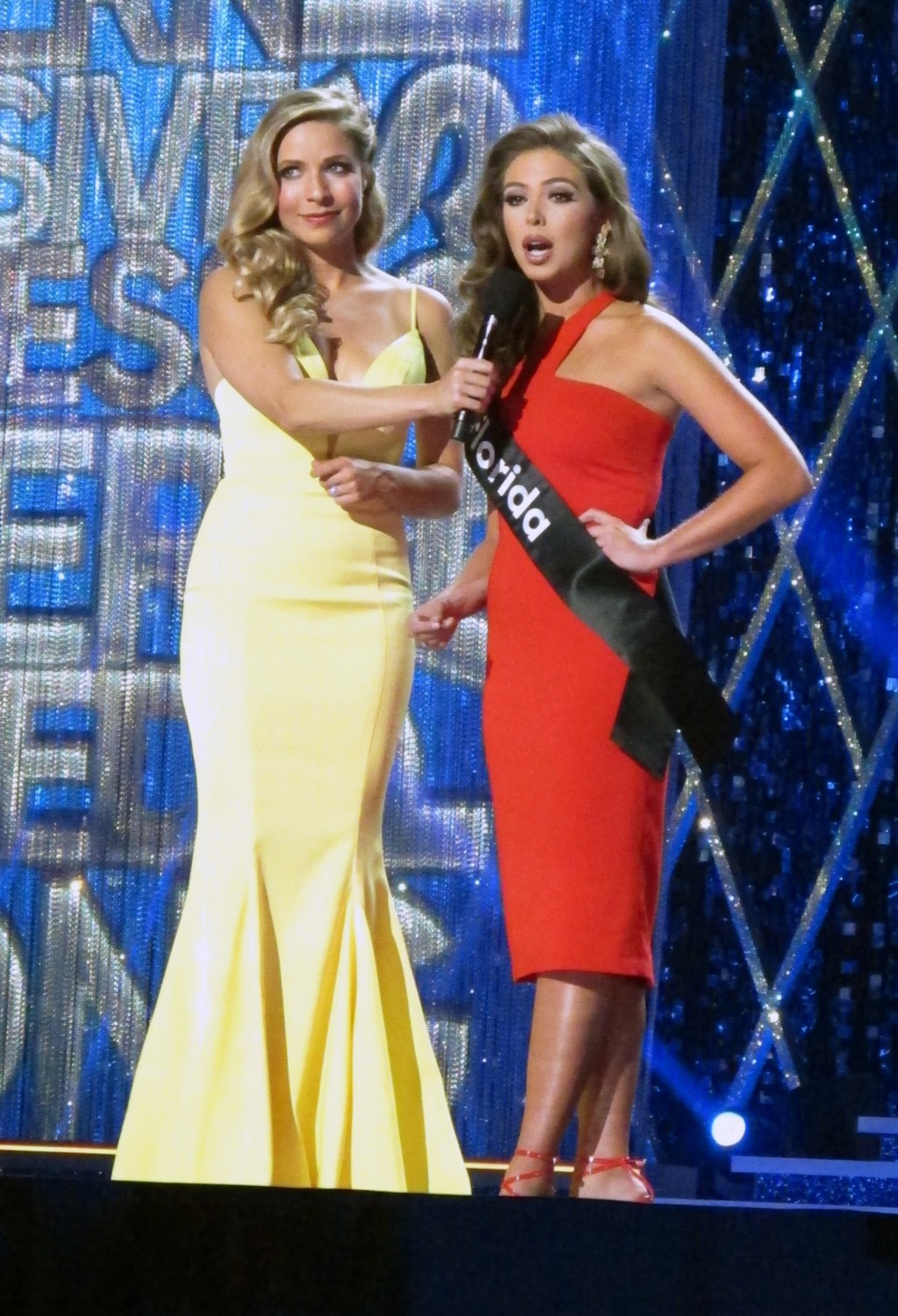 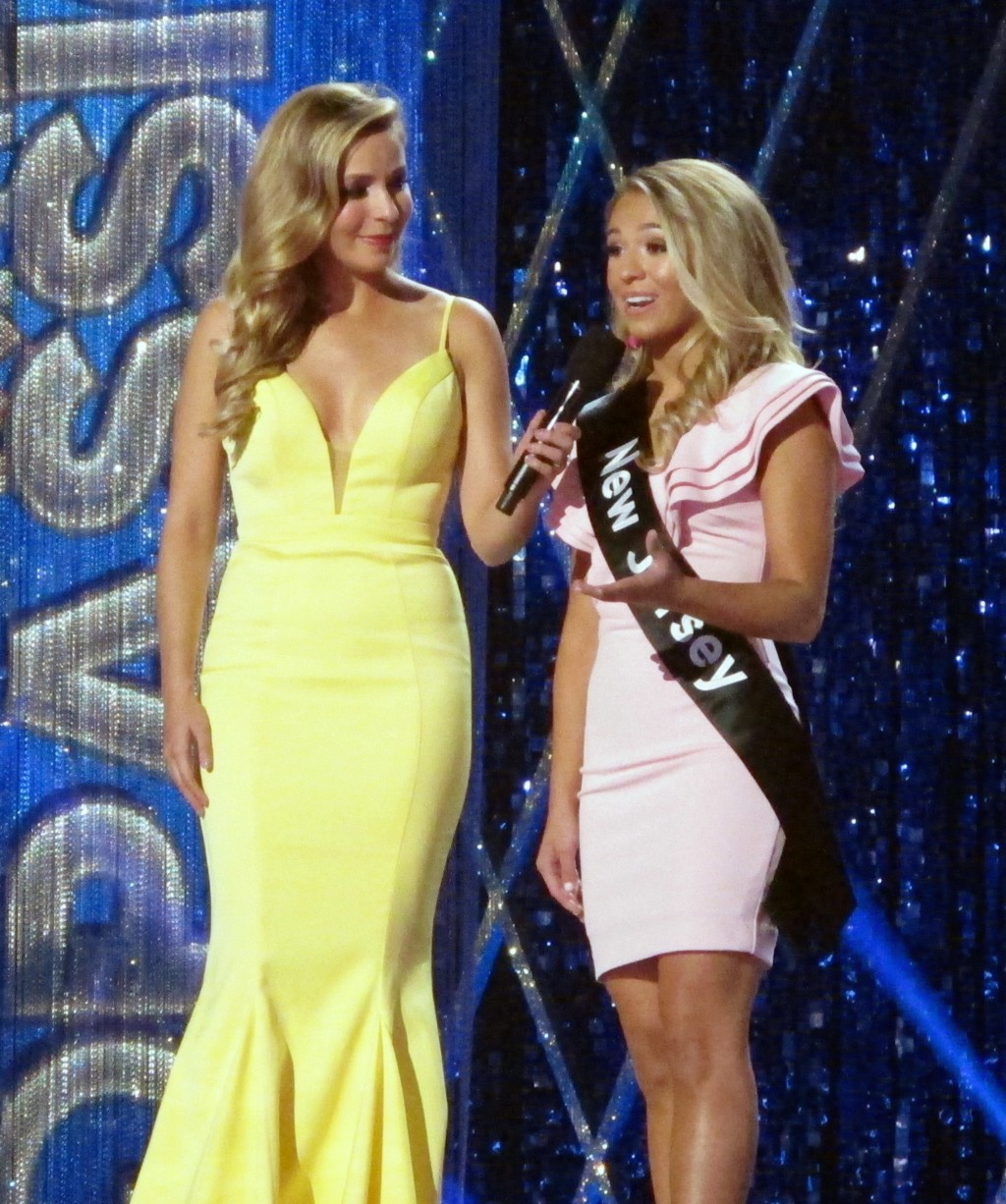 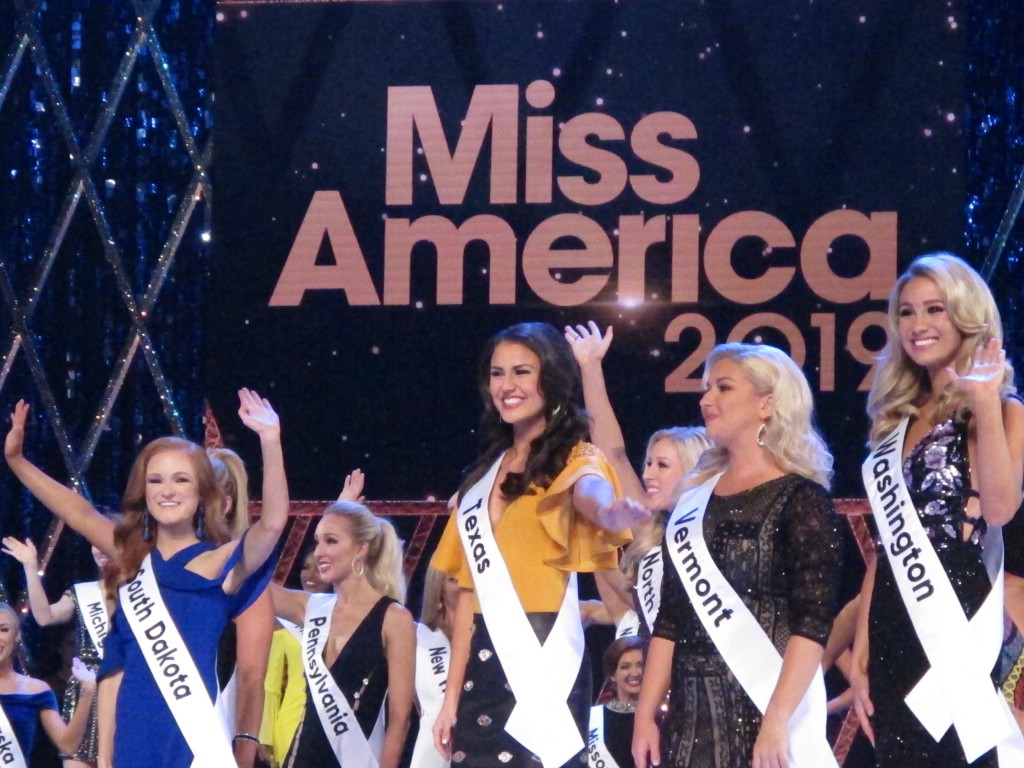 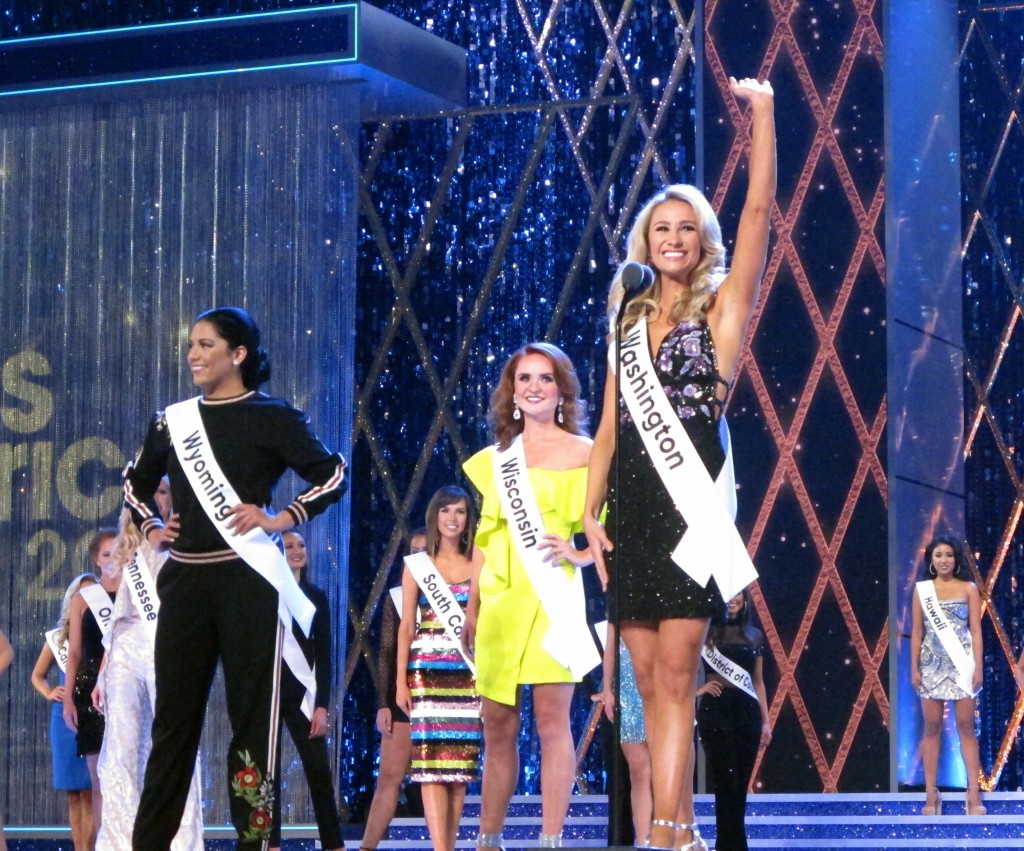 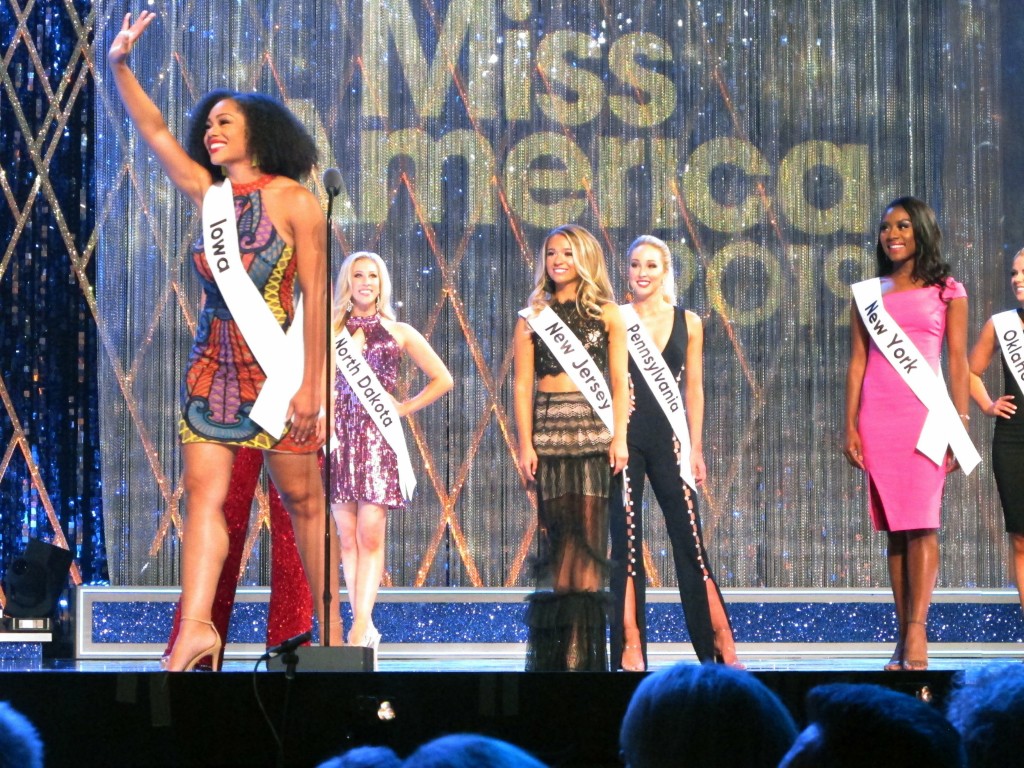 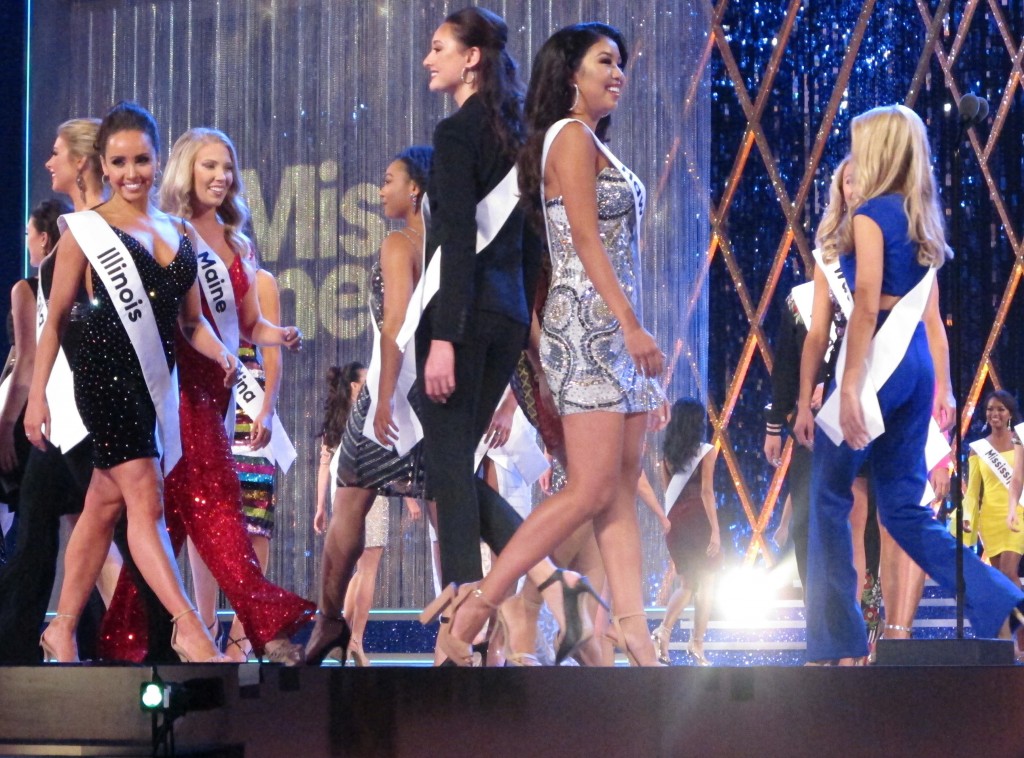 ATLANTIC CITY, N.J. (AP) — The Latest on the third and final night of preliminary competition in the Miss America competition (all times local):

A contestant in the Miss America pageant says President Donald Trump "has caused a lot of division in our country."

During her onstage interview, Miss West Virginia Madeline Collins was asked what is the most serious issue facing America.

She said Trump "is the biggest issue for our country today."

The interview responses were limited to 20 seconds and she did not go into further detail.

This is the first year in which the Miss America pageant has dropped swimsuit competition in favor of onstage interviews.

The third and final night of preliminary competition in the swimsuit-less Miss America pageant is set for Friday night.

During the first two nights of competition, some of the onstage interview questions that are replacing swimsuits have touched on hot button issues, including NFL national anthem protests.

A question on the propriety of those protests helped propel Miss Virginia Emili McPhail to a preliminary win Thursday night.

She told judges players have the right to protest by kneeling, noting that the real issue is police brutality.

In the talent competition, Miss Louisiana Holli' Conway won for a vocal performance, singing "I Believe."

On Wednesday , Miss Florida Taylor Tyson won the talent competition for a piano performance, and Miss Wisconsin Tianna Vanderhei won the interview competition for her comments on education.