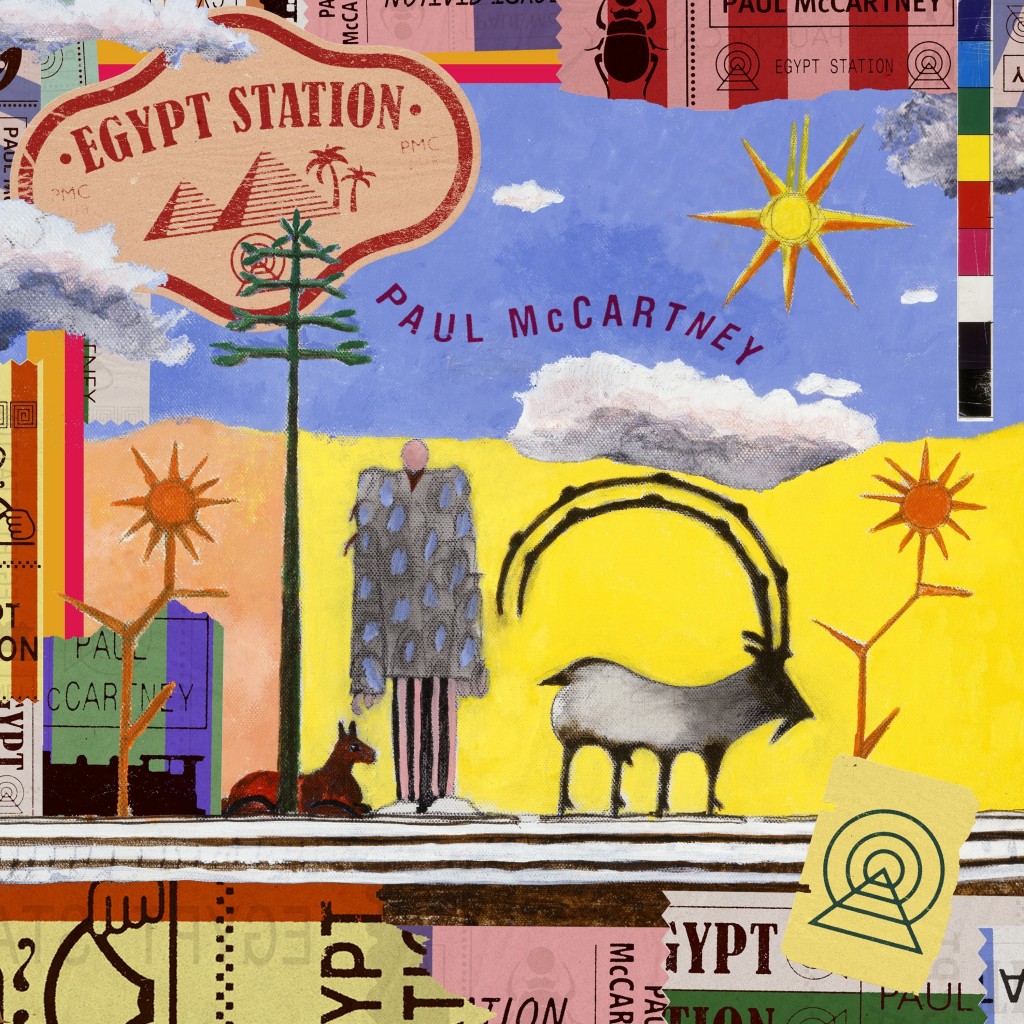 Let's get the titillation out of the way: Yes, Paul McCartney has a song on his new album in which he sings, "I just want to fuh you," but it certainly sounds like something else. Maybe it is. And, no, the septuagenarian knight isn't just now discovering his randy roots — there are numerous examples throughout his Beatles and solo careers where Macca was bringing the sexy bacca. Just what was it that he wanted to do in that road?

Now, can we get past that? Because, honestly, what's most impressive is not what the 76-year-old sees — or sings about — when he turns out the light. The best news is that one of the world's greatest pop songwriters can still break some sonic ground and unearth gems six decades into his career. "Fuh You," for all its juvenile smarm and charm, might be what gets listeners in the door but it's nowhere close to the best thing on "Egypt Station."

For starters, candor of another kind that sets this collection apart. "I Don't Know" has the hallmarks of classic McCartney, with its stately piano, Beatlesque drum and melodic bass. But lyrically he trades his trademark optimism for regret and rumination: "I've got so many lessons to learn," he intones. "What am I doing wrong? I don't know."

"Happy With You" offers "Blackbird"-style finger-picking and foot-tapping. Yet the man who was jailed in Japan for pot possession now sings, "I sat around all day, I liked to get stoned. I used to get wasted but these days I don't because I'm happy with you."

The master songcrafter is not above a little inscrutability. In the open, folky expanse of "Confidante," he sings to a former friend or lover, "In our imaginary world where butterflies wear army boots and stomp around the forest chanting long-lost anthems." It's a callback to his fallen, former bandmate, John Lennon. It even sounds like something that might have come from an eyeball-to-eyeball songwriting session with Lennon.

If more cheek is what you seek, it can be found on "Come on to Me." It's a McCartney-by-numbers, piano-pounding bluesy rocker with a solid melody and groove. "If you come on to me, will I come on to you?" he sings amid four-on-the-floor drums, harmonica, brass and sinewy bass. It leaves a trifle more to the imagination, which might be best for family listening.

There is some well-trod ground here: "Hand in Hand" and "People Want Peace" come to mind. As he sings in the latter, "I know that you've heard it before." One could, I suppose, do worse than go on about peace and love but they don't add much to his canon.

Still, revelations abound. "Do It Now" is a best-of-McCartney compilation in one song, with regal keyboards, major-minor modulations, countermelodies and a sweet Macca choir that manages to be accessible and experimental. It also offers a revealing lyric about what drives him well past 64: "Do it now while the vision is clear, do it now while the feeling is here. If you leave it too late it could all disappear."

"Despite Repeated Warnings" is the collection's opus: The cautionary tale — about a captain who has his own agenda and ignores the will of his people — begins majestically, then out of nowhere comes a sonic shift that would give Uncle Albert and Admiral Halsey a start. Driving rock, guitars and soulful horns call to mind his mid-'70s best, and it goes even faster and rockier before powering down again.

"Egypt Station" proves McCartney is not done. Nor should he be, when he can take some risks, capitalize on his strengths and, at times, rival the heights of strongest solo work. Come for the adolescent yearning, but stay for a rewarding, mature ride with stops old and new. It's certain to offer something, um, fuh you.