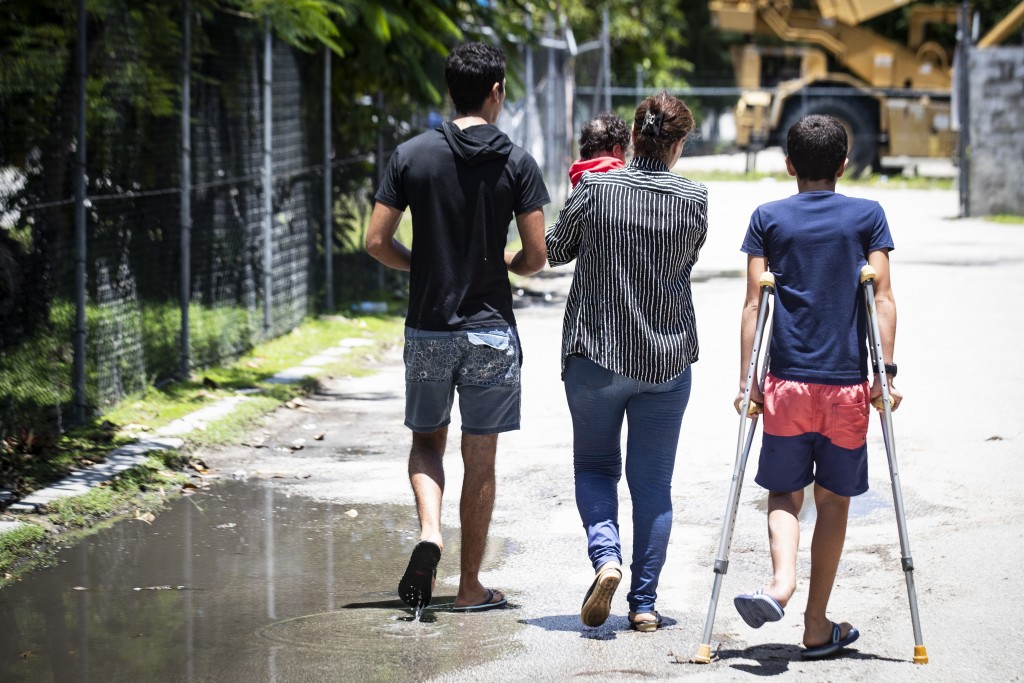 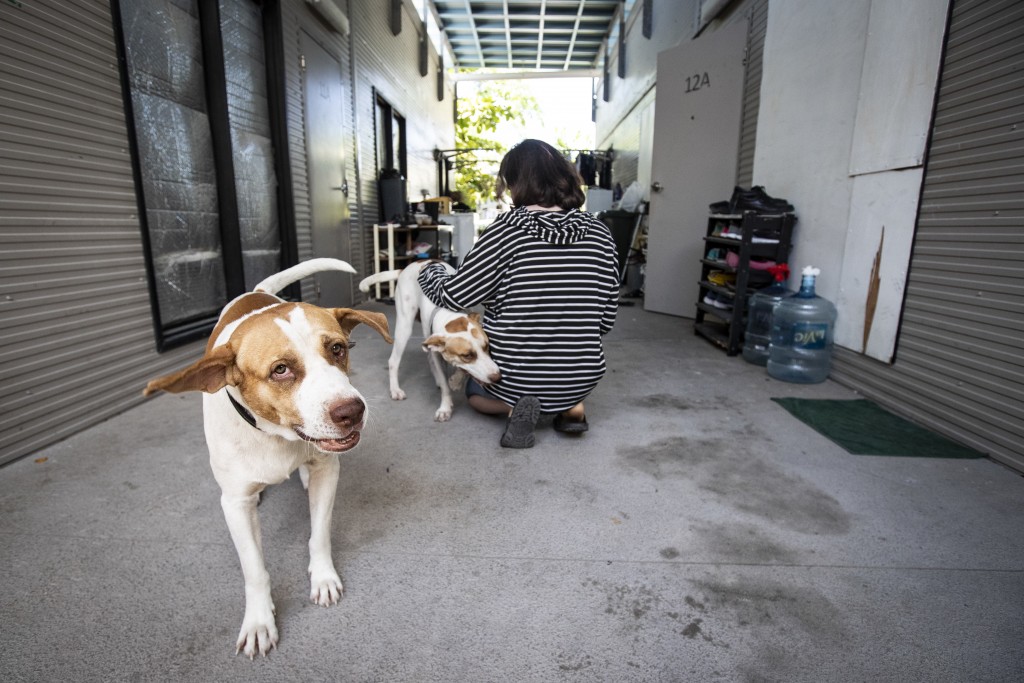 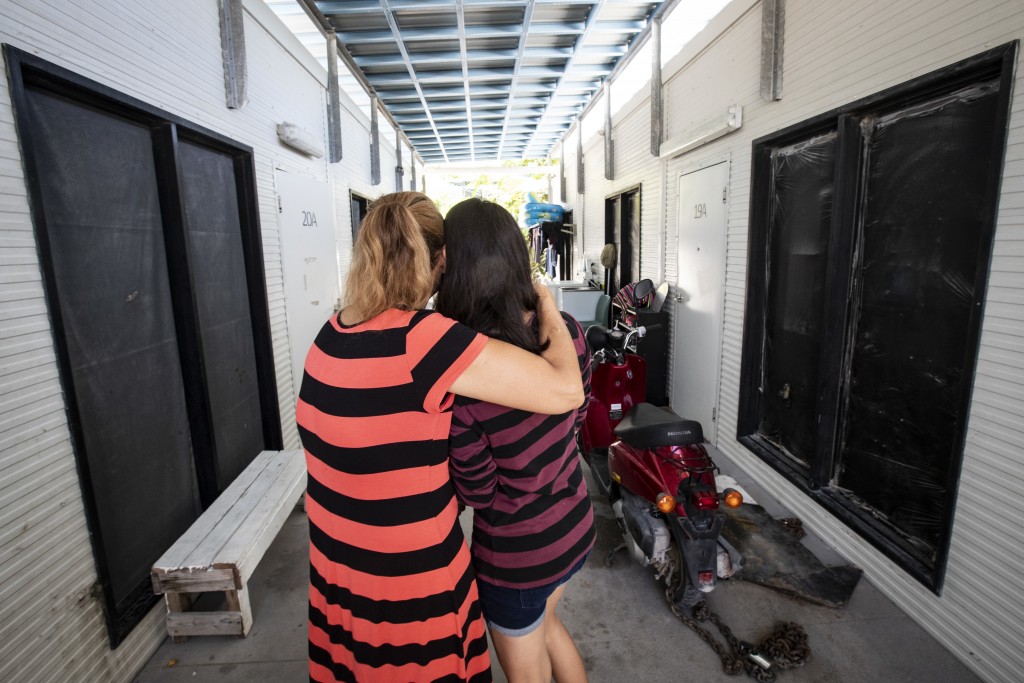 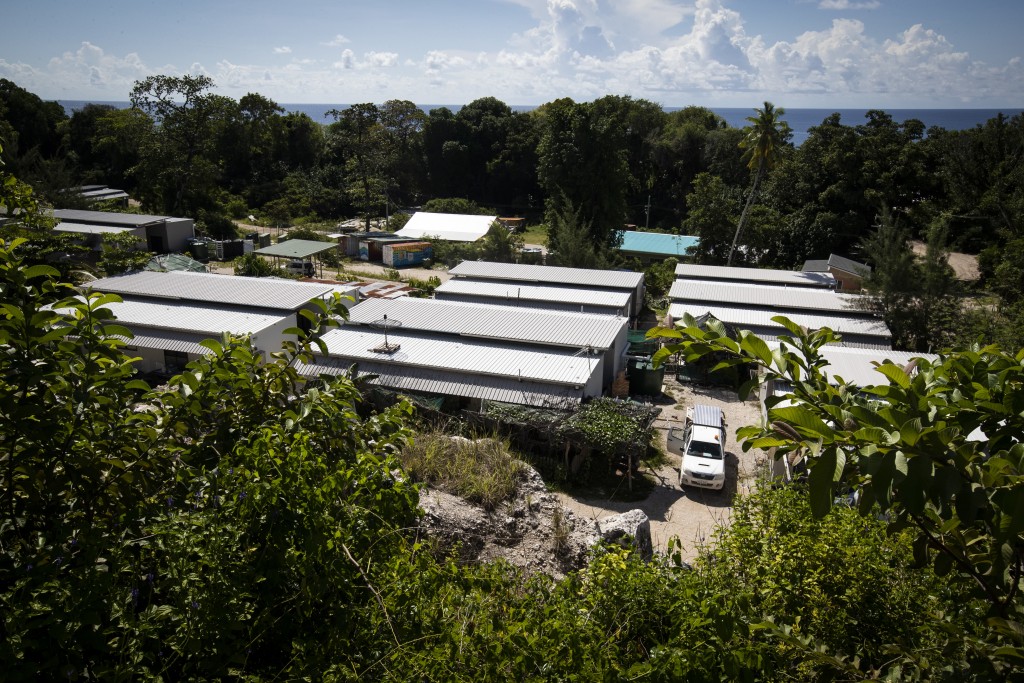 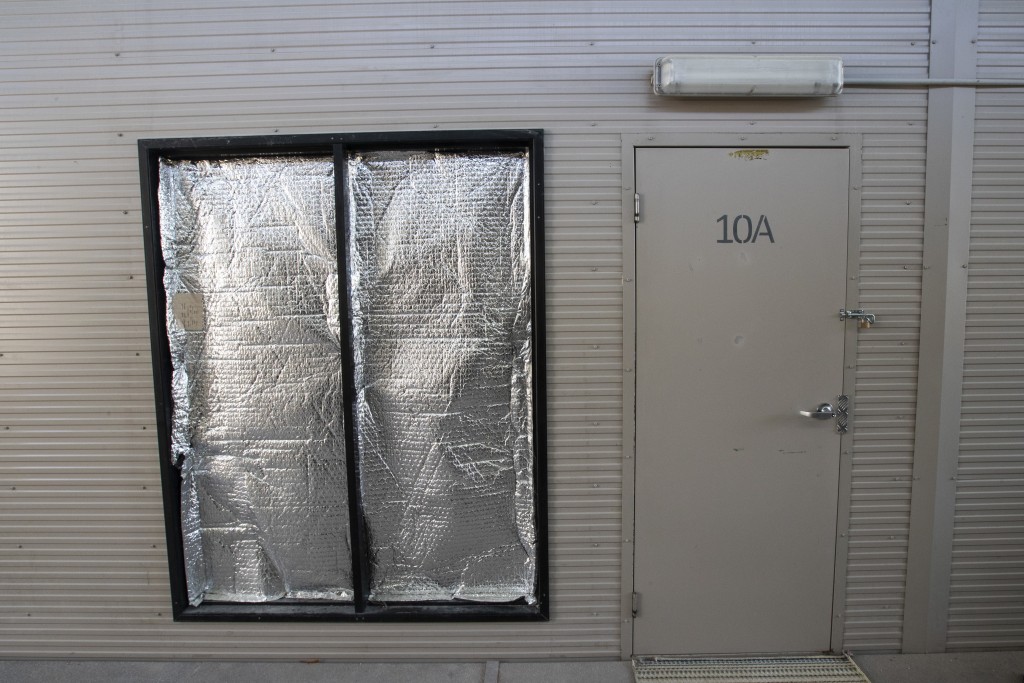 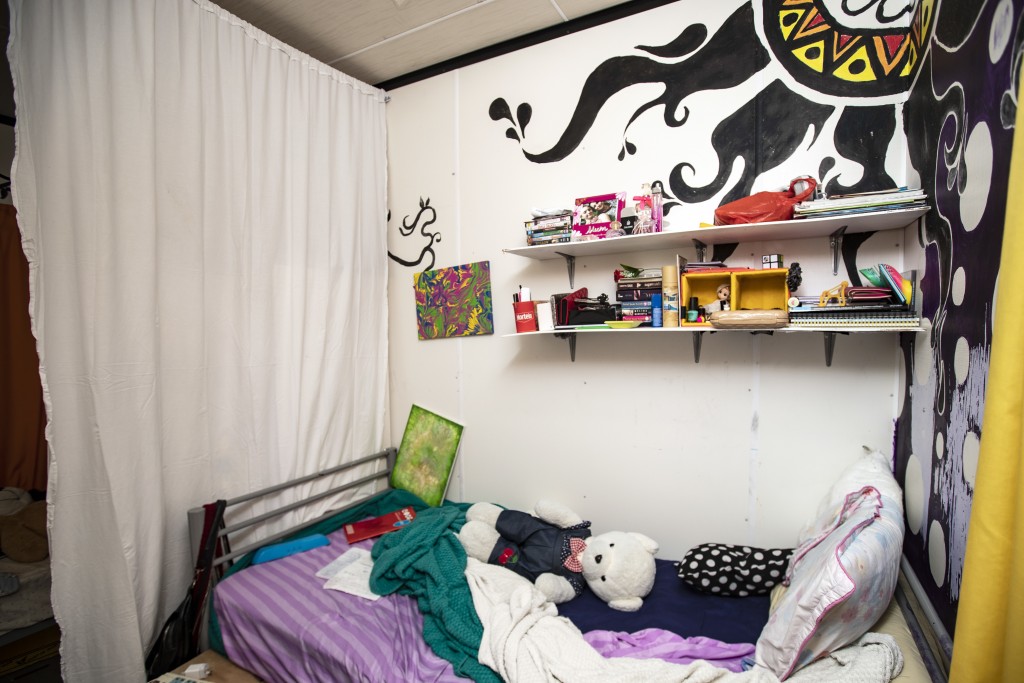 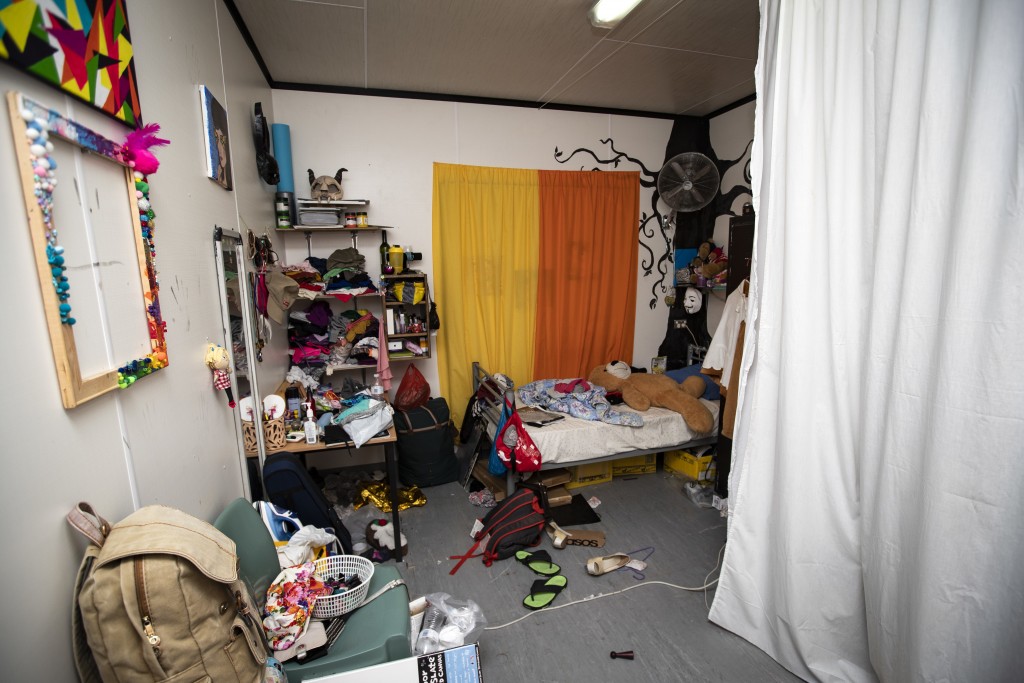 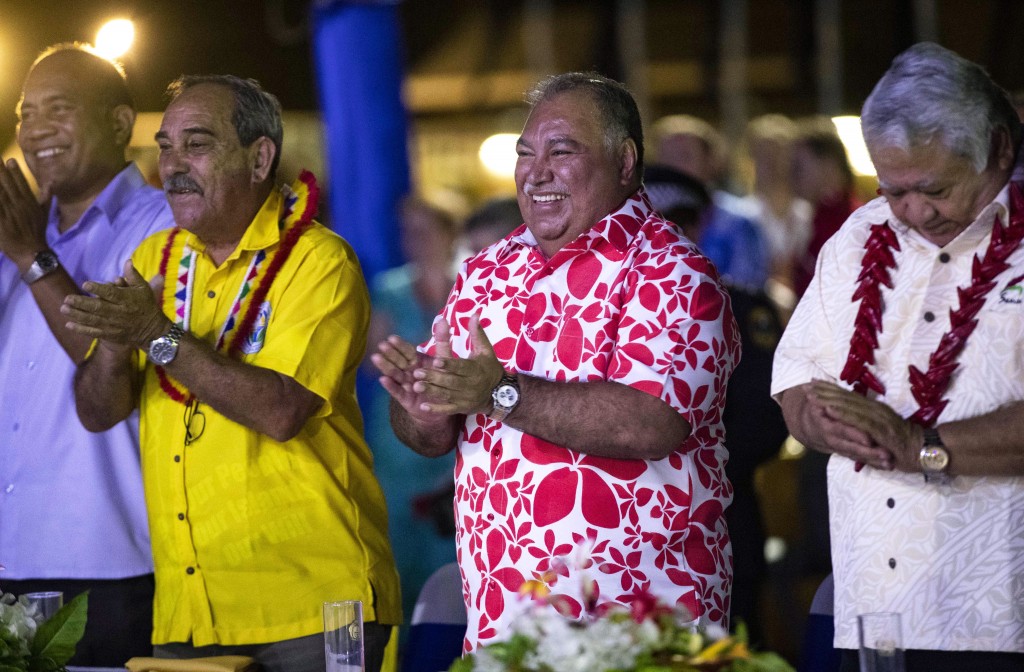 NAURU (AP) — Surrounded by the shelves and furniture her older brother made, 13-year-old Parnian sits in the small, neat living room where she spends much of her time, recalling the day two years ago she watched family friend Omid set himself alight.

"It was just down there," she says, motioning toward a patch of dusty earth in front of a couple of shipping containers on this hot, rocky part of the island that locals call Topside. "And then the man was on fire. And he was just screaming."

Omid, 23, was airlifted from the Nibok refugee settlement, where Parnian lives, to a hospital in Australia, where he died two days later. He had timed his protest against Australia using Nauru as a holding station for more than 600 refugees to coincide with a visit by U.N. refugee agency officials.

Australia designed its policy of keeping boat refugees and asylum seekers far from its shores to deter more of them from trying to make the voyage, but many critics say it violates human rights.

Parnian has been stuck on this tiny island for nearly five years now. She spends her days sleeping and watching movies, avoiding the local schools where refugees are often bullied.

She holds little hope of ever leaving. Some of her friends from Myanmar were accepted by the U.S., but her family is among the many Iranian Christians on Nauru who say the U.S. won't take them under its current immigration policies.

Like many of the refugees, Parnian did not want her full name used or her face shown in a photograph for fear of reprisals. She is one of about 120 refugee children and teenagers living on Nauru. In confronting interviews, several of the young refugees described how they often talk with each other about the desperate measures they're considering taking.

A series of Australian court cases has described how some of the refugee children on Nauru have been evacuated because they are suffering from resignation syndrome, a medical condition in which they withdraw socially and stop eating and drinking. Nauru's government claims the children have been manipulated into self-harm by their families and activists in a bid to get to Australia and make headlines.

Not all the refugees feel so helpless. They aren't restricted in their movements on this island of 21 square kilometers (8 square miles) and many work in local businesses. And Nauruans are proud of their country. Before dawn, residents are up and sweeping the streets and sidewalks.

The notion that some refugees could feel so unhappy about life on Nauru does not seem to sit well with its leader, President Baron Waqa.

"They're living with us. They're living among us," Waqa said. "They're running their lives normally, just like any other Nauruans. They're provided all the services that are available to the Nauruans. And, you know, we live together very happily."

Waqa was this week put in the unusual position of facing questions about the refugees from journalists, because the nation of 11,000 people was hosting the Pacific Islands Forum, a meeting of regional leaders.

For years, Nauru had effectively kept journalists away by charging a fee of 8,000 Australian dollars ($5,750) to apply for media visas. Nauru waived the fee for the forum, but allowed only a handful of journalists into the country and placed restrictions on them.

One New Zealand journalist was detained by police for three hours after she was spotted talking to a refugee. And Waqa, whose nation's economy relies on the revenue that Australia provides for housing the refugees, did not seem in a mood to invite journalists back.

"The Pacific is doing a lot of good things. That's probably why (President Donald) Trump is not listening to us, because you people are not supporting us," he told media at a press conference. "You'd rather talk about the issues and refugees and things that only interest you, but not the Pacific."

Helia, 15, a refugee who lives near her friend Parnian at the Nibok settlement, says Nauru feels like a jail. She says it's hard to even consider what a normal life might be like.

"I'd like go to school and after school come back home, go out with my friends, hang out, go to the movies. I don't know," she says. "There's nothing, literally nothing, here. It's not even safe."

Before New Zealand's Prime Minister Jacinda Ardern arrived at the forum, she said she wanted to hear the concerns of refugees. And Mohammad said he wanted to give her a message.

After Ardern arrived, Waqa picked up a guitar and, along with a group of elders, serenaded her with a song he'd written himself. Included was a verse about Ardern's 11-week-old baby Neve: "Her future is bright and secure."

About the same time, Mohammad sent a text to a reporter. He'd heard that Ardern had arrived. Could he meet with her and tell her of the plight of the refugee children?

"Please tell me if you think there is a way," he wrote. Told it wouldn't be possible, Mohammad responded: "Oh," he wrote. "OK."