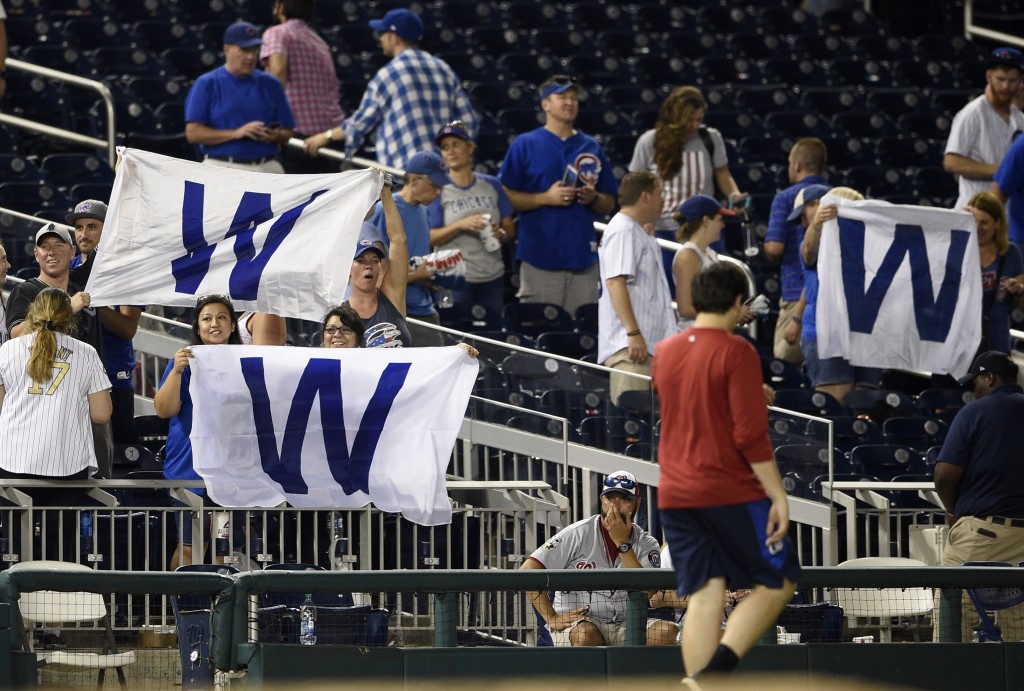 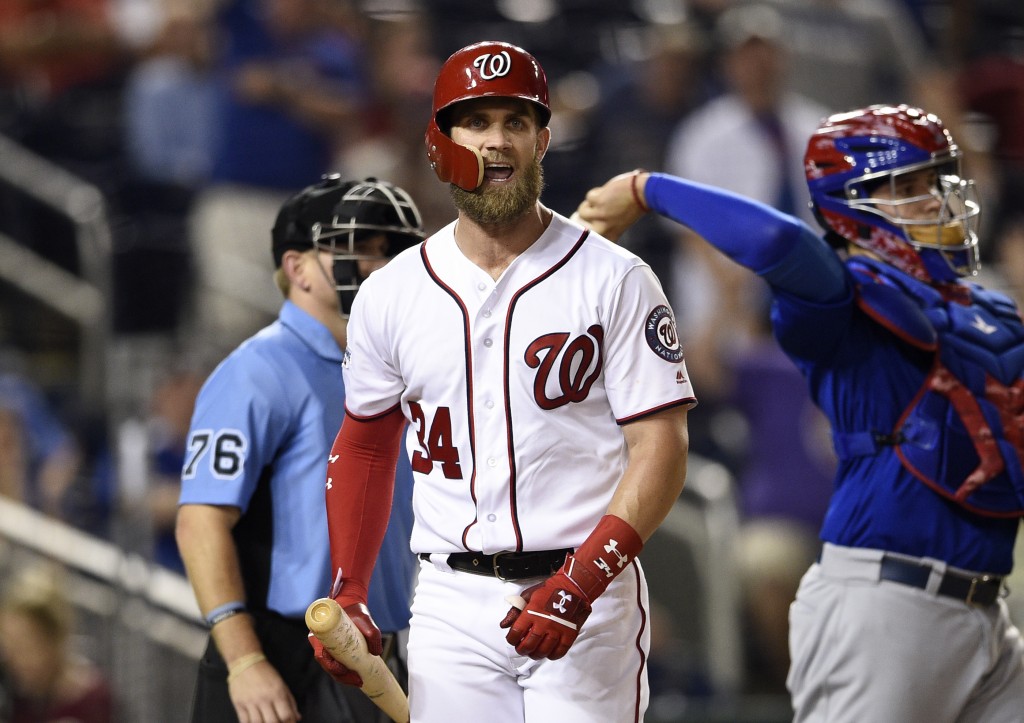 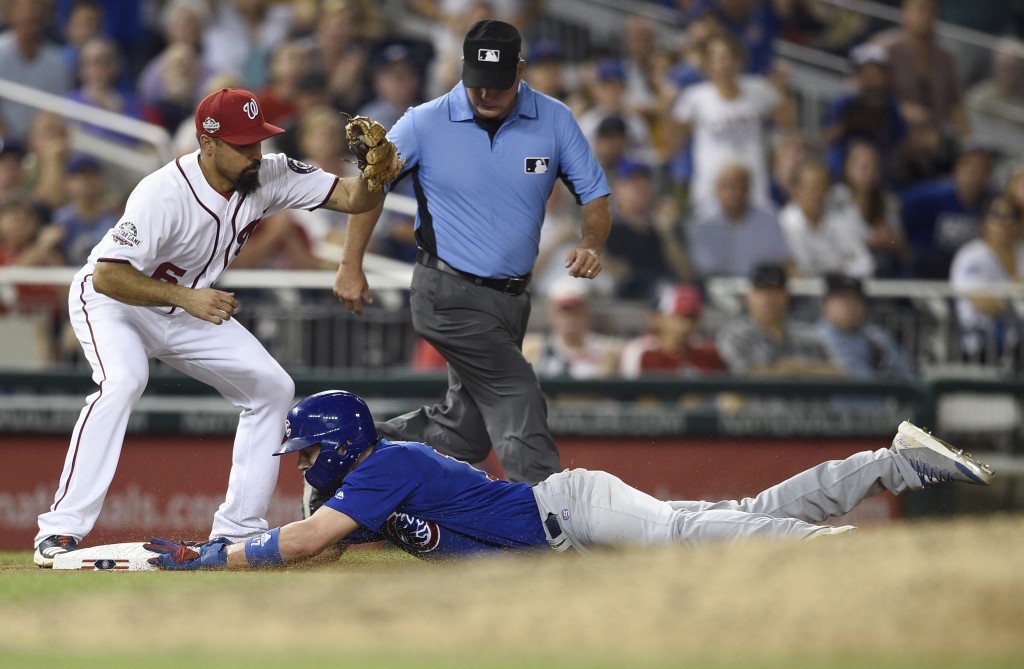 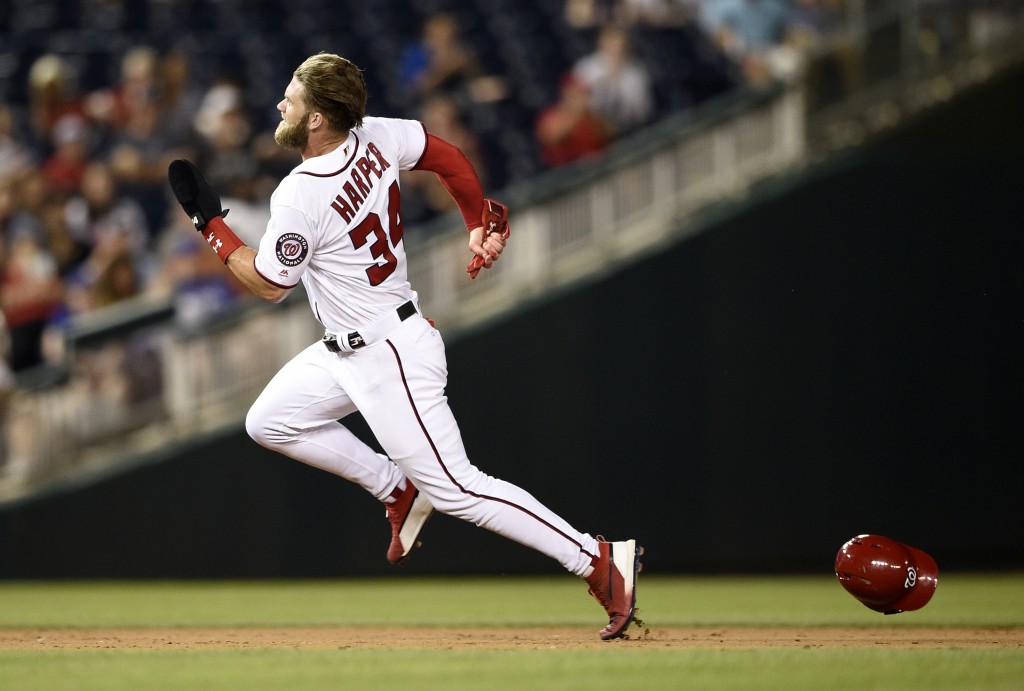 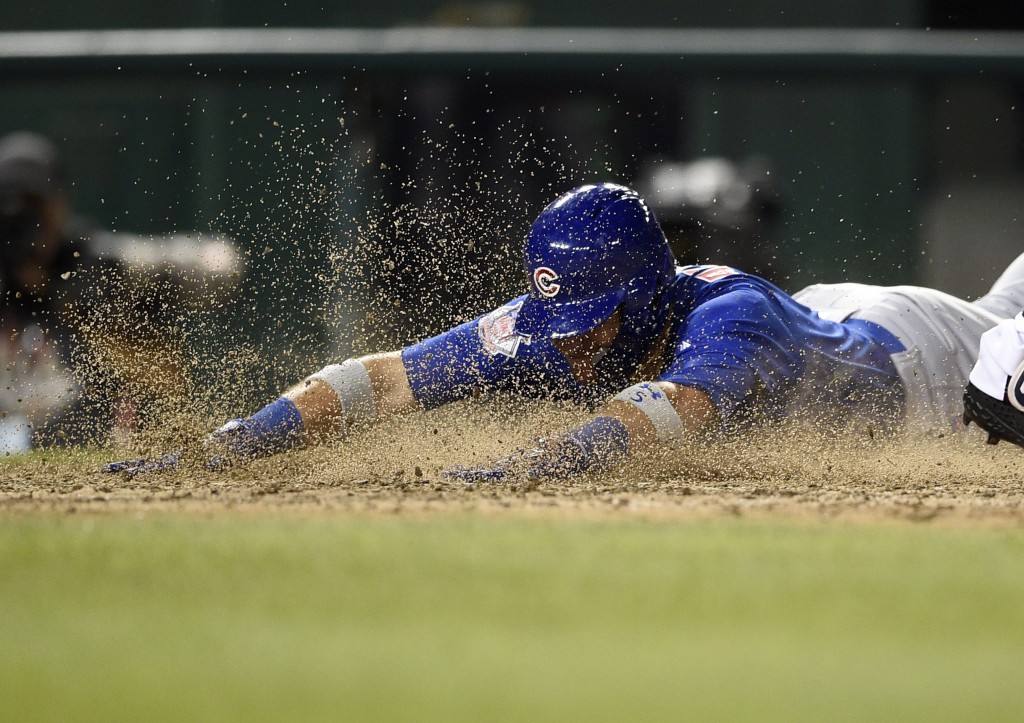 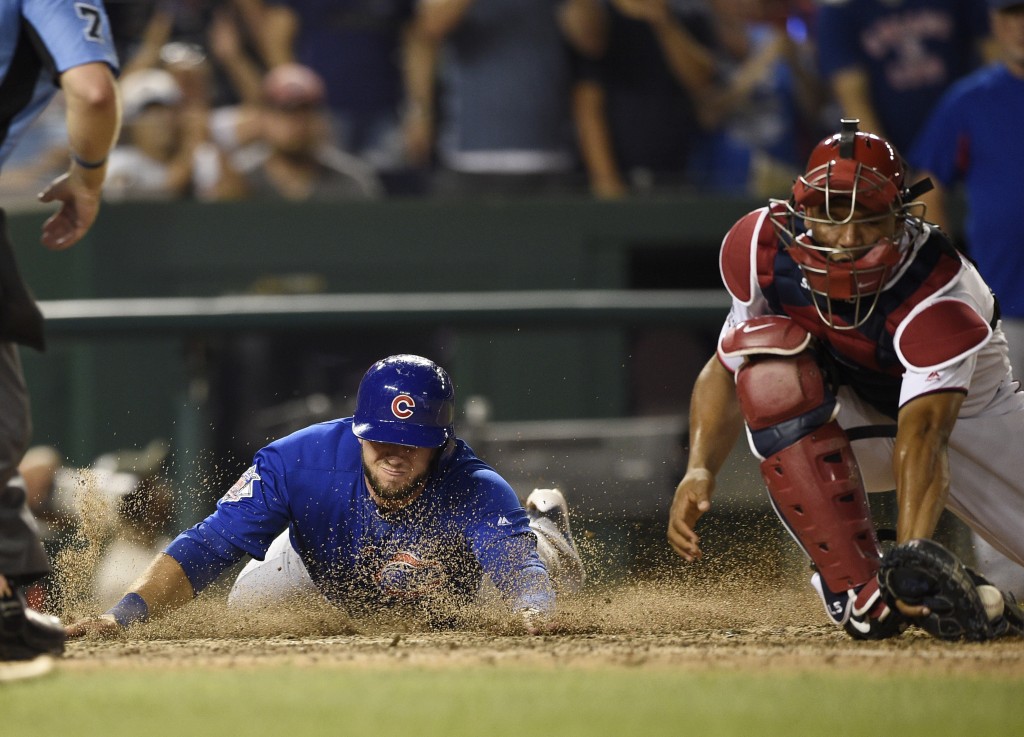 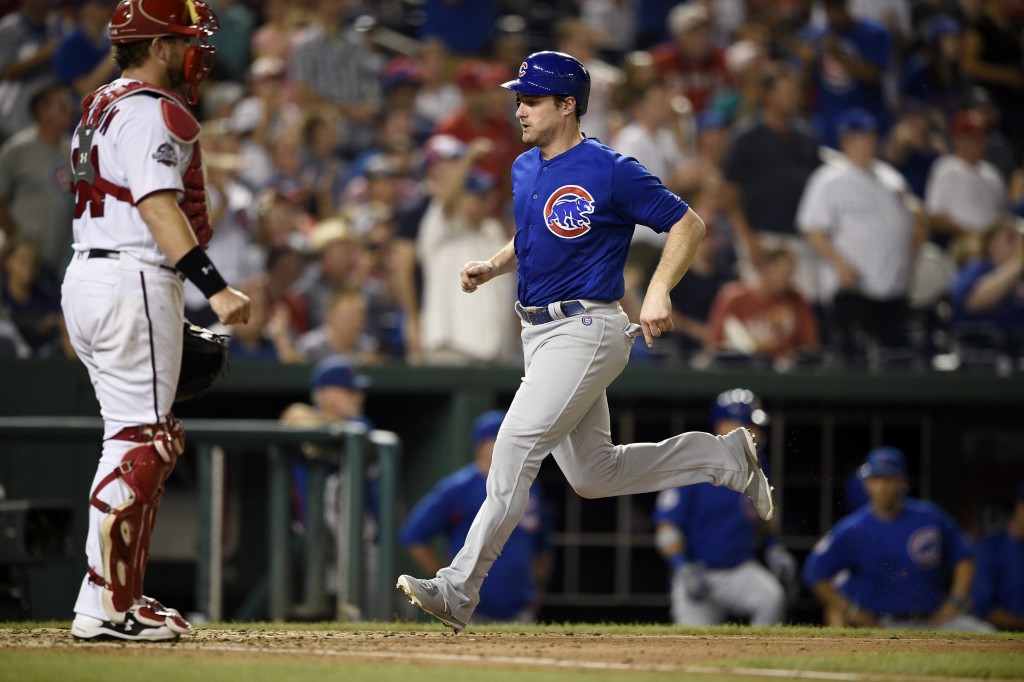 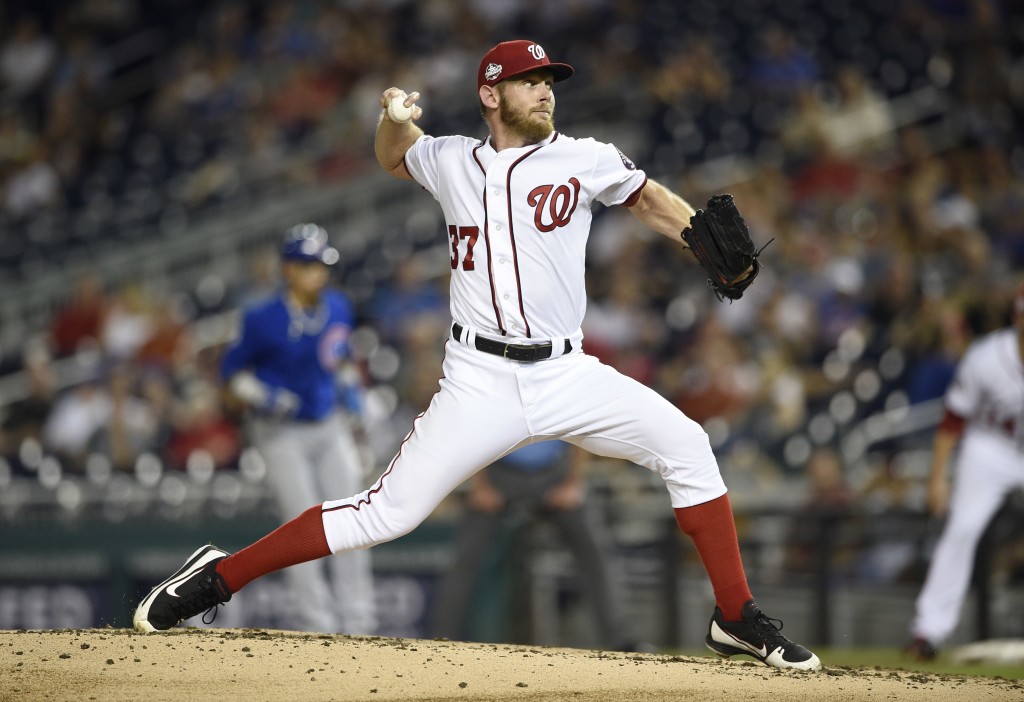 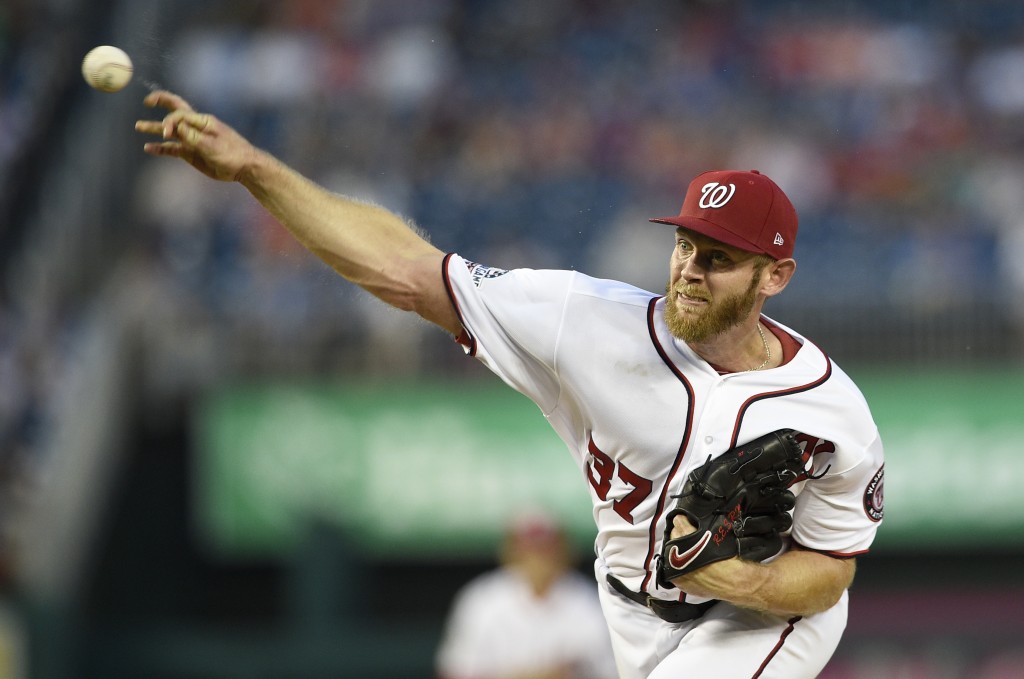 WASHINGTON (AP) — Pinch-hitter David Bote had an RBI double and scored in the 10th inning as the Chicago Cubs came back to beat the Washington Nationals 6-4 on Thursday night in the opener of a four-game series.

Bote, who hit a two-out grand slam in the bottom of the ninth inning to give the Cubs a 4-3 win over the Nationals on Aug. 12 in Chicago, knocked a 100 mph fastball from Jimmy Cordero (1-2) into right field to score Albert Almora Jr. Bote came home on a single by pinch-hitter Taylor Davis.

Daniel Murphy went 1 for 5 with a strikeout in his first return to Washington since the Nationals traded him to the Cubs on Aug 21.

Chicago has won two straight and leads the NL Central by 4½ games over Milwaukee.

Washington has lost three straight to fall to 69-72. The Nationals are three games under .500 for the first time since April 30.

Pedro Strop (4-2) pitched a scoreless ninth, and Jesse Chavez earned his third save.

Washington took a 3-2 lead in the fourth when Mark Reynolds belted his 13th homer of the season, a two-out, two-run shot to left field.

Murphy scored on Ben Zobrist's sacrifice fly to tie it at 3 in the fifth.

Spencer Kieboom had a career-high three hits for Washington.

Stephen Strasburg pitched 5 2/3 innings for the Nationals, allowing six hits while walking three and striking out six. He gave up three runs, two earned, while throwing 111 pitches — his most since tossing a season-high 115 on May 20.

Cubs: Manager Joe Maddon said OF Kyle Schwarber (back) is day to day. Schwarber left Wednesday's game after hitting his 25th home run. He pinch-hit in the sixth Thursday, reaching on a walk. ... RHP Brandon Morrow (right biceps inflammation) will throw from the mound Sunday, but his long-term plan is still uncertain. "Every time he does something we have to evaluate it afterwards and make sure everything is well," Maddon said. "That's where it's at right now."

Nationals: 1B Ryan Zimmerman was rested and used as a pinch-hitter in the ninth.

Nationals: RHP Joe Ross makes his season debut and first start since undergoing Tommy John surgery in July 2017. Ross is 0-2 with a 3.44 ERA in three career starts versus the Cubs.