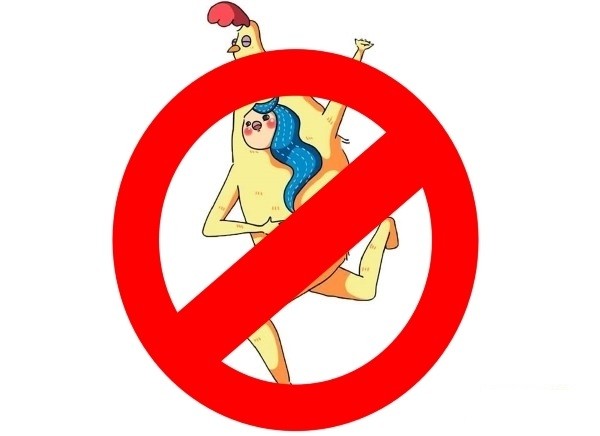 TAIPEI (Taiwan News) -- Kuomintang (KMT) Chairman Wu Den-yih (吳敦義) yesterday (Sept. 6) announced that the party will not adopt the controversial winning design from a mascot contest, which has become known as the "Charging Chicken Man" (進擊的雞人).

When pressed by reporters over the matter, Wu said "I think it's ugly" and emphasized that "it is not going to become the KMT's LOGO, no one agreed to it!" When the media asked him if he had seen it, Wu said, "I only took one look," and then added "No party leader agreed to use the mascot. It's ugly, there is no need to give a lot of reasons."

Wu said there were many better looking mascots to choose from, and there is no need to use this one. Wu said that it was a contest by the KMT Youth Department, but he said not a single leader of the KMT party agreed with choosing the "Charging Chicken Man" as a mascot.

In an effort to promote the party with young people in Taiwan, the KMT Youth Department held a contest to select a new cartoon mascot ahead of the elections in November. After voting was held via Facebook on a shortlist of ten top candidates selected by two judges, the overwhelming winner with 17,000 likes was a strange cartoon chicken mascot, which the party dubbed the "vigorous chicken" (朝氣的雞), but netizens have mockingly dubbed the "Ginseng Chicken" (人參雞), Looser Chicken" (虧雞) and the "Charging Chicken Man" (進擊的雞人) for its bizarre appearance.

In what could have been a positive way to generate online buzz for the party, has instead been interpreted by many to be a design meant to troll the KMT with overtly insulting references, while netizens who took part in the poll seemed to have had some fun at the party's expense in intentionally picking the arguably worst possible option.

The design, which features a featherless chicken running, has been interpreted by many as a sarcastic caricature of the KMT, with a what appears to be the face of a baby on its chest with a worm attached to it and the party symbol on its buttocks. Some have interpreted the blue worm to be a "blue maggot" (藍蛆), which is a derogatory nickname opponents of the party have used, while others have implied that it is a parasite.

The mascot's designer 18-year-old high school student, Wu Ching-ping (吳婧萍), told China Times that although the chicken is not as cute as conventional mascots, it "gives people a funny, amusing feeling." Furthermore, Wu said that the KMT has been emphasizing the spirit of "breaking through," so it does not want the standard symbols such as bears and "water drops," thus she felt free to come up with a completely different concept. Wu, who has been admitted to the design department of Chaoyang University of Technology, said the chicken has arms because giving it that human element would make it look more "flexible." The blue hair on the “person’s” head was in consideration of the color of the KMT emblem, and actually consists of just one strand of hair.

Wu said she did not think that much about the chicken when she first created it, she says she just likes to paint "funny things." She originally was going to modify it to make it more serious, but after discussing it with her friends, she decided to stick with the original whimsical version.

As for the response by netizens, Wu praised their strong sense of imagination, and many comments gave her more ideas about her own creation.

KMT Taichung mayoral candidate Lu Shiow-yen (盧秀燕) said that the mascot was both "ugly and beautiful" and had liked it on Facebook, reported China Times. Lu said that she believes that a channel of dialogue with young people has been established through the vote on the mascot.

Lu asserted that the subjective ugliness of the mascot itself is no longer the focus and she says she is considering including the chicken mascot with her campaign.

Through a spokesman, Ting Shou-chung, the KMT's candidate for Taipei mayor, said he has also been supporting the chicken man mascot on the internet. Ting said this kind of irreverent image is very much in sync with his own style and he also feels that the chicken is "very pleasing,”reported China Times. He also said that if the chicken is selected as the official party mascot, he will need to wear some clothing.

Department director Weng Shao-hui (翁紹輝) said that the mascot campaign has caused a lot of discussion among the internet community. He said that the department will be open-minded to try and have the KMT become accepted by more young people.

Weng said that the current KMT brand is not attractive enough to the youth, and therefore it is necessary to first have young people "not hate the Kuomintang" through activities. Weng added that the department will also have e-sports competitions, singing contests, basketball games and other activities in conjunction with the campaigns of various candidates to create momentum and win the support of voters.

The following is a foreign netizen's humorous take on the mascots: 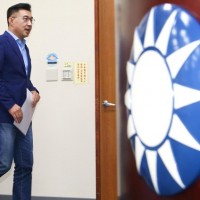 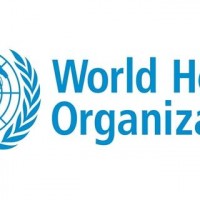 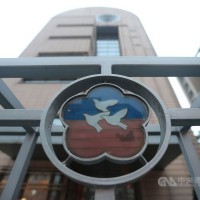