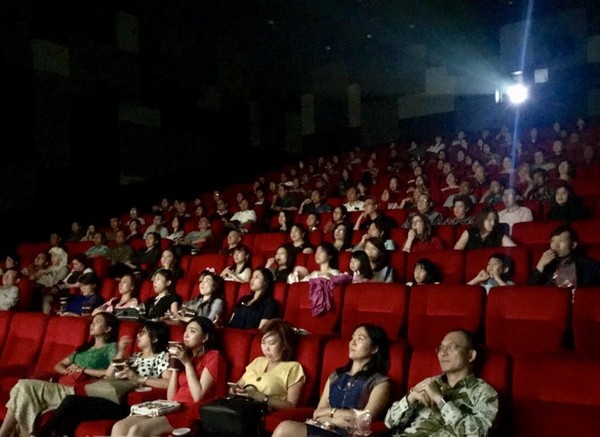 A total of 210 viewers attended the event, including Indonesian artists, people from media, politicians, and overseas Chinese communities to watch the Taiwanese animated film "On Happiness Road" (幸福路上) made by Taiwanese director Sung Hsin-yin (宋欣穎), and shared the humanitarian aspects and the creative aesthetics of Taiwanese films.

John Chen (陳忠), the representative of TETO Indonesia, said that Taiwan has been promoting the "New Southbound Policy" and focused on cooperation and exchanges to deepen the understanding of Taiwan through culture, education, and tourism. He also said that movies can be an important media to gain a better understanding of each other's culture.

Chen also pointed out that the representative office in Indonesia and the Cultural Lights Project of the Ministry of Culture will be cooperating with the Bali International Film Festival for the second consecutive year. The 2018 Balinale International Film Festival, which is going to be held at the end of Sept, will show two Taiwanese films at the event which are "On Happiness Road" and "Gatao 2: Rise of the King".

"On Happiness Road" was released in Taiwan early in the year, and got positive feedback. It took four years to complete the movie production, and after its release, the film won first prize at the Taipei Golden Horse Film Festival, won the grand prize at the 5th Tokyo Anime Award Festival in Japan, won the AniMovie Award at the 2​5th Stuttgart Festival of Animated Film in Germany, the Best Animated Film Award at the 2018 Taipei Film Festival, and got first prize award at the Seoul International Animation Film Festival in South Korea.

"On Happiness Road" tells the bittersweet story of a Taiwanese girl, but it also recalls Taiwan's history, society, and humanities.