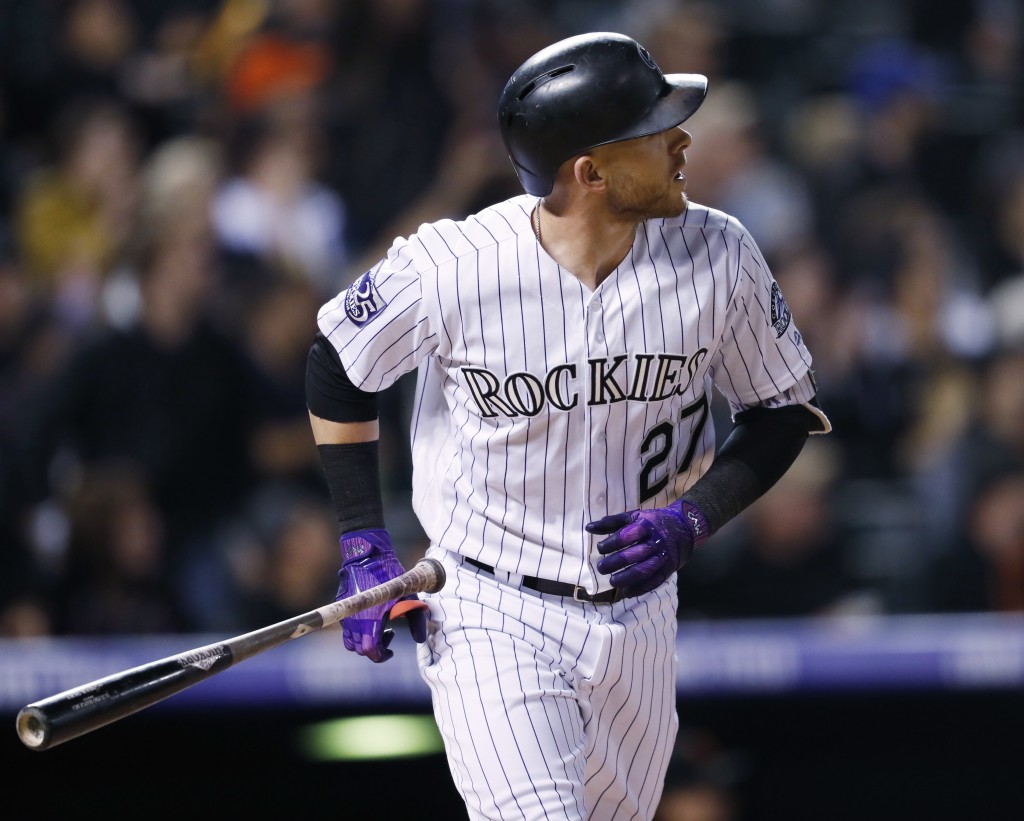 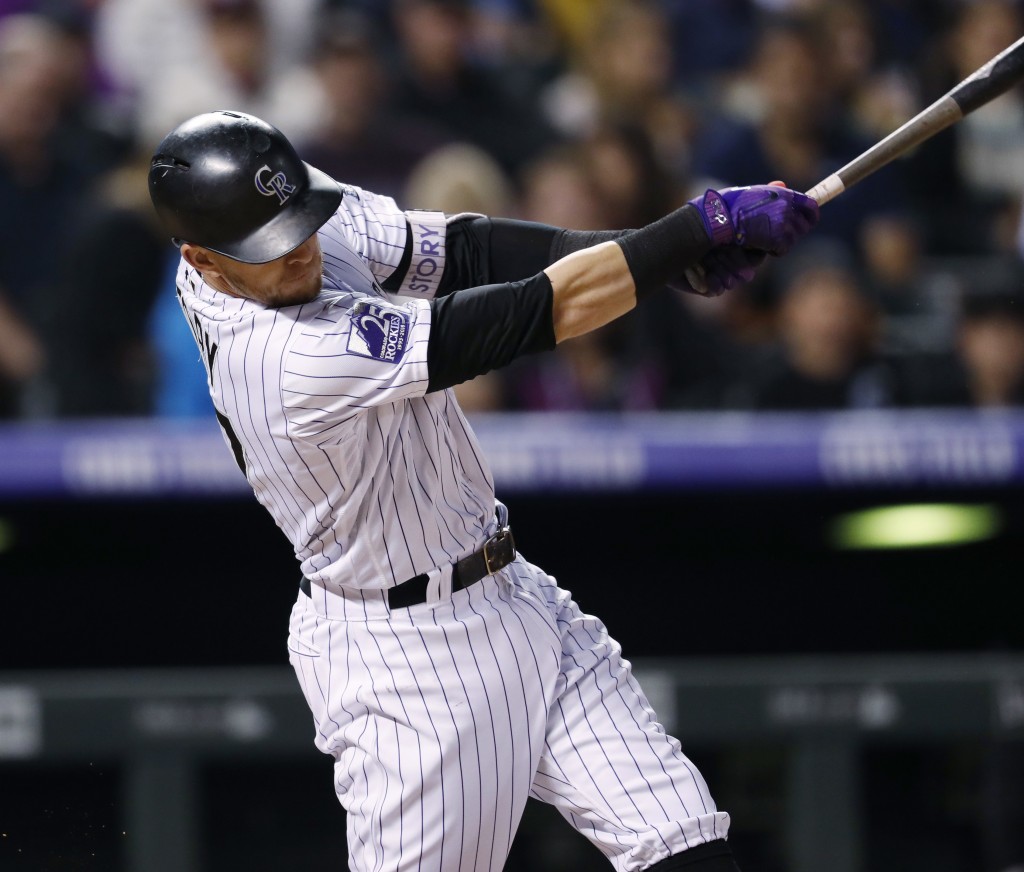 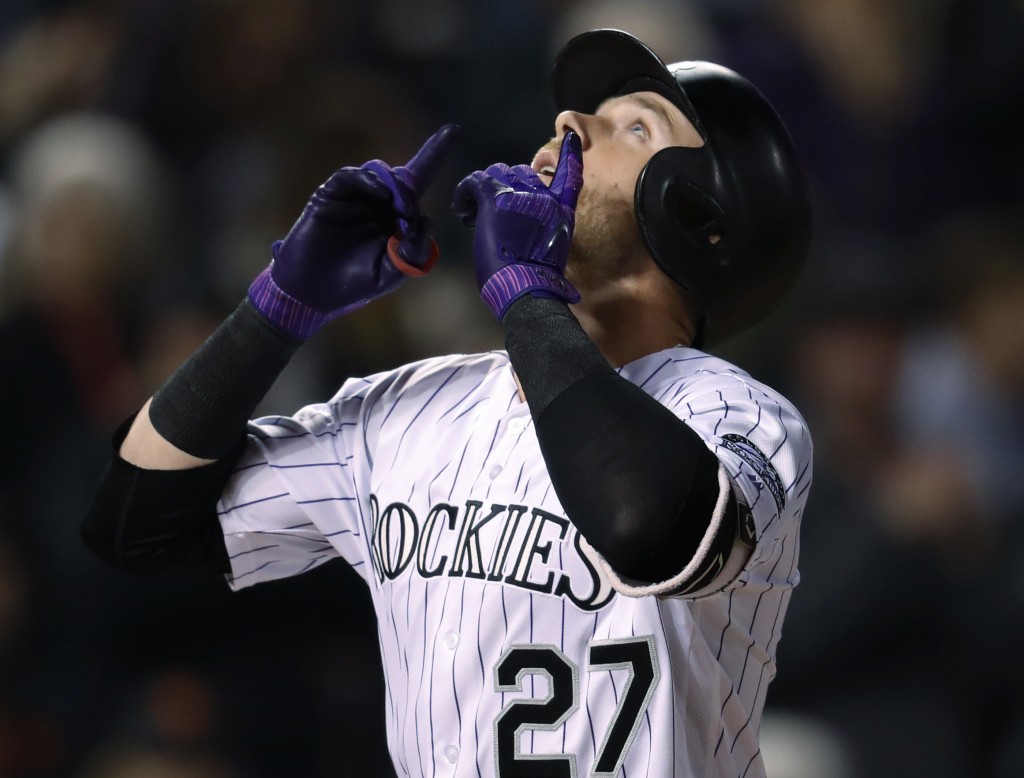 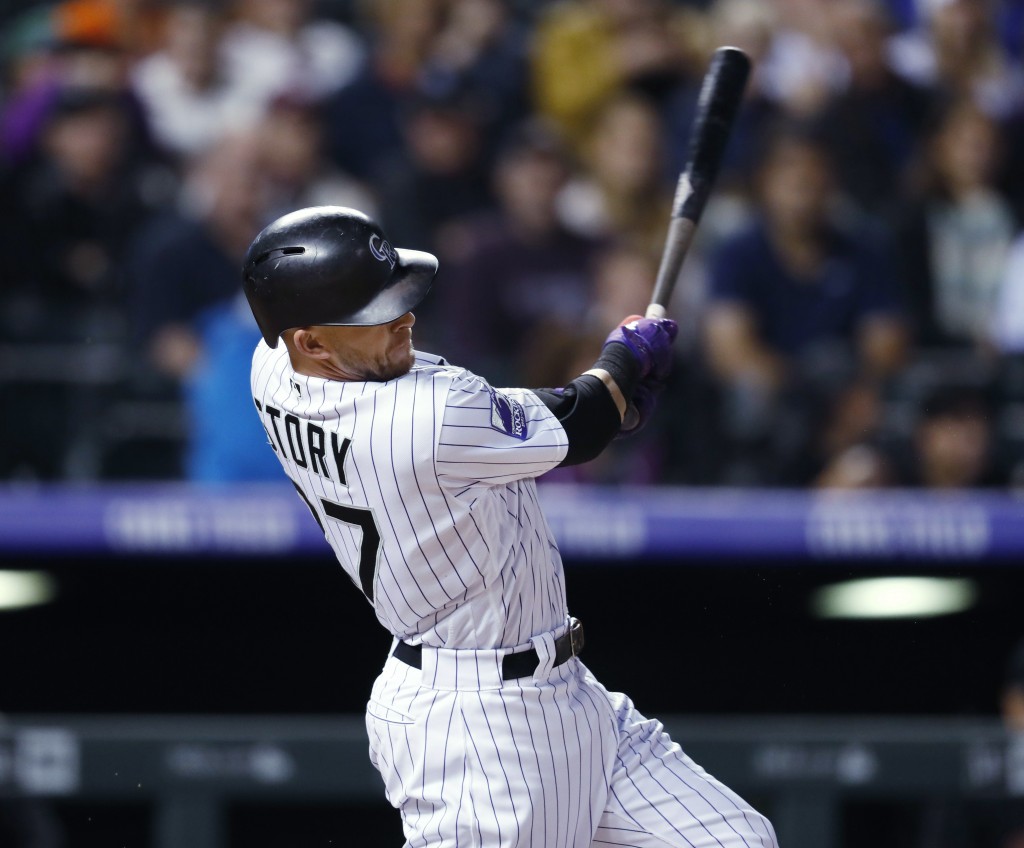 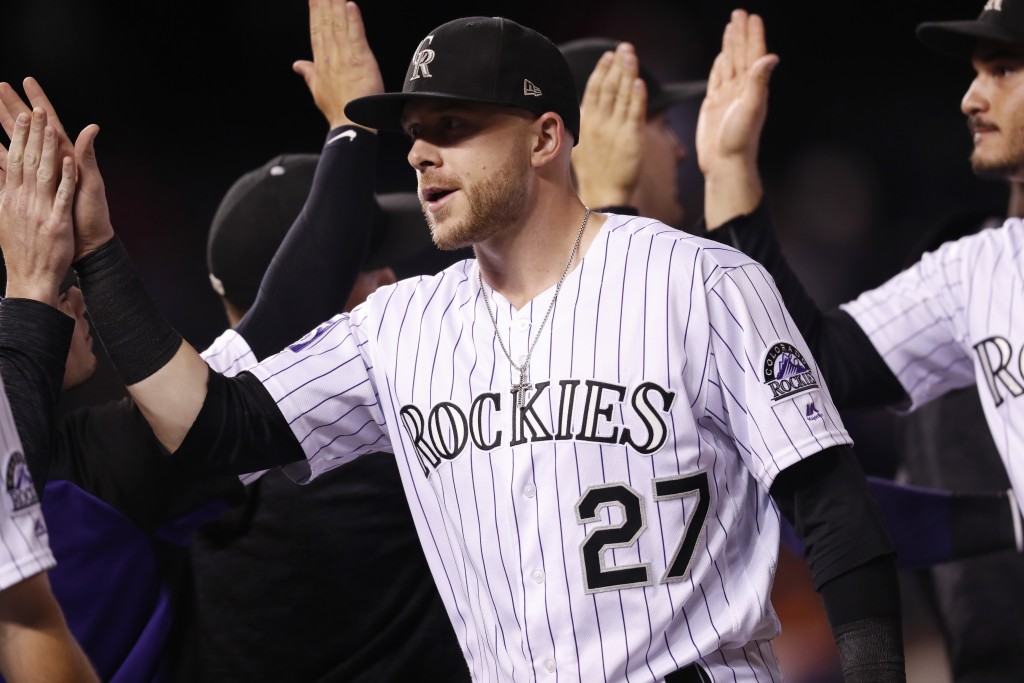 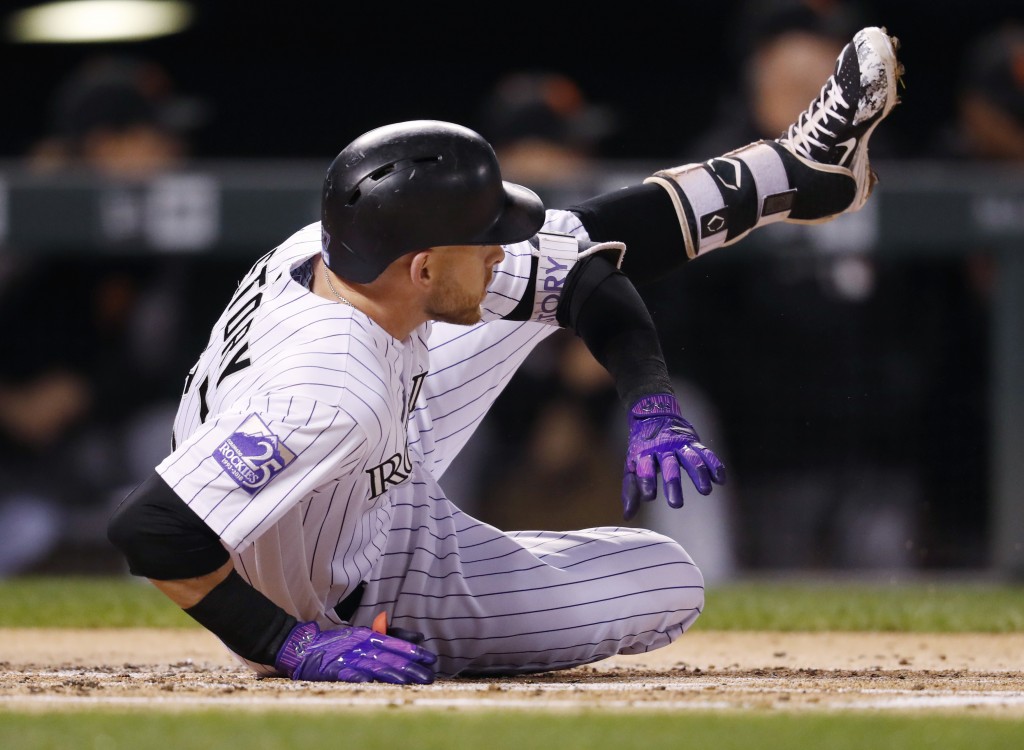 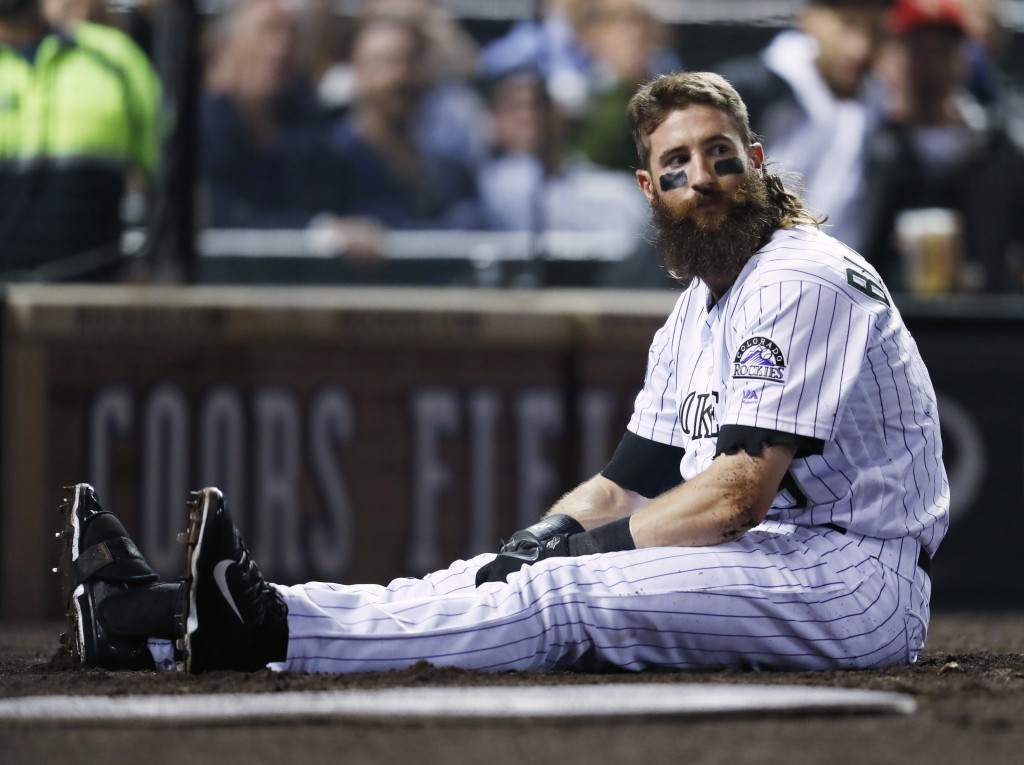 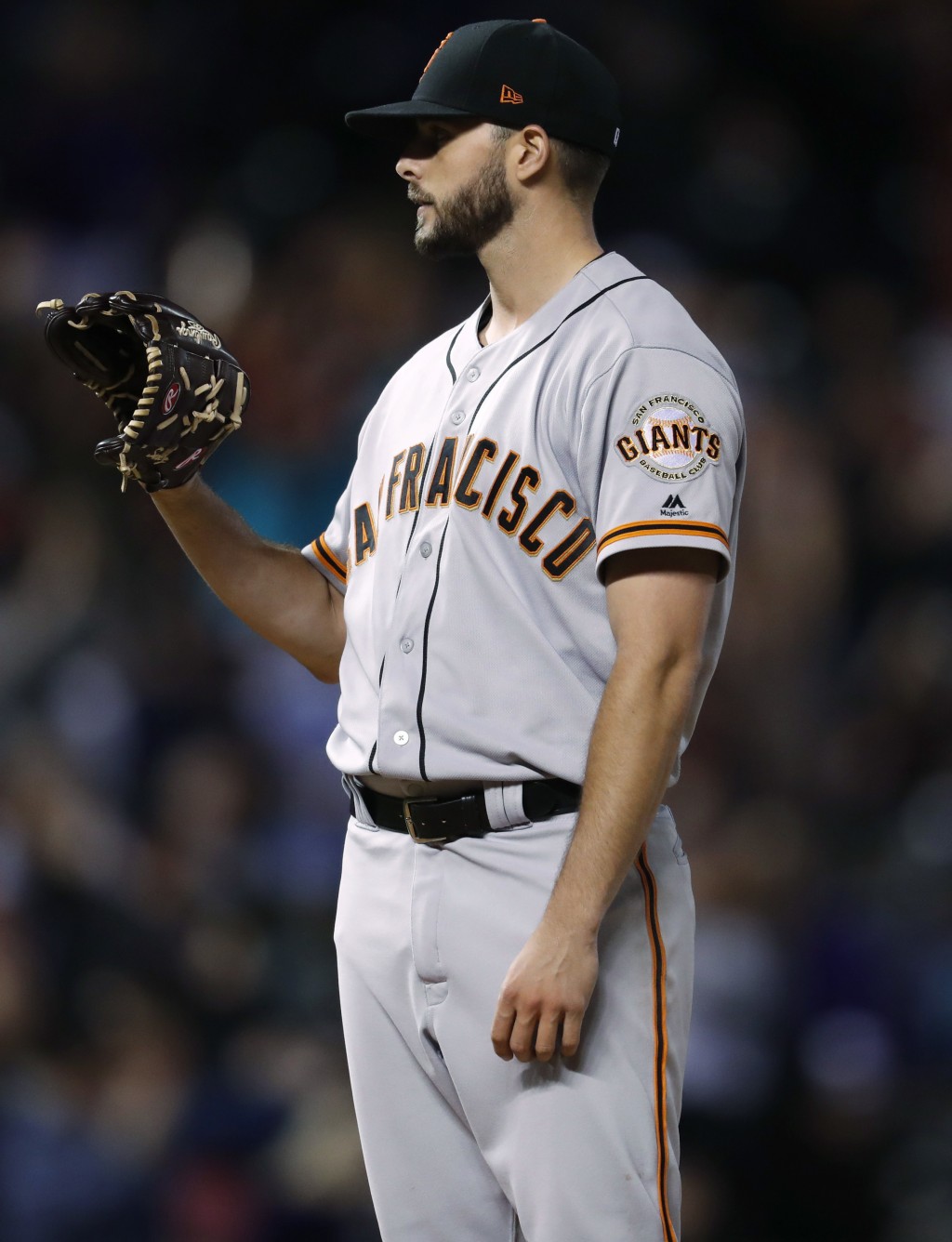 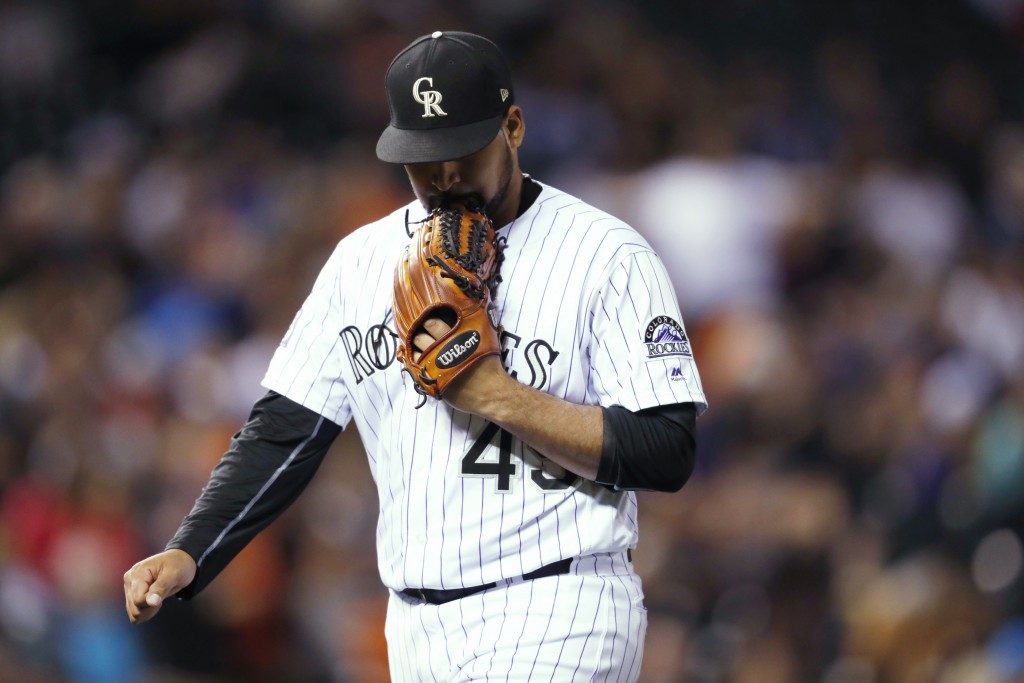 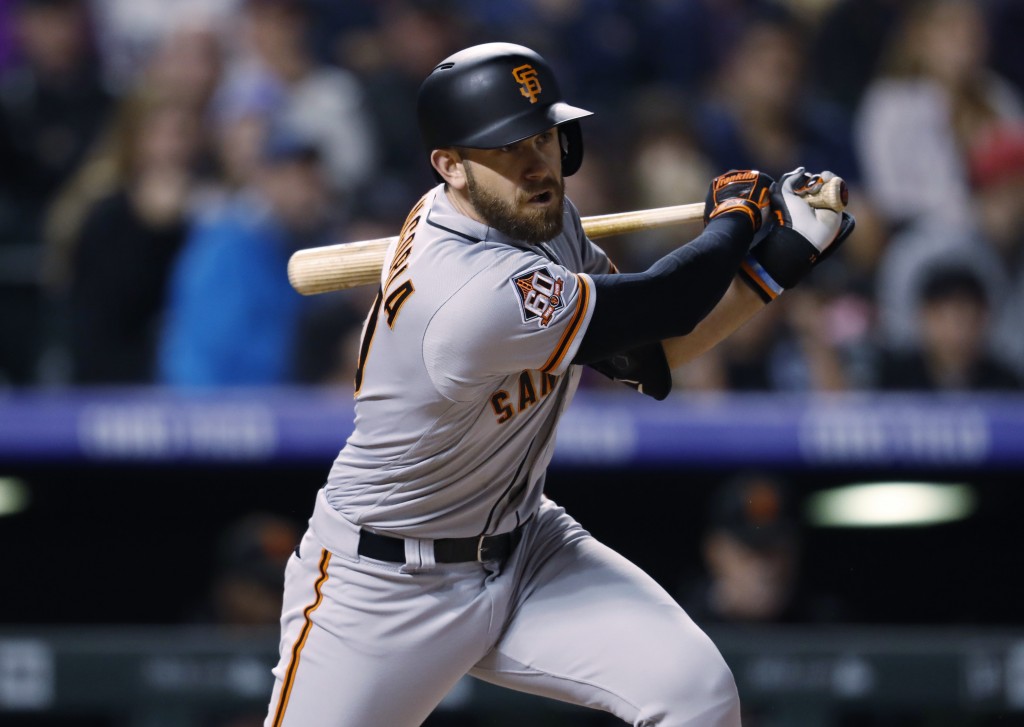 DENVER (AP) — Trevor Story homered in his first three at-bats, including one projected at more than 500 feet, and the Colorado Rockies beat the San Francisco Giants 5-3 on Wednesday night.

The All-Star shortstop had a chance to tie the major league record of four homers in a game but struck out in his final at-bat in the eighth inning.

Story powered Colorado to its fifth straight win, and the Rockies increased their lead in the NL West to 1 1/2 games over Arizona and Los Angeles. The Diamondbacks were idle and the Dodgers lost to the New York Mets.

It was the first three-homer game of Story's career and his fifth multihomer game this season. The outburst came at the expense of Giants starter Andrew Suarez (6-10).

Story's first home run, a 459-foot shot to left field, according to Statcast, gave the Rockies a 2-1 lead in the first inning. He topped that with another solo homer in the fourth that traveled an estimated 505 feet. It was the longest homer in franchise history and the longest since Statcast began tracking distances in 2015.

Harrison Musgrave (2-3) got the win and Adam Ottavino pitched the ninth for his sixth save.

Aramis Garcia went deep for San Francisco, which has lost five in a row.

The start of the game was delayed 68 minutes by rain.

Rockies outfielder Charlie Blackmon gave his team a scare when he was hit in the helmet on a line drive off the bat of teammate Antonio Senzatela in the third inning. Blackmon was on deck when the ball hit him near the team logo in the front of his helmet. He was looked at by a trainer and manager Bud Black but was able to stay in the game. Blackmon received a loud ovation when he came to bat.

Giants: SS Brandon Crawford was out of the lineup with a sore knee. Manager Bruce Bochy said the knee has bothered Crawford recently and with San Francisco having an off day on Thursday, he should be able to return Friday.

Giants: LHP Derek Holland (7-8, 3.56 ERA) will get the start when San Francisco opens a three-game series at Milwaukee on Friday. Holland is 2-0 with a 2.42 ERA in his last eight starts.