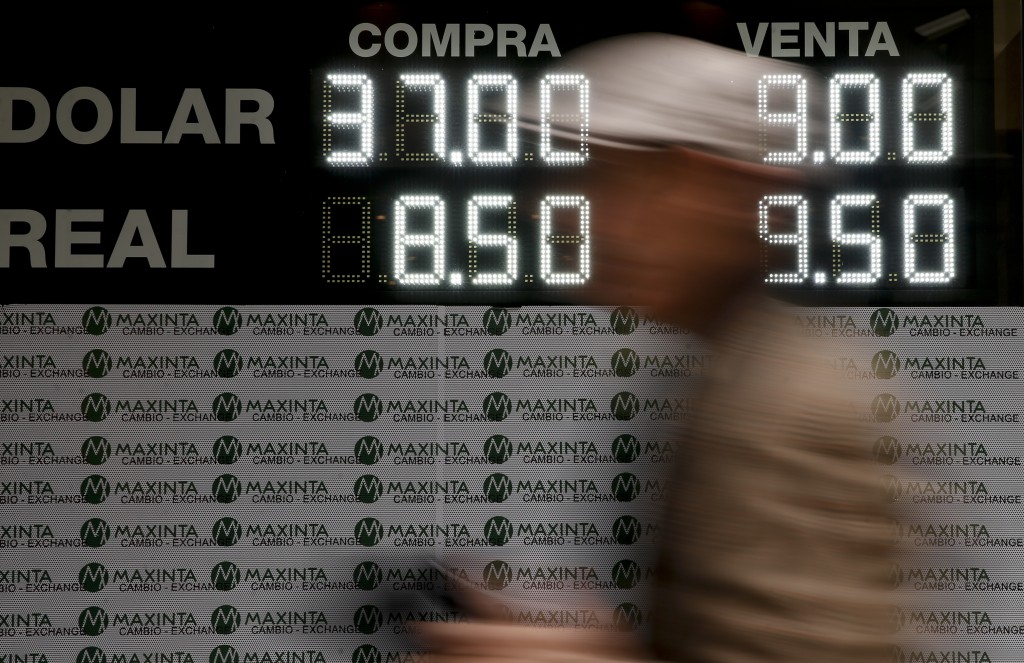 LONDON (AP) — Argentine families are trying to cope with 30 percent inflation. Companies in Turkey face bankruptcy if they can't pay off soaring debt costs. And investors who bet on emerging markets will be deep in the red this year.

Financial turmoil has engulfed many developing countries this year as investors worry about the impact of rising interest rates and trade disputes on these fast-growing — but often fragile — economies.

The worry is that big losses in some developing markets could ripple out into the global financial system, as they have in the past, notably in the late 1990s, when several Asian countries eventually required financial rescue.

According to specialists at Ashmore Investment Management, volatility in emerging markets is at its highest since the global financial crisis a decade ago, which showed how trouble in one part of the world economy can spread.

As the market jitters continue, here's a look at some of the causes and potential consequences.

The U.S. Federal Reserve's push to steadily raise its interest rates is widely perceived to be the root cause of the turmoil that has gripped many emerging markets.

The Fed last raised its main policy interest rate in June to a range of 1.75-2 percent and expects to lift it further. U.S. rates had been near zero for almost a decade, encouraging investors to buy assets or issue loans in emerging markets in hopes of higher returns.

The Fed's rate increases have made some U.S. assets more attractive and investors are responding by pulling money out of emerging markets.

That has exposed financial vulnerabilities in some countries. Turkey and Argentina have been identified as the two most vulnerable due to a range of factors. The peso has lost more than half its value this year, with Turkey lira down almost as much.

"Once the period of stress begins, you look at where the red flags are," said Evghenia Sleptsova, senior economist at Oxford Economics. "Argentina and Turkey are the two economies where the imbalances are the biggest."

Rising U.S. rates have pushed up the dollar, by about 3.3 percent this year against a basket of currencies. That figure includes sharp increases against some individual currencies, like the Argentine peso.

The dollar's rise makes debt denominated in dollars more expensive to service, a particularly big concern in Turkey and Argentina, where a lot of loans were taken out in foreign currencies.

Falling local currencies can also prompt foreign investors to pull money out of emerging market stocks and bonds. The MSCI Emerging Markets index is down around 15 percent from its peak earlier this year. The retreat by foreign investors only accentuates the currency rout and piles pressure on central banks to raise interest rates, which in turn pinches growth.

Central banks in Turkey, Indonesia and India have increased their benchmark interest rates partly to shore up confidence in their currencies by raising returns for global investors. Argentina last week increased its main rate by a whopping 15 percentage points to 60 percent in a desperate effort to halt a slide in the peso after President Mauricio Macri said he was asking to tap a $50 billion financial backstop by the International Monetary Fund. On Monday, Macri announced new taxes and the elimination of several ministries in a bid to stem the economic turmoil.

The future of these countries' economies — and whether their turmoil spreads to other markets — will largely depend on whether their rate increases and their economic reforms manage to stabilize their currencies against the dollar.

Neil Mellor, currency strategist at BNY Mellon, says the situation does not seem as bad as in Asia in 1997, when similar financial problems caused several countries to need IMF rescues.

"But what we do have are a number of seemingly intractable issues with a mutually-reinforcing potential to dent investor confidence," said Mellor.

Escalating trade tensions triggered by the U.S. have added a veneer of uncertainty to the global economy, making the market turmoil particularly nasty for emerging markets.

Turkey is a case in point: One of the reasons why its currency has fallen so much this summer was President Donald Trump's decision to double U.S. tariffs on Turkish steel and aluminum because of Turkey's decision to jail a Protestant American pastor.

Fears of a trade war between the U.S. and China are also adding to the gloom surrounding emerging markets. Economic indicators are already pointing to a bigger than anticipated slowdown in the Chinese economy, the world's second-biggest, particularly among smaller firms. A trade war with the U.S. will only make matters worse. And that's piled pressure on Chinese stocks as well as the yuan, China's currency.

So far, market observers do not expect the turmoil to morph into a new global financial crisis.

But some countries are more vulnerable than others. Argentina and Turkey stand out as the emerging economies with the most problems to solve, from improving public budget, servicing debt in foreign currencies, and clamping down on inflation.

And single events can still cause market turmoil in an individual country — whether it be the upcoming election in Brazil, sanction fears in Russia, South African land reform or even a tweet from Trump.

Many experts think most emerging economies are fundamentally stronger than they were a decade ago, when the global financial crises caused shockwaves through their markets. Countries like Malaysia, Thailand, and South Korea have more robust financial cushions in the form of current account surpluses.

"Turning points are always difficult to pinpoint with any accuracy," cautions Jan Dehn, head of research at Ashmore. But "the balance of risks," he added, "is slowly beginning to favor emerging markets now."