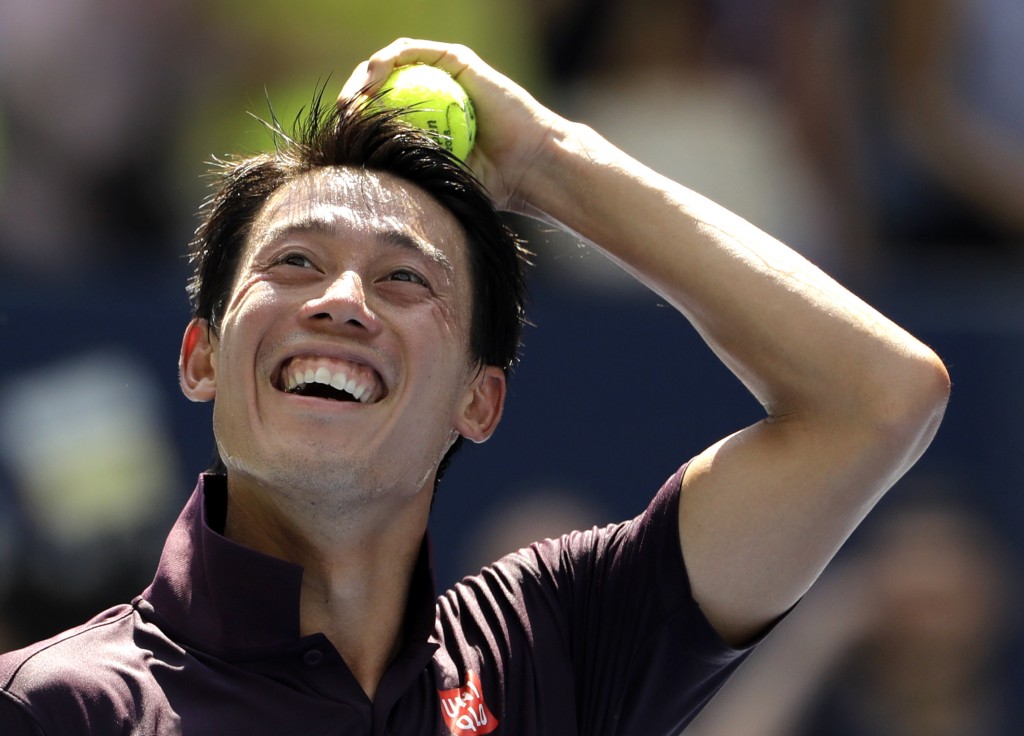 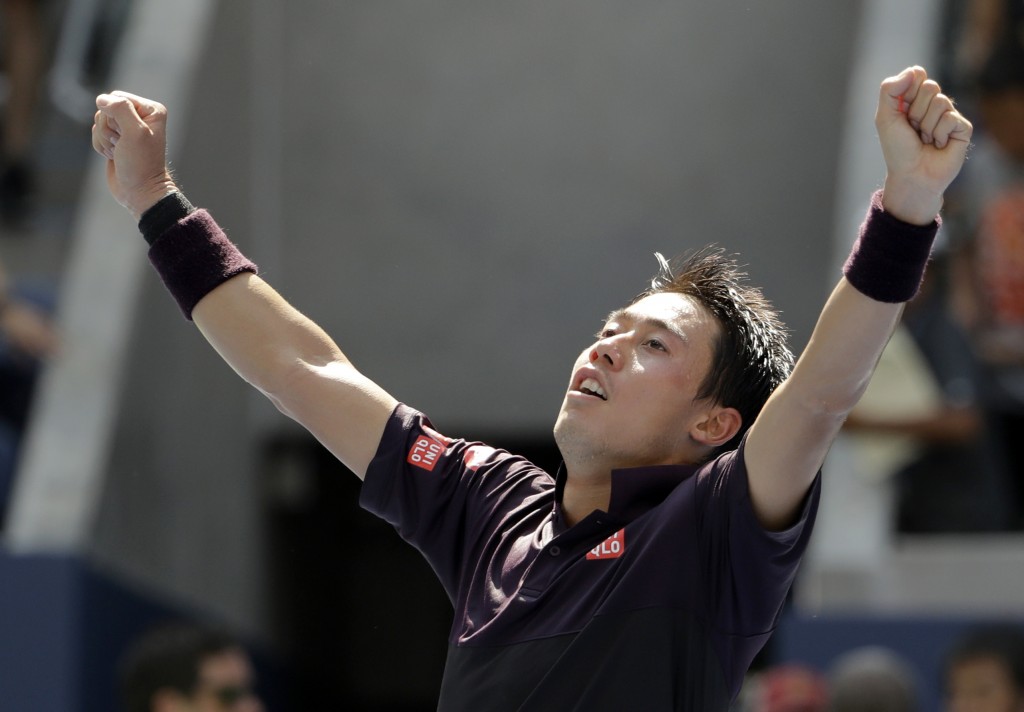 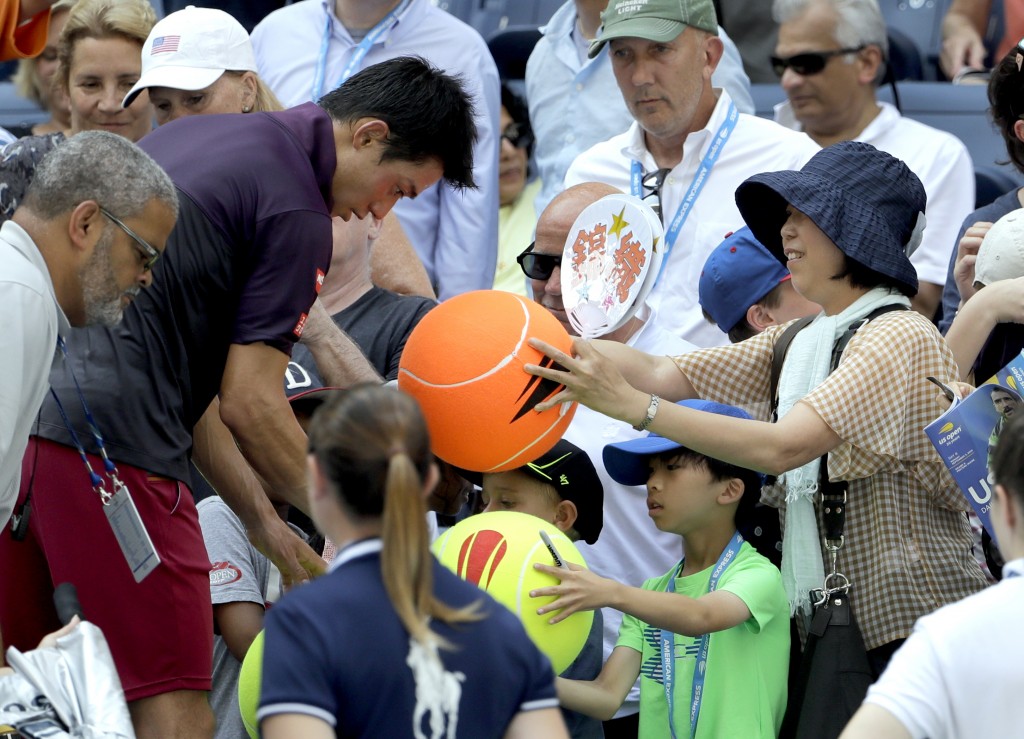 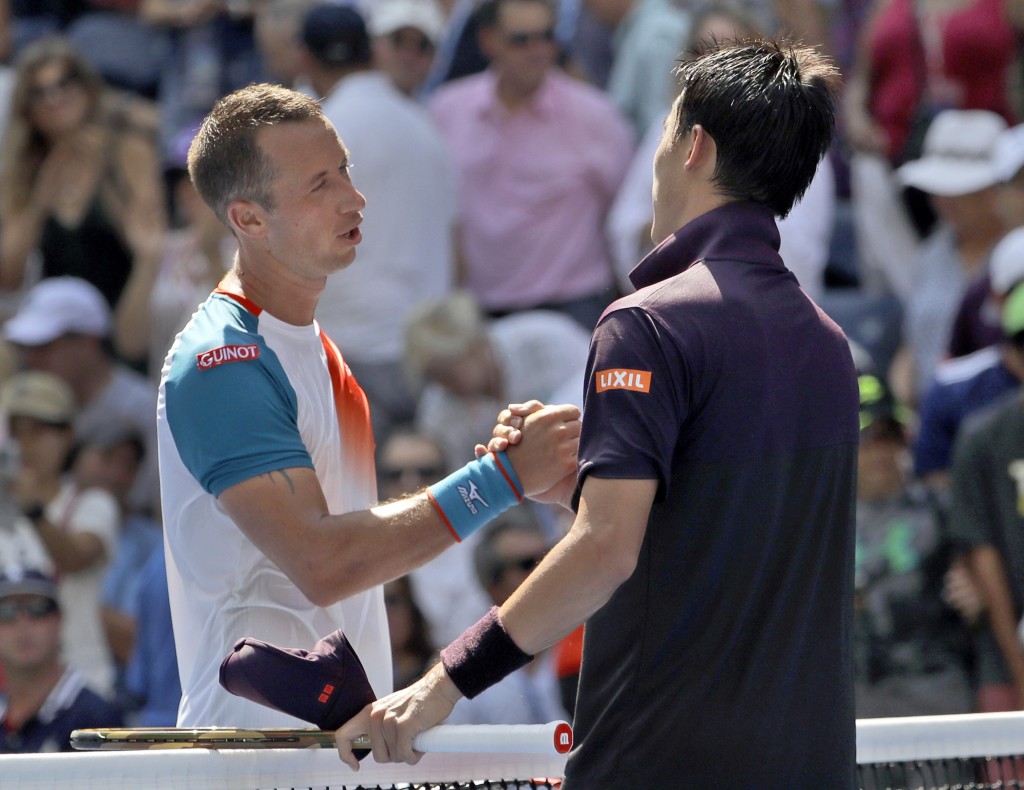 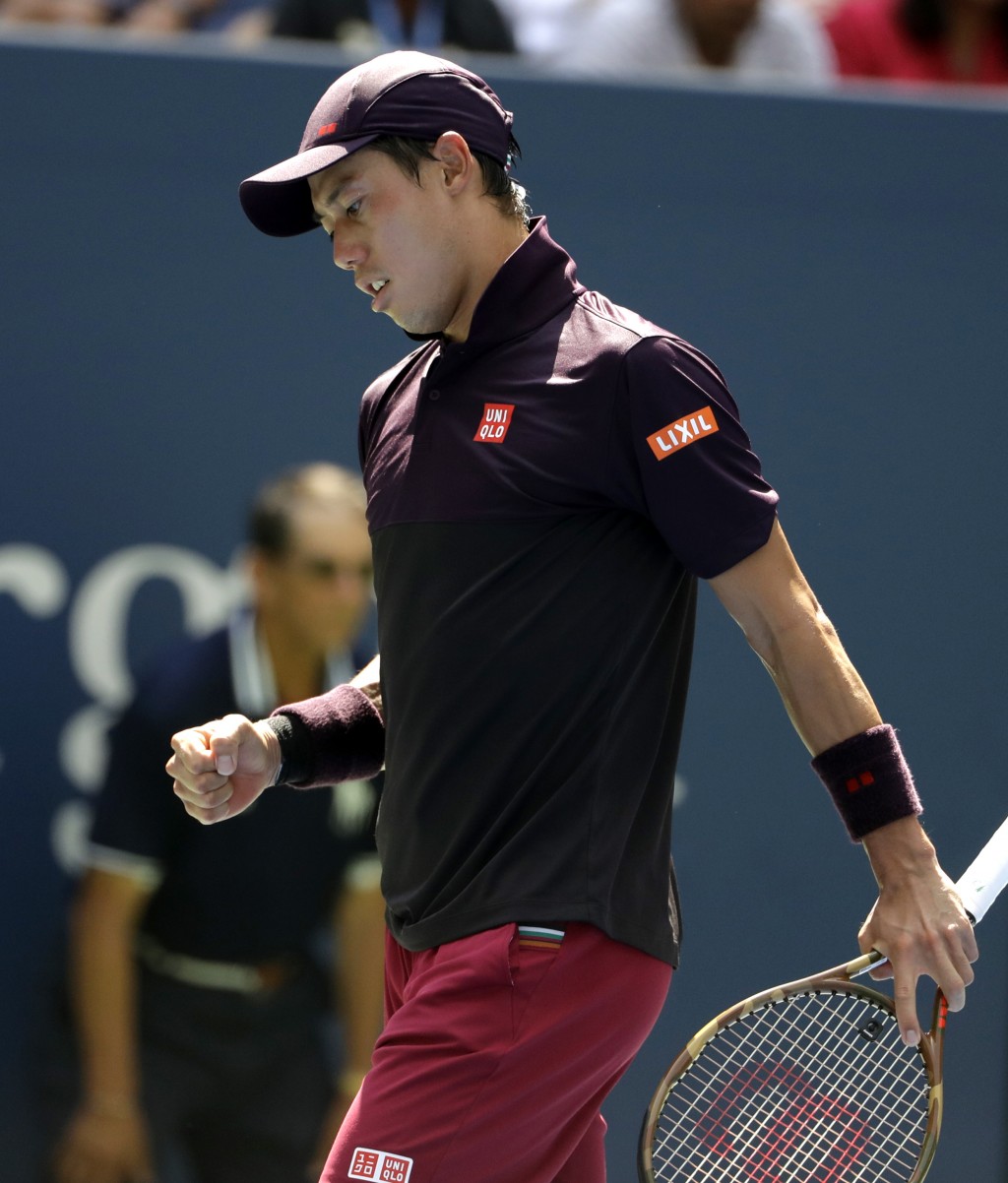 NEW YORK (AP) — Kei Nishikori was so crushed about missing the U.S. Open last year, he couldn't even watch the tournament. Nishikori's season was over with torn tendons in his right wrist, and he knew how much he'd ache to play if he flipped on the TV.

"I didn't really want to see any matches," he said.

A year later, Nishikori might want to catch some U.S. Open highlights.

He's starring in them.

The Japanese standout still has some soreness in the wrist he hurt in August 2017, but it hasn't slowed him down in his return to Flushing Meadows. Nishikori, the 2014 runner-up, beat Philipp Kohlschreiber 6-3, 6-2, 7-5 on Monday to reach the final eight for a second straight Grand Slam tournament.

"He pushed me around," Kohlschreiber said.

Up next, a potential rematch of the '14 final against No. 7 seed Marin Cilic, who faced 10th-seeded David Goffin later Monday.

Either way, the 28-year Nishikori hardly resembles the player he was in 2014 when he became the first man from Asia to reach a Grand Slam singles final. He altered his serve in the wake of the wrist injury. His confidence is soaring, too, after he reached the quarterfinals at Wimbledon.

Naomi Osaka also reached the quarterfinals Monday, only the second time in the professional era that a Japanese man and woman reached that round at the same Grand Slam event. Shuzo Matsuoka and Kimiko Date did it at Wimbledon in 1995.

"I always thought that if I can keep up with him, that would be really cool," Osaka said.

Four years ago, Nishikori recalled feeling upbeat before he played Cilic and was surprised he didn't have a case of nerves.

Once he hit Arthur Ashe Stadium, the magnitude of the moment hit him.

"I wasn't nervous before the match, but as soon as I got into the court, it was different," he said. "I remember I wasn't there for the match. Hopefully, I can come back to that stage."

Nishikori was worn down by the time he reached the final in a remarkable run where he defeated three of the top five seeds. He beat No. 5 Milos Raonic and No. 3 Stan Wawrinka in five sets in back-to-back matches totaling more than 8 1/2 hours. Then he upset No. 1 Novak Djokovic in four sets.

He's made quick work of his opponents this year.

Nishikori, coached by Michael Chang, needed four sets to beat Diego Schwartzman, but has two straight-set victories and didn't even complete two full sets in another match because Gael Monfils retired with a wrist injury.

Short and sweet — and staying strong in a deep run.

The No. 21 seed returned to the tour early this year, building his confidence back with a victory in a Challenger Tour event, then reached the final in Monte Carlo and the quarterfinals at Wimbledon, where he lost to eventual champion Djokovic.

His success may have eased the pressure, but a country is keeping tabs on him.

Nishikori, the first Japanese man to be ranked in the ATP's top 10, was a hero in his home country when he played in the U.S. Open final. In his hometown of Matsue, hundreds of fans packed into a convention hall to cheer him on at a standing-room-only public viewing event. Giant banners emblazoned with messages of encouragement hung on the walls.

He feels at home in New York, where scores of Asians root for him, no matter the court or time of match, and he made a return trip to the semifinals in 2016.

"I feel like I have great support here," he said.