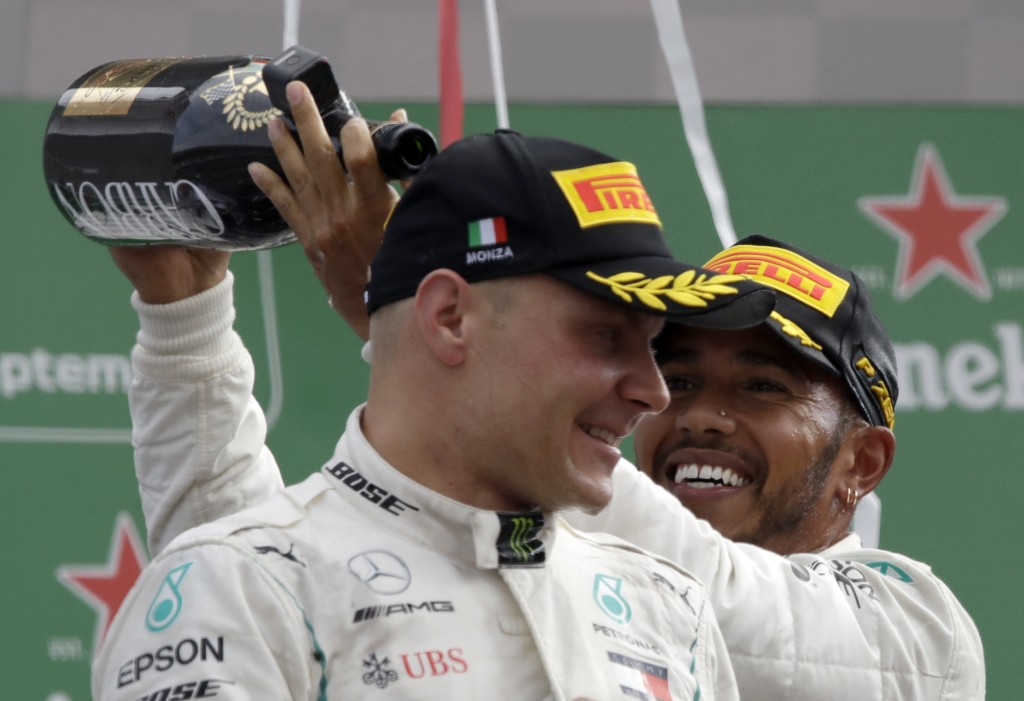 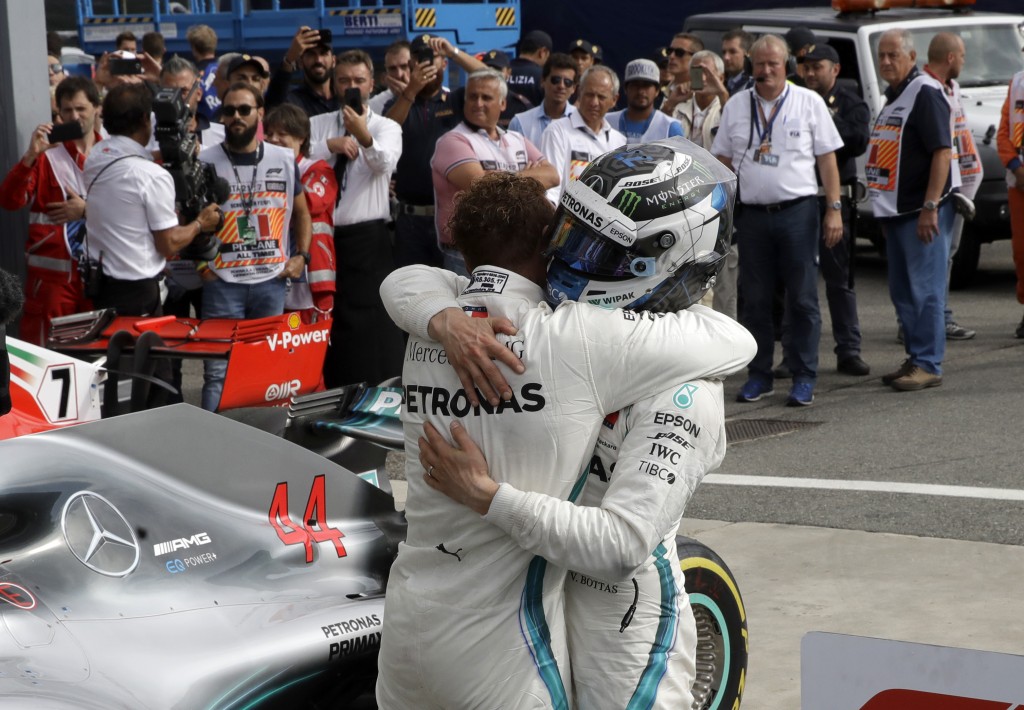 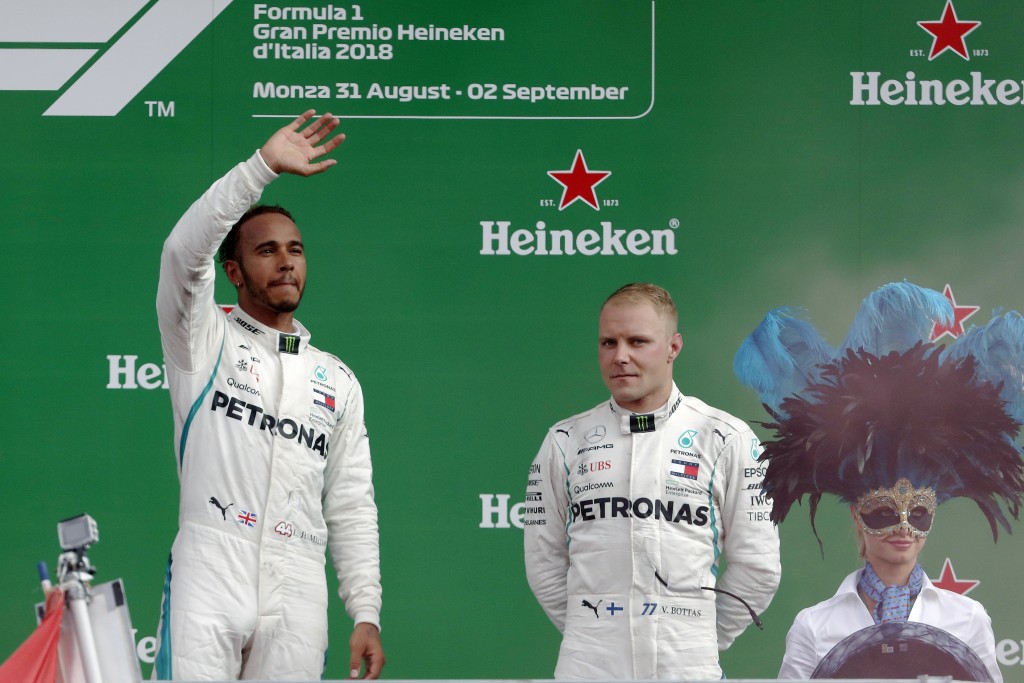 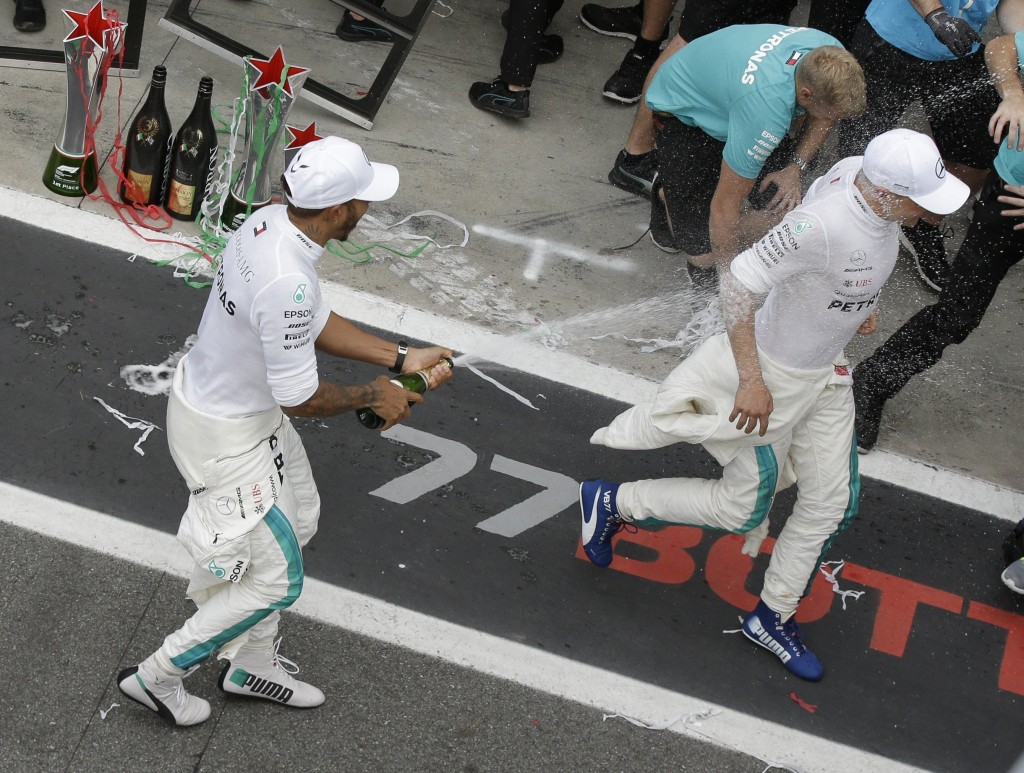 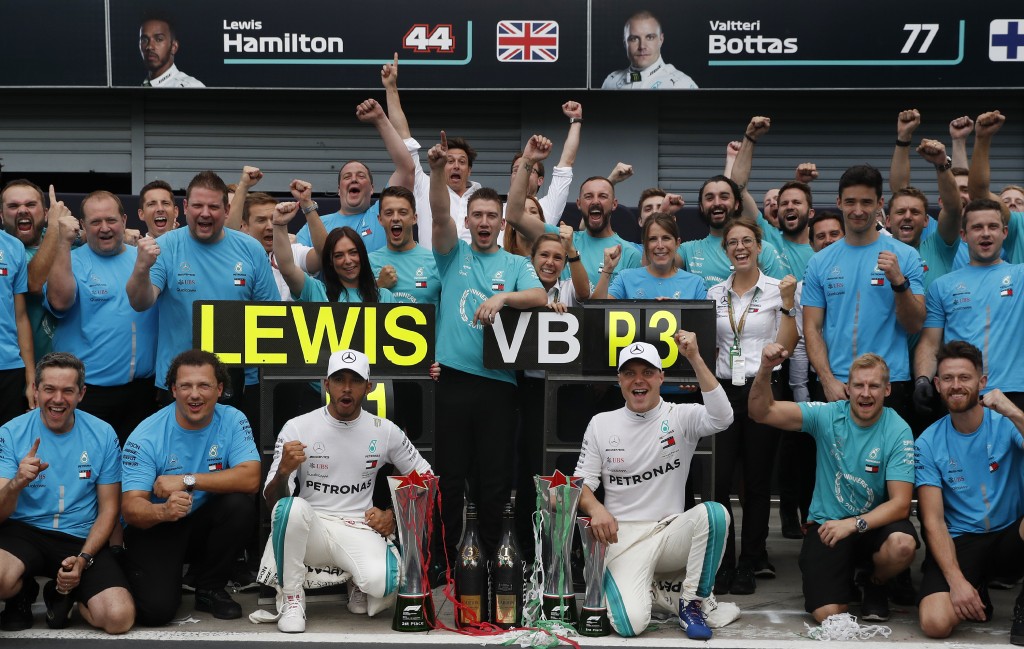 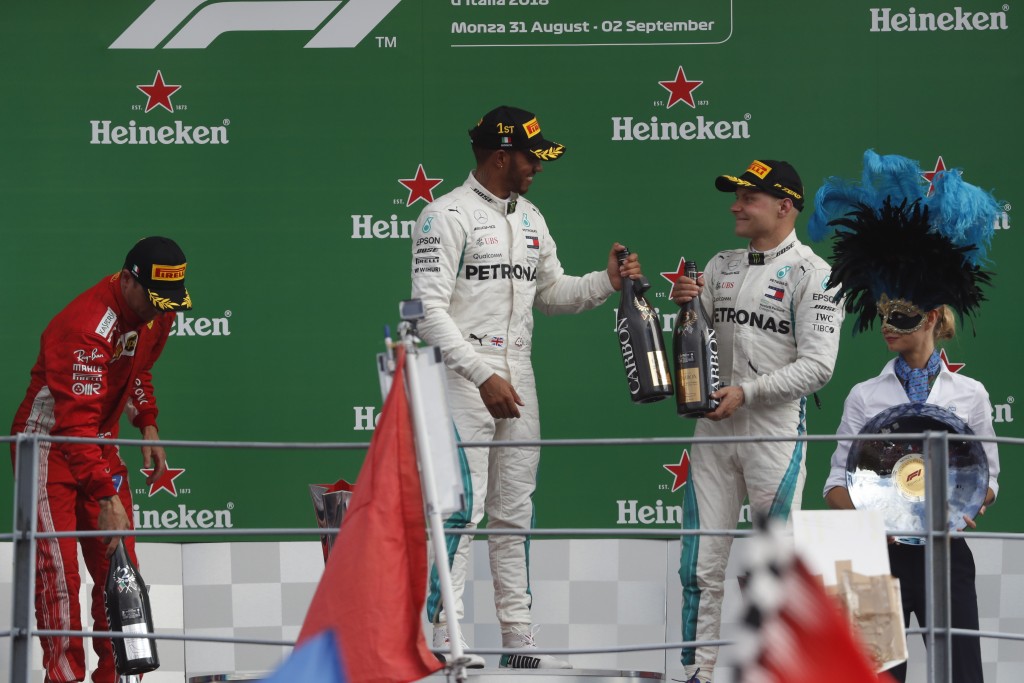 Bottas has insisted this season, and last, that he is on an equal footing with Hamilton and disputed talk he is effectively the team's No. 2 driver.

But Bottas sacrificed himself for the good of the team again on Sunday to help Hamilton win the Italian Grand Prix and extend his championship lead over Sebastian Vettel.

When Hamilton pitted at the end of lap 28, he handed the lead to Bottas, who waited a further eight laps to come in for fresh tires so he could hold up Kimi Raikkonen and allow his teammate to close the gap.

"It wasn't as if I was really sacrificing my race as long as I was keeping Kimi behind," Bottas said. "If he overtook me then for sure I would lose time. A little bit earlier would have been ideal for me to stop.

"But I was happy to do it because for me I knew I would still get a chance to attack (Max) Verstappen. So I don't think we really compromised my result, so it was all good."

Hamilton was able to overtake Raikkonen, eight laps from the finish, and held on to win a fifth Italian GP and extend his lead over Vettel to 30 points.

Bottas finished third just ahead of Vettel and Verstappen, who would have been on the podium had he not received a five-second penalty for causing a collision with the Finnish driver.

The 29-year-old Bottas is fourth in the standings, 97 points behind Hamilton.

"Honestly the points difference between me and Lewis is now very big so I'm willing to cooperate when it makes sense," Bottas said. "We're here as a team and we need to be realistic. The team wants to win both titles (drivers and constructors) so it's all good."

Bottas, who joined Mercedes last year after several seasons with the Williams team, has not always been so happy to be perceived as a support driver to Hamilton.

After July's Hungarian Grand Prix, Bottas was unimpressed at being described by the team's head of motorsport Toto Wolff as a "sensational wingman" — after helping to defend Hamilton's leading position as Vettel and Raikkonen pressured behind Bottas.

"I took the word 'wingman' a bit wrong," Bottas said on Sunday. "If you've seen 'Top Gun,' you know what wingman actually means: we're both each other's wingman so that's all good.

"But in Budapest I think it was a bit different, that really compromised my race big time. And now it really didn't, my result was still the same as it would have been stopping a bit earlier."

Vettel had no such luxury in Monza.

Starting behind polesitter Raikkonen on the grid, he immediately tried to overtake his teammate, only for his move to be fended off.

Vettel was then involved in an opening-lap collision with Hamilton, which saw the German driver needing to pit immediately and left him fighting his way back up the field from 19th.

"I don't think I would have been in a different position to that. It's fine I don't expect anything else."