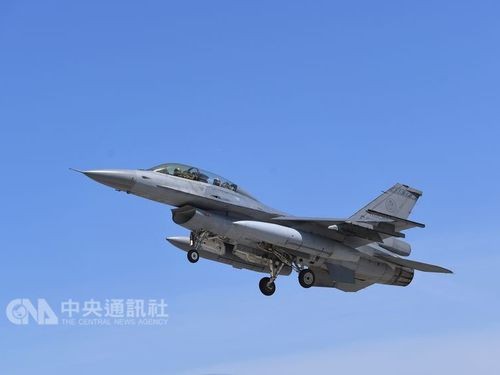 Taipei, Sept. 2 (CNA) The Air Force is expected to dispatch two fighter jets to escort the last batch of Taiwanese athletes who are scheduled to fly home from Jakarta Monday, as part of a heroes' welcome for the national squad, a source told CNA Sunday, speaking on condition of anonymity.

Taiwan's national team, competing under the name of Chinese Taipei, finished in seventh place on the medal table with a total of 67 medals -- 17 gold, 19 silver and 31 bronze -- as the games concluded Sunday.

The two fighters will accompany the plane once it enters Taiwan's Air Defense Identification Zone.

During the escort, the two jets will also deploy decoy flares to celebrate the homecoming of the more-than 200 athletes, the source said.

The decision was made to fulfill a promise President Tsai Ing-wen made to the national team Aug. 10 during a visit to the National Sports Training Center in Kaohsiung, where the national team trained, the source said.

During her visit, Tsai made the pledge that if team won 16 gold medals or more, she would instruct the Air Force to dispatch an F-16 escort, the source said.

The government is also scheduled to award a total of NT$350 million (US$11.6 million) in prize money to the medal-winning athletes.