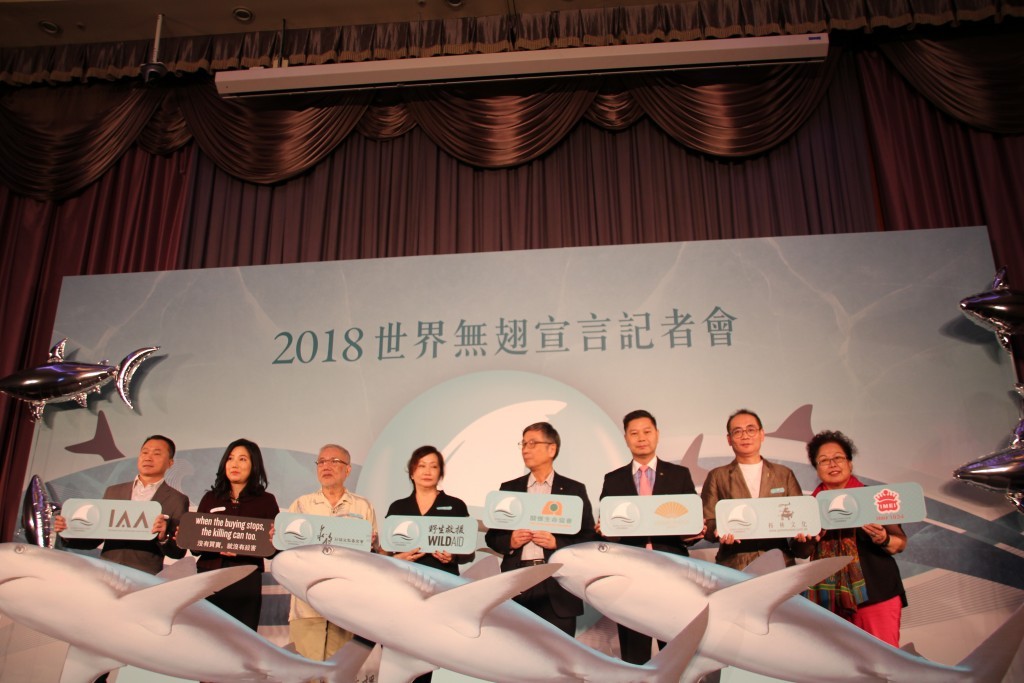 TAIPEI (Taiwan News) – WildAid and Life Conservationist Association launched the online initiative “Global Shark Pledge” along with a video clip calling for an end to shark fin consumption in a press event on Aug. 31.

The campaign to raise public awareness on the importance of marine life and shark protection is supported by I-Mei Environmental Protection Foundation (義美環境保護基金會) and Chuangfu Foundation (莊福文教基金會), who have dedicated themselves to the cause of wildlife protection for years.

According to the survey “Shark Fin Consumption and Protection in Taiwan 2018,” 76 percent of Taiwan nationals have had shark fin soup over the past three years, but the percentage has dropped to 32 percent over the past year.

Changes of attitude and increased environmental awareness are believed to be the cause of the decline, with some reporting involuntary shark fin soup consumption at traditional banquets. While serving the delicacy has previously been associated with a symbol of luxury and a gesture of hospitality, the notion is being considered outdated in Taiwan, according to WildAid.

The WildAid Taiwan 2018 video, sponsored by 30 corporate leaders, calls for the public to stop eating shark fin soup, so as to discourage the killing and selling of sharks, a species playing a crucial role in ensuring biodiversity in the ocean system.

Statistics indicate that a staggering number of 73 million sharks are caught every year for the purpose of human consumption, WildAid reckoned. Scientists have warned against eating shark fin, which has been proved to contain high levels of mercury and could pose serious health risks, reports said.

Sign up for the online petition Global Shark Pledge to show your support.