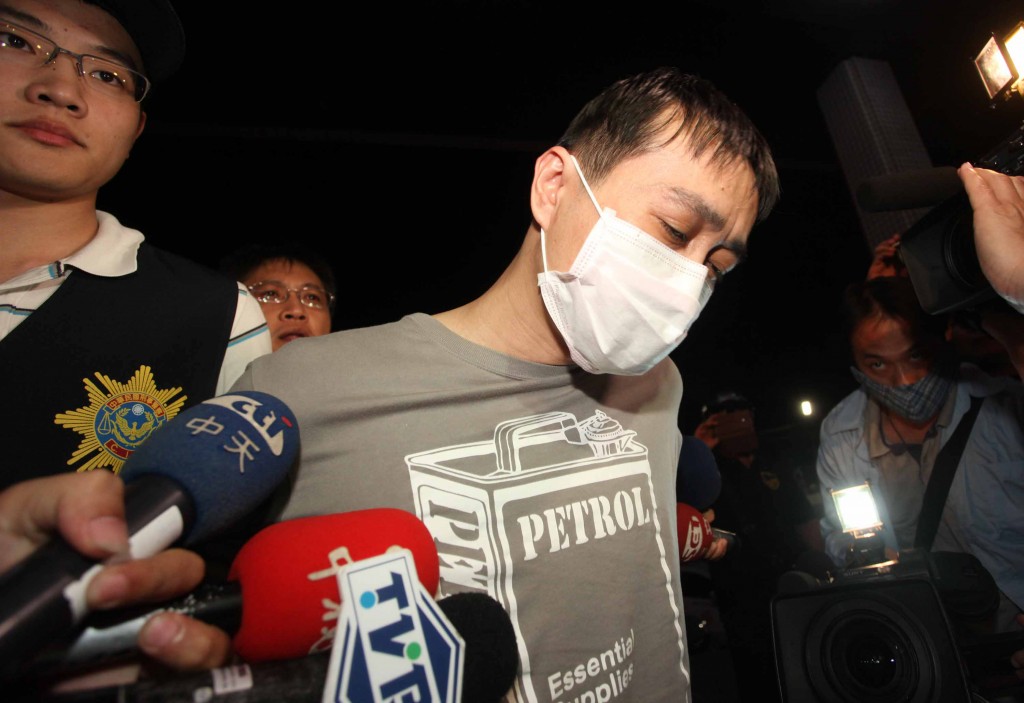 TAIPEI (Taiwan News) – A man who stabbed his former wife to death outside a school and caused the death of a six-year-old daughter became the first death row convict to be executed since President Tsai Ing-wen (蔡英文) came to office in May 2016.

Even though Tsai’s Democratic Progressive Party includes several prominent opponents of capital punishment, the practice still receives overwhelming support from the public according to opinion polls.

Lee Hung-chi (李宏基), 39, was shot Friday afternoon, the Ministry of Justice said. It added he formed a serious threat to law and order and showed no possibility of remorse.

Before the murder, he had already spent 11 months in prison for violating a restraining order and trying to kill both his daughters and commit suicide.

In April 2014, he first stabbed his ex-wife to death and then abducted one of their two daughters from the school.

Having driven to a mountainous area, he drugged the girl and burned charcoal inside the car in order to cause both of their deaths, according to the Apple Daily. He survived, but the girl died two months later, the Central News Agency reported.

The Kaohsiung District Court sentenced him to life in prison, a combination of a 15-year jail term for killing his wife and life for the death of their daughter.

However, the Taiwan High Court changed the sentences to life for the death of his ex-wife and capital punishment for the death of the girl. In 2016, the Supreme Court confirmed the verdict, making it the first death sentence issued since Tsai was sworn in as president.

The Ministry of Justice said the order for Lee’s execution was signed on Thursday, and rejected reporters’ questions about a link with the fact that the president was marking her 62nd birthday Friday.

With Lee’s death, there were reportedly still 42 convicts on death row in Taiwan.