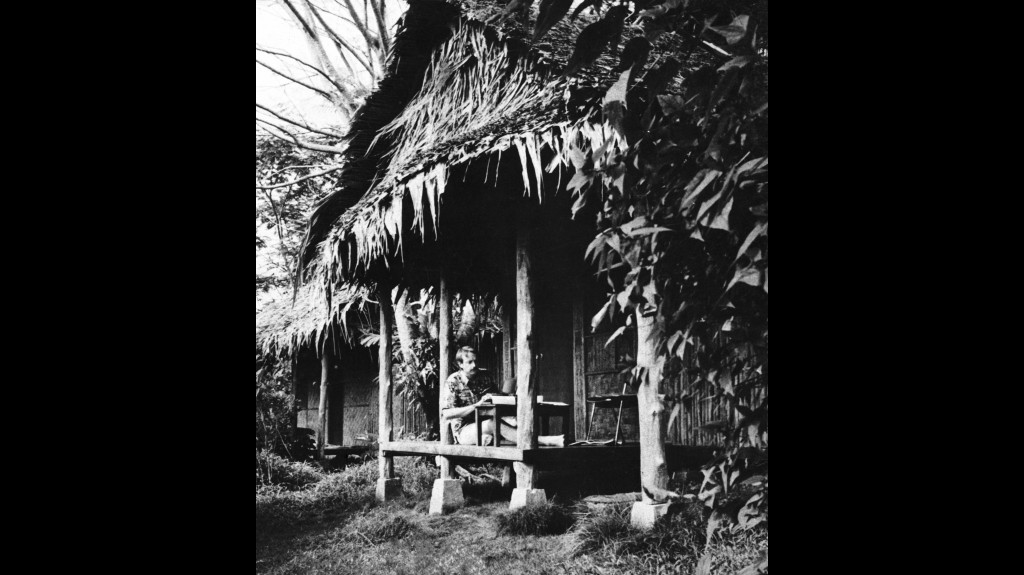 LONDON (AP) — Robert Barr, a longtime reporter and editor for The Associated Press in London who covered major news events ranging from the Lockerbie bombing in 1988 to the death of Stephen Hawking this year, has died after a brief battle with cancer. He was 71.

One of the longest-serving AP staffers of his generation, Barr spent 46 years with the news organization.

His elegant writing and careful editing touched virtually every major news story in the British Isles for three decades, while his memorable deskside manner, deep knowledge of movies and music, and love of journalism, trains and his family left an imprint on AP colleagues.

"He was a lanky, droll, dry-witted part of a wonderful team in London and earlier as news editor at AP's New York headquarters," AP Standards editor John Daniszewski said. "His true affection for his adopted country shone through in the many stories under his byline about life and culture in Britain."

He worked in Honolulu and New York before joining the London bureau in 1988. One of his first assignments in Britain was covering the crash of Pan Am Flight 103 in Lockerbie, Scotland. Two years later, he became news editor, earning the respect of colleagues for his precise, yet graceful way with words and effective oversight, said Myron Belkind, who served as London bureau chief from 1980 to 2001.

Barr oversaw the AP's coverage of British politics during a turbulent period that encompassed the last days of Prime Minister Margaret Thatcher's government to the heyday of Tony Blair; Princess Diana's divorce from heir to the throne Prince Charles in 1996 and her death the following year; and the long-running conflict in Northern Ireland.

It was in Belfast where photographer Dave Caulkin first met Barr — a "giant American ambling along" — through the airport. On visits there, Barr revealed a love of old churches and the odd glass of Guinness, as well as his skill as a journalist, Caulkin said.

"He was a decent, honest gentleman," Caulkin said. "He loved England, and the quirkiness of the English made him often smile."

He also had a sharp eye for features and the "slice-of-life" stories that enriched the AP report, according to Belkind, his former boss.

When the Concorde supersonic jet was fitted with new tires and bulletproof tanks following the Sept. 11, 2001 attacks, Barr was onboard as British Airways relaunched the London-to-New York service.

In an article that carried the dateline "Aboard the Concorde," Barr wrote about the dream of "every crumple-kneed economy flier used to the narrow seats of a Boeing 777."

He bemoaned the green plastic knives that had been introduced in the name of safety, but noted that the vintage wines served on the swanky jet thankfully still came in the proper glassware.

"It is a magical place to dine, watching time roll backward and the sun rise in the West," Barr wrote. "Concorde left London as the sun set, and reached Washington 3 hours, 38 minutes later on a glowing autumn afternoon."

Yet some of his most moving stories were about the kind of regular people who only read about luxuries such as the Concorde.

In 1998, Barr wrote about the controversy surrounding a BBC documentary that captured the final moments of a dying man to illustrate the mysteries of life. The lead quote wasn't from an outraged pundit or a defensive director. It was Herbert Mowes, the man who allowed cameras to film his death from stomach cancer on April 9, 1997.

"I know that I'll never see this film in my lifetime, but I like to think that everybody will see how a human being can manage an illness like mine," Mowes, 63, said in the program. "Everybody can see that there is a way to make the best of the end of your life."

A graduate of the University of Colorado, Barr joined The Associated Press in 1971 and retired in 2017. Yet the AP's obituary for physicist Stephen Hawking carried Barr's byline when it was published after the physicist's death in March since Barr wrote a version of it in advance — a common journalistic practice for well-known figures.

The AP's obit "prep" files have many more as yet unpublished pieces penned by Barr.

"Most of Bob's finest work carries someone else's byline," said Shawn Pogatchnik, who worked closely with Barr on shaping AP's coverage of Ireland throughout the 1990s. "He conducted himself without a trace of ego and sought no accolades. Despite this, it is fitting that Bob's own byline will continue to grace the AP wires for many years to come."

Barr married fellow AP journalist Sue Leeman in 2001. She survives him, together with her two children, Alexandra Ball, 27 and Michael Ball, 24. He is also survived by a sister, Kris Ottoson, of Lafayette, Colorado.

A generation of journalists also will note his passing.

"There is no greater tribute to a professional than to have the respect of one's peers, and the outpouring of testimonials to Bob demonstrates how he was in a class by himself among his peers," Belkind said. "More than his professionalism, he also set the standards for the best personal attributes, always caring and helpful and happy, and never ever showing anger."