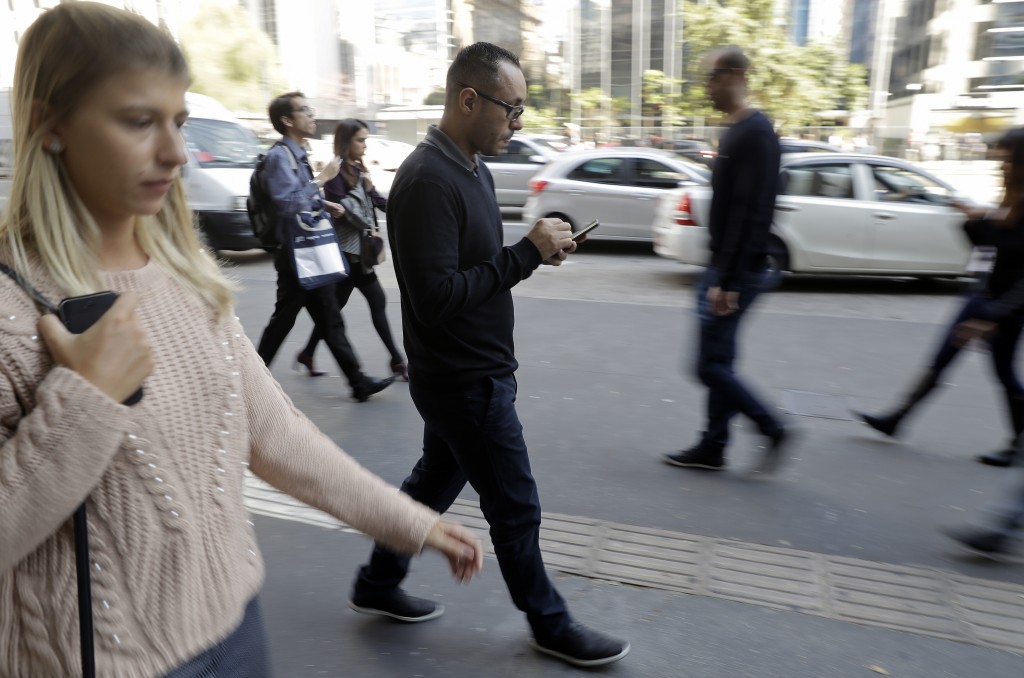 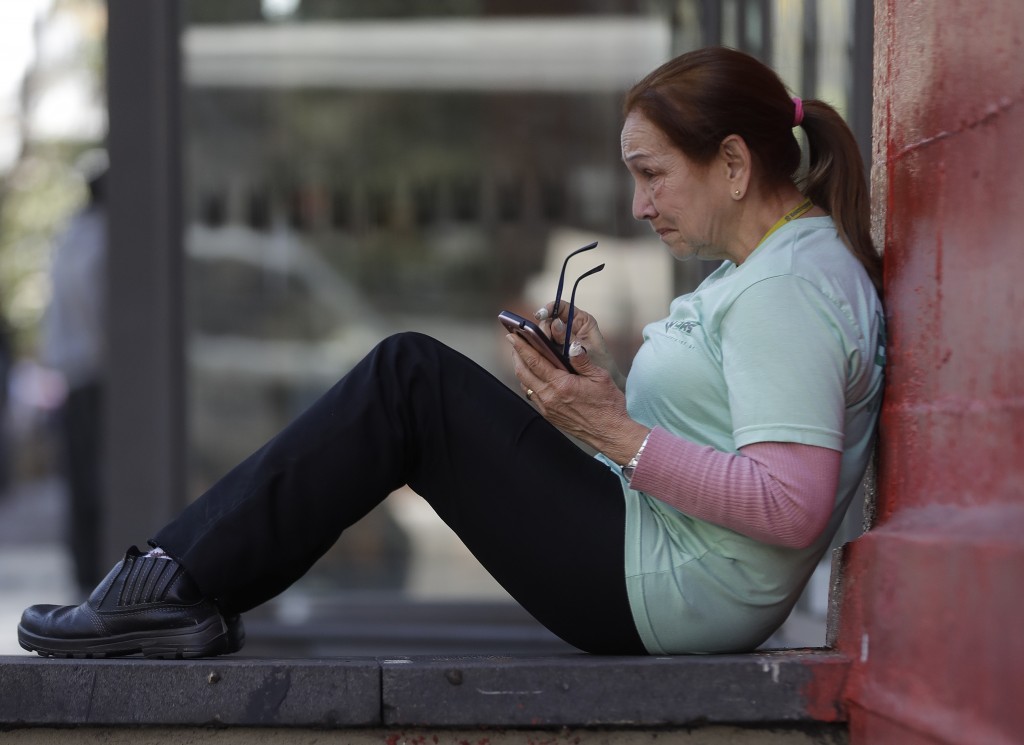 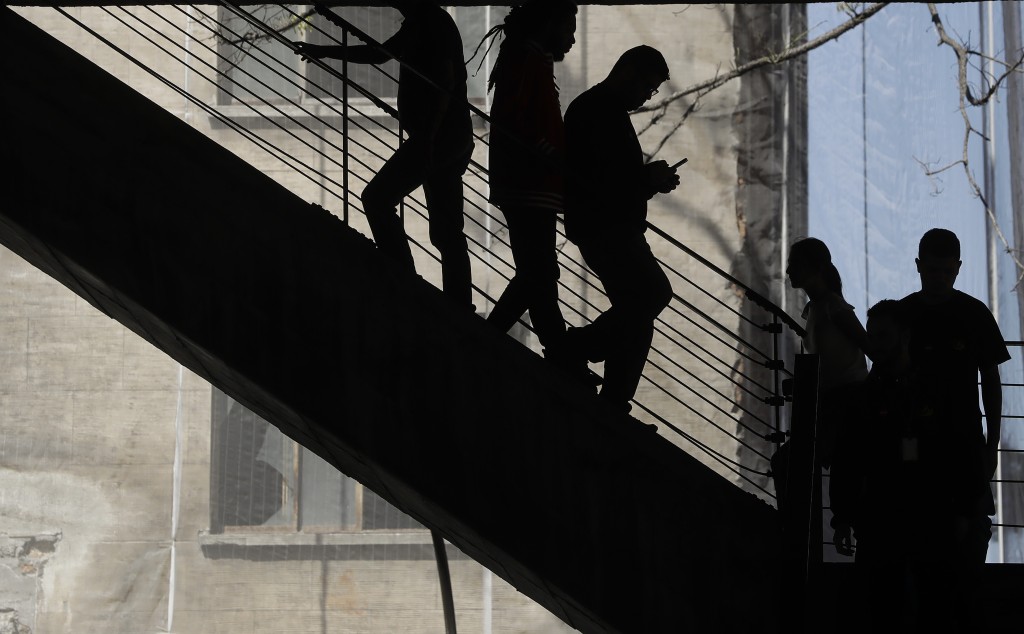 SAO PAULO (AP) — A damning image was whipping around WhatsApp in Brazil: A photo of a black luxury jet labeled "the plane of Lula's son" — seeming proof of high living by the family of jailed former Brazilian President Luiz Inacio Lula da Silva, who is leading polls ahead of October's presidential elections.

The image was shared so often that a new fact-checking project known as Comprova set out to investigate — and quickly debunked it, tracing the jet's ownership all the way back to its date of manufacture. It was always U.S.-owned and had never belonged to anyone in da Silva's family.

Fact-checking efforts have become increasingly common around the world due to concerns about the power of social media to spread disinformation and influence elections.

What's unusual about the effort by Comprova and other projects ahead of Brazil's October presidential election is the focus on messages spread via WhatsApp. It's especially difficult to police the messaging app because users exchange information directly in an encrypted format, unlike more public platforms such as Facebook or Twitter, which have struggled with how to balance freedom of speech against preventing abuse.

While Facebook, which owns WhatsApp sometimes removes accounts on its own platform accused of spreading misinformation, WhatsApp says it has no interest in policing private conversations — and that it can't anyway since they are encrypted.

On WhatsApp, rumors can gain added credibility since they're shared privately by people you know.

The issue is particularly thorny in countries like Brazil, where more than 120 million people use WhatsApp — more or less everyone who has access to the internet — making Latin America's largest country home to nearly one in 10 users worldwide.

Fact-checkers refer to WhatsApp as a "black box," where it's not even possible to know the extent of the problem.

"It's a battle in which we don't know the size or strength of the enemy or even where he is," said Daniel Bramatti, the president of the Brazilian Association of Investigative Journalism, and Comprova's spokesman.

When Comprova receives questions about a photo, video or piece of text — or it notices on its own that something suspect is receiving a lot of attention on social media — a team of journalists sets about checking it. The results are posted on Comprova's website and published by 24 news media organizations that participate in it it.

Comprova, which means "prove" or "check" in Portuguese, is supported by First Draft, a project of Harvard's Shorenstein Center on Media, Politics and Public Policy that has been involved with similar pre-election fact-checking in Britain and France.

But this is First Draft's first concerted foray into the closed-off world of WhatsApp. In separate initiatives, several Brazilian news outlets have also set up WhatsApp numbers where people can send questions or forward suspect posts.

"If we manage to create a little bit of a culture of caution, of skepticism, of checking before sharing, verifying sources, I think we will already feel some difference," said Bramatti. "But really measuring the impact of this will be very difficult."

It's hard to overstate how important WhatsApp is to Brazilians. It's a place to say your dog ran away or that there's an accident on the main road out of town or that a school play was canceled.

"WhatsApp is really a source for news coverage," said Yasodara Cordova, a senior researcher at the Digital Harvard Kennedy School. "You have tons of WhatsApp groups: You have the family group, the building group, the neighborhood group."

The application helped independent truckers organize a nationwide strike earlier this year. But it has also been blamed for contributing to a yellow fever outbreak by amplifying rumors that the vaccine was ineffective or dangerous.

WhatsApp is particularly important for Brazil's poorer classes because it works on simple phones and many mobile phone plans allow people to use it for free, said Maria Martha Bruno of Chicas Poderosas, a group that has launched another fact-checking operation.

She said avoiding WhatsApp in fact-checking "is to speak to few people, and to speak to people who, in general, already have more access to verification tools."

WhatsApp itself has begun to try to slow the spread of false rumors. The company this year introduced a "forwarded" tag to let recipients know when messages don't originate with the sender. It is also testing limiting the number of messages a user can forward at one time — which could help clamp down on purposeful disinformation campaigns.

As it has in India, WhatsApp is planning an ad campaign ahead of the elections in Brazil that urges users to check messages that seem unbelievable and to think twice before sharing them.

"We think that reducing virality of forwarded content can help users by keeping WhatsApp the way it was designed to be, a private messaging app," Carl Woog, a company spokesman, said in an interview.

As in the U.S. and elsewhere, fact-checkers are facing an unusually polarized, distrustful electorate. Many of the comments on Comprova's Facebook page are full of vitriol, accusing the project of one bias or another.

Many of its checks focus on claims about two of the most polarizing figures in Brazilian politics: Da Silva, who is serving a sentence for a corruption and money laundering conviction and is likely to be barred from running, and Jair Bolsonario, a far-right congressman noted for insulting women, gays and blacks. They are running first and second in polls, respectively.

Matheus Salustiano, a university student, said many people are so entrenched in their views that they resent fact-checkers. The 20-year-old has asked Comprova to check some material he received from the WhatsApp groups he belongs to. But he has stopped short of sharing debunked results with these groups.

"Because often you show that something is false, and people think, 'That is a lie,'" he said. "It could negatively affect my relationship with these people. It's sad to say this, but it's what happens."