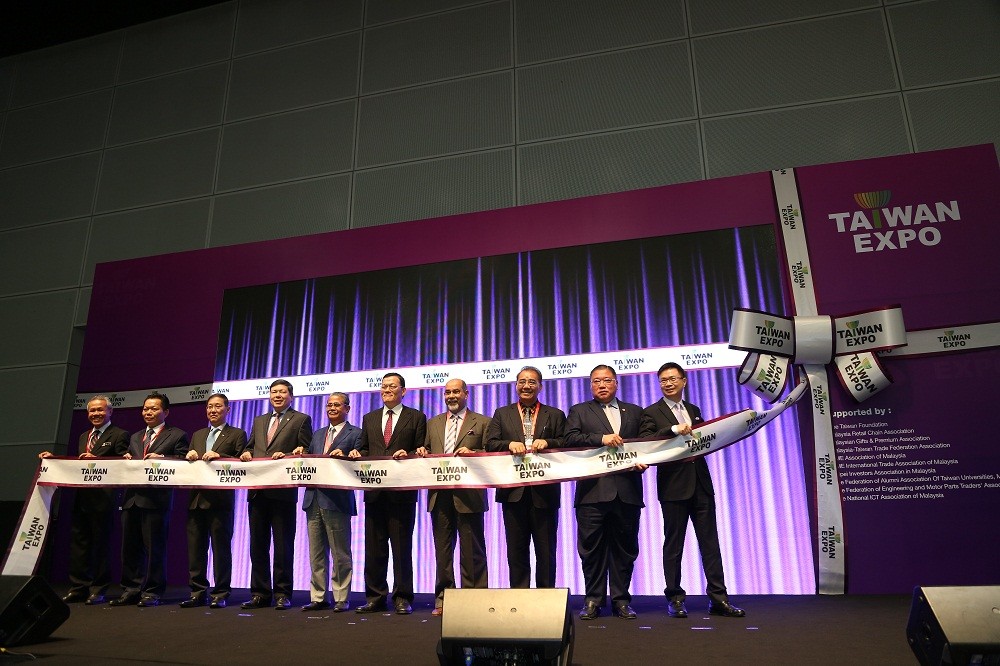 TAIPEI (Taiwan News) - Taiwan Expo 2018 in Thailand is being held for three days in the capital city, Bangkok, from Aug. 30 to Sept. 1.

On the first day of the expo which is held today (Aug. 30), there were a large number of local people coming to see the event. More than 200 Taiwanese manufacturers participated in the exhibition.

James Huang (黃志芳), chairman of the board of directors, said that the event has been actively promoted in Bangkok for a month. A huge promotional poster of "Taiwan Expo 2018" can also be spotted at Bangkok MRT stations and few other places. Sunny, a Thailand celebrity, was chosen as the spokesperson for the event and attracted many fans to visit.

There are seven major themes and areas launched in the exhibition, including Smart City, Green Technology, Agricultural Food, Finance, Talent, Health, and Livelihood. Other than that, seven counties and cities of Taiwan can be spotted at the exhibition. For example, visitors can see and experience Kaohsiung from the VR/AR that is prepared in the expo, also farm products from Tainan and Changhua are ready to be bought on the spot. Prominent chef Ah Chi-shih (阿奇師) from Taichung planned to sell boxes of meat for three days, but they were all sold out in less than two hours.

Aside from the various industrial themes, there is also miniatures of traditional houses and Taiwanese indigenous people in the expo, handicrafts, and original folk songs were sung and played live. There were also some Taiwanese cultural performances.

Huang said that the US-China trade war has caused a lot of Taiwanese businessmen to withdraw from China and move to Southeast Asia. Since the Taiwan External Trade Development Council has been cultivating ties with Southeast Asia for decades, Southeast Asian countries promised to help Taiwan in developing the ASEAN market. In addition, the Taiwan External Trade Development Council promised to hold marketing activities in ASEAN every year, and welcome domestic manufacturers to join.

Huang also emphasized that industry forums in Taiwan Expo gives a good business opportunities for visitors, and it usually attracts at least 30,000 investors.