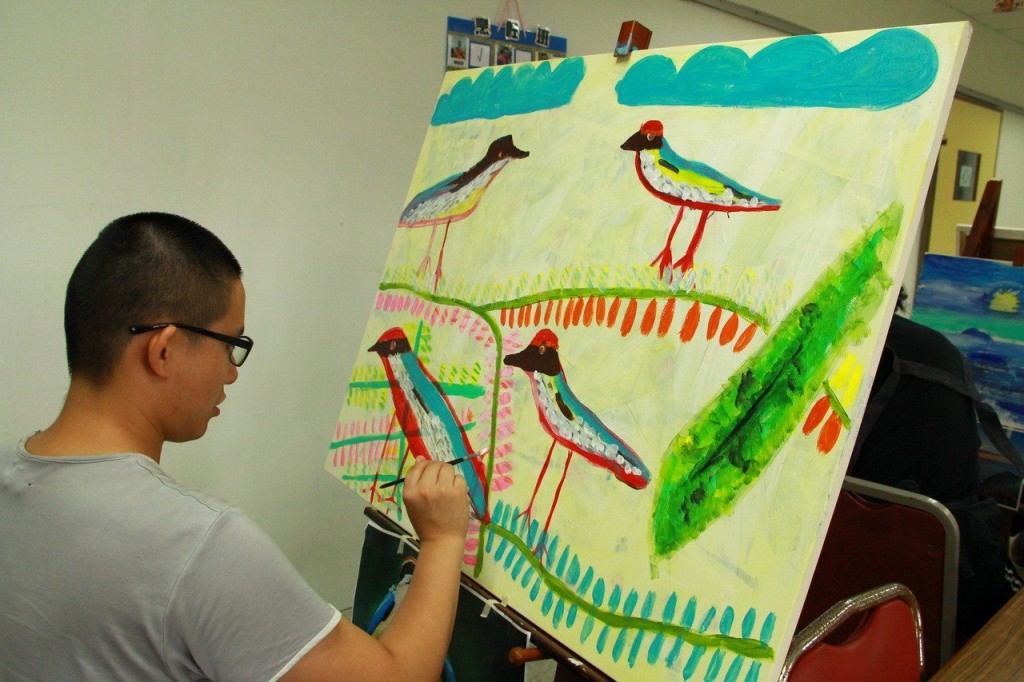 TAIPEI (Taiwan News) - Hermes Taiwan teamed up with Chou Ti-chuan (周帝全), a student at Taipei City Yangming Home for the Disabled, to create an exclusive limited edition scarf in Taiwan based on a painting of the fairy pitta, also known as the "eight color bird," for a charity.

In recent years, Hermes, in cooperation with Christie's has increased it charitable activities, including the hosting of artists' works at charity bazaars.

Chou, who has an intellectual disability and difficulty to express his ideas in spoken language, said that he usually expresses his inner feelings and the world he perceives through his paintings. His previous work "Taipei in the Eyes" won the 2013 Arizona Phoenix Disability Artist Competition.

The "eight color bird" painting for Hermes Taiwan's exclusive limited edition scarf itself was inspired by Chou's favorite bird combined with the scenery, flora and fauna of Yangming Mountain. "There is always a sense of satisfaction in my heart whenever I draw different kind of moods with a colored pen and crayon, as if the whole world is bright," said Chou.

Hermes Taiwan's "eight-color bird" scarf is 45 centimeter square length, and is priced at NT$6,800 (US$221.67) each, with only 600 available in the market. All of the profits will be donated to charity.