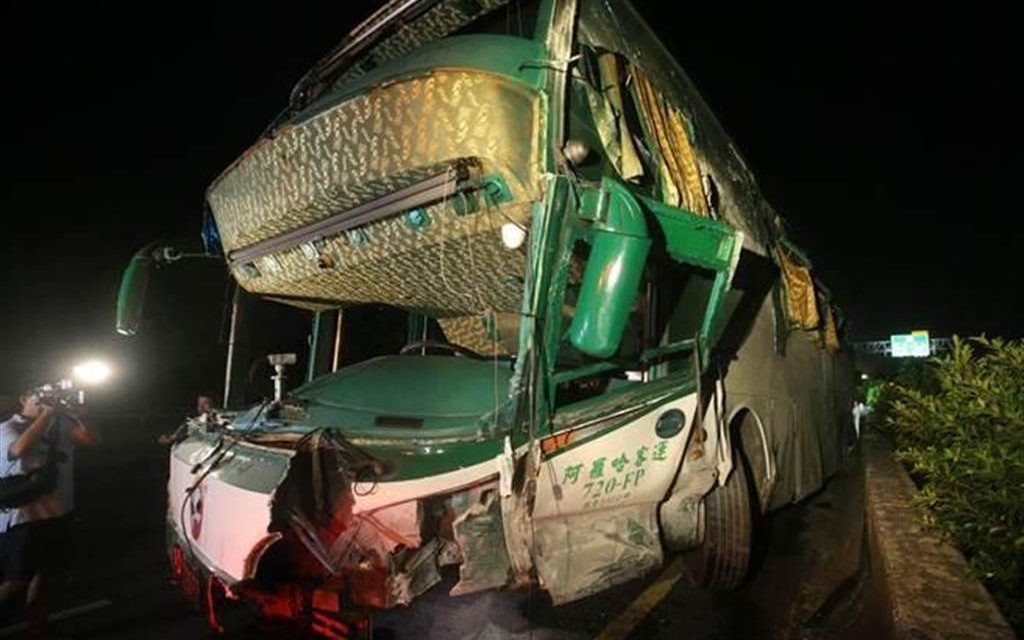 TAIPEI (Taiwan News) – After a terrible bus crash that occurred on Taiwan’s National Freeway in September of 2017, resulting in the death of six people, the bus driver implicated in the accident has been found guilty of negligence on the job resulting in death.

On the evening of Sept. 11, 2017, Wu was driving a coach for the Aloha bus company departing Kaohsiung and bound for Taipei. Shortly before midnight, Wu allegedly made a hard brake and swerved to hit a car, causing the bus to careen into the metal barrier in the center of the freeway.

Passengers were reportedly thrown from the coach through windows that shattered completely on the left side of the bus. According to reports, despite bleeding heavily himself, Wu took immediate action to help the injured, and was the last of the injured to be taken to a hospital.

In total, six people who were not wearing seatbelts died in the accident, with an additional 11 injured.

According to reports of the trial, video evidence shows Wu was not focused on traffic conditions immediately before the crash and was rummaging around for objects to his side, while driving over 100mph, shortly before the accident.

Diagram of the accident from Aloha Bus company