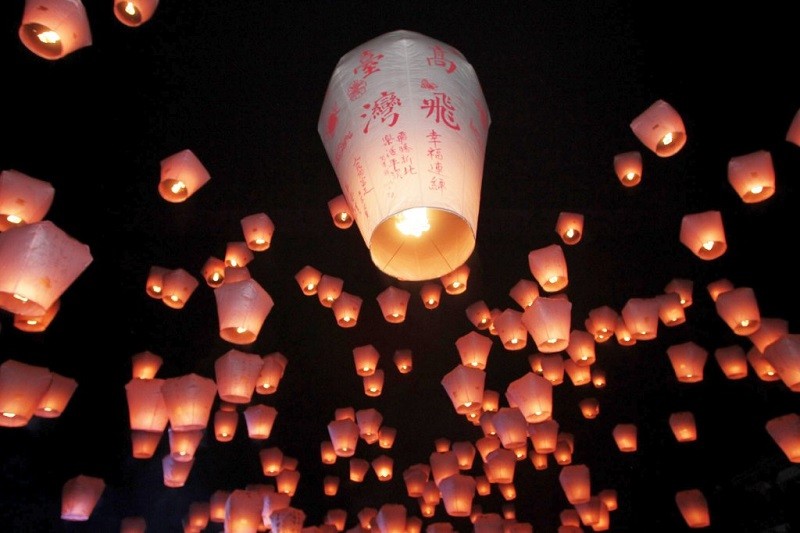 TAIPEI (Taiwan News)—A 12-foot main sky lantern with lively ink wash paintings and calligraphy will rise up from the ground with numerous other lanterns in Pingxi, New Taipei City on the night of the Mid-Autumn Festival (Sep. 24), highlighting the second leg of the 2018 Pingxi Sky Lantern Festival, according to the official website of the activity.

The first leg of the internationally famous event took place on Lantern Festival on March 2, and the second leg will take place at Pingxi Junior High School on Mid-Autumn Festival.

In addition, in order to capitalize the tourism potential of the Mid-Autumn Festival from Sep. 22 to Sep. 24, New Taipei City’s Tourism and Travel Department has teamed up with Pingxi’s chamber of commerce to offer the “299 Mid-Autumn Pingxi Tour” package, which includes “the giant sky lantern DIY and release,” ”the traditional snack herbal cake DIY,” “an in-depth Pingxi guided tour,” “a NT$100 voucher for use at the Pingxi commerce circle,” and “special Pingxi Sky Lantern Mid-Autumn event memorial bookmarker gifts,” according to the Tourism and Travel Department.

The number of the tour package participants is limited to 1,000, and the registration will be open at noon on August 30, the department said. Interested people should visit the New Taipei City Travel website, the agency said.