TAIPEI (Taiwan News) – The Ministry of Culture kick-started an initiative to promote Taiwan’s pop music in the New Southbound countries at a press event on Aug. 28, first eyeing the markets of Malaysia and Thailand.

The initiative will involve business networking events as well as performances featuring pop music artists from both Taiwan and Southeast Asian countries, according to the Bureau of Audiovisual and Music Industry Development of MOC.

A government-led delegation will visit Malaysia between Sept. 2 and Sept.5 to attend an industry event with nearly 50 representatives from pop music industries of both countries, where they will mingle and discuss potential collaborative projects. The music fest will reach a climax when “Taiwan Night” takes place at the Kuala Lumpur Performing Arts Centre (KLPAX) on the evening of Sept. 3.

Budding Taiwanese singers Fang Wu (吳汶芳) and Kowen Ko (柯智棠) as well as Golden Melody Awards winner Chen Jian-nian (陳建年) will take the stage at the concert, joining Malaysian singer Reza Salleh. The showcase has been so eagerly anticipated that tickets ran out almost as soon as they were made available, according to the organizers.

In November, a group comprising Taiwanese bands Matzka, Quarterback (四分衛), and The White Eyes (白目樂隊) will travel to Bangkok to perform in the Cat Expo music festival, which will also feature the locally famous band Retrospect.

The group will include music industry players from Taiwan, who will visit some of the most well-known music companies and performance venues in Thailand to explore cooperation opportunities. 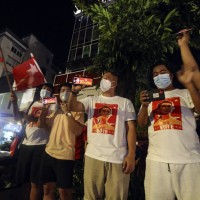 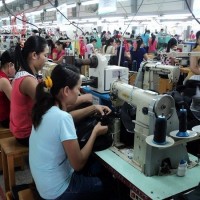