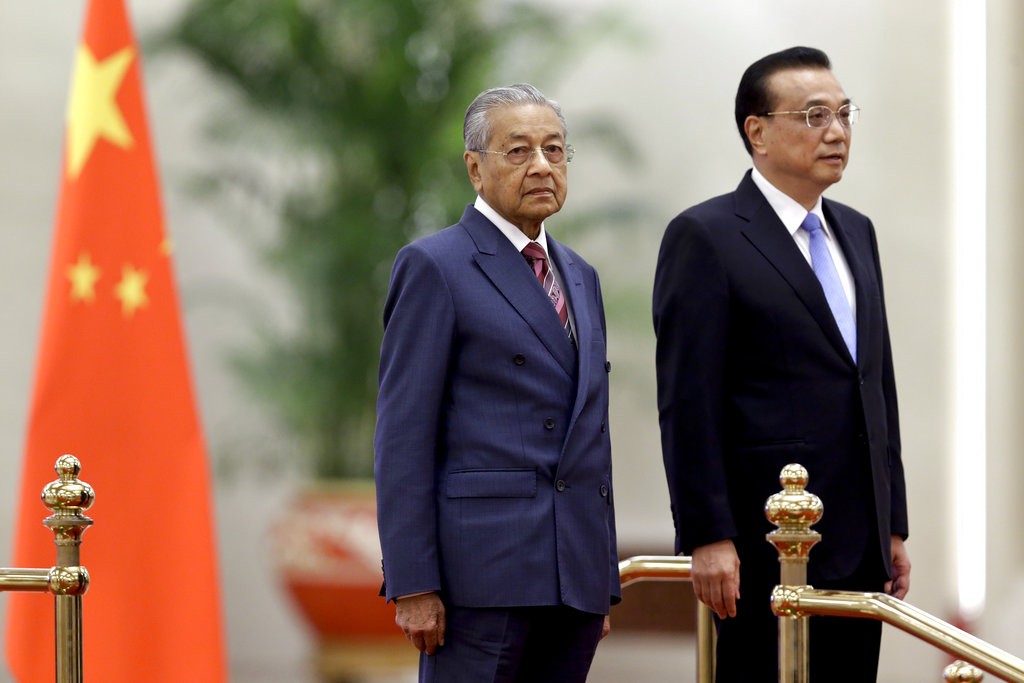 TAIPEI (Taiwan News) – Malaysia and China continue to face difficulties in their bilateral relations, due primarily to the newly re-elected Prime Minister Mahathir and his concerns about foreign influence over the economy and society of Malaysia.

Following Mahathir’s recent trip to Beijing in which he politely informed Beijing that he would be canceling two major infrastructure projects of the “Belt and Road Initiative”(BRI) in Malaysia, Mahathir announced this week that a large wall surrounding a Chinese industrial complex in Eastern Malaysia should be dismantled.

VOA reported on Aug. 27 that Mahathir made the announcement that the wall surrounding part of the Malaysia-China Kuantan Industrial Park (MCKIP) in Pahang, Malaysia should be dismantled.

The industrial park is part of the Kuantan Port area on the east coast of the Malaysian Peninsula. The large wall surrounds the Alliance Steel (M) Sdn Bhd complex in the MCKIP, and has been dubbed by locals as “the Great Wall of China in Kuantan," reports The Star Online.

"An industrial park is not a foreign country. It should be under the laws of Malaysia. Cutting out entry to local officials is not the right thing to do," Mahathir said of the “great wall.”

After the cancellation of the BRI projects, observers see the continued actions of Mahathir as increasingly antagonistic towards China. In recent days, Mahathir has announced that a new real estate development project will forbid residential property sales to foreigners, and also rejected proposals for visa-free entry for Chinese tourists.

Political opposition in Malaysia has called the statements “slander” and reportedly claimed the wall is a safety feature, one which is employed by many heavy industry facilities. However, many in Malaysia have asserted that the wall violates several local regulations and is therefore illegal. Major concerns regarding such fortified structures that encircle and shield the operations of Chinese businesses, protecting them from the scrutiny of local authorities, are issues of extra-territoriality and national security, especially given the proximity of the compound to a major port on the South China Sea.

“We expect the Chinese to comply with our laws and regulations when we are in Malaysia, said the Prime Minister.

VOA reports that China and Malaysia are expected to hold consultations on the issue of removing the wall.