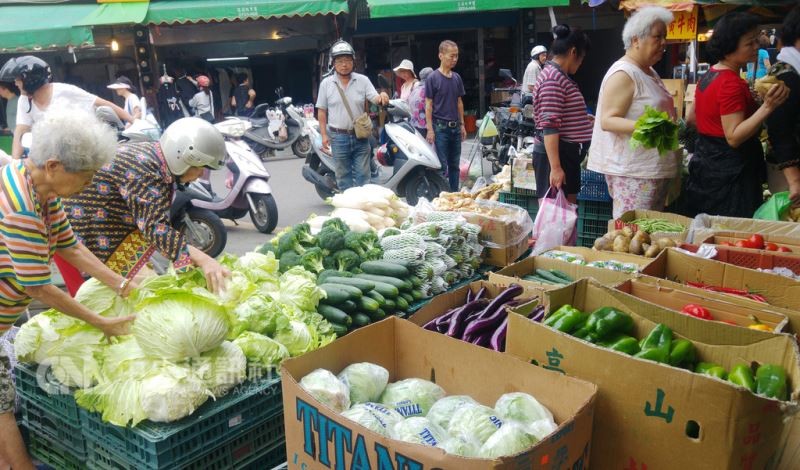 The Cabinet held a meeting on Monday to discuss how to stabilize vegetable prices following serious flooding in southern Taiwan as a result of the torrential rainfall last week.

Executive Yuan deputy spokesman Ting Yun-kung (丁允恭), who spoke to reporters after the meeting, said the government will do everything in its power to assist local farmers in the aftermath of the natural disaster.

Flood-related agricultural losses are estimated to have reached more than NT$500 million (US$16.2 million), Ting said, adding that the government has requested the Council of Agriculture (COA) monitor market conditions closely.

Ting said the Cabinet also instructed the COA to watch out for any price fluctuations in local markets and to supervise private wholesalers and their inventory to increase supplies when needed.

It also called on the National Development Council to coordinate with the agricultural council and other local agencies to follow closely the government's price stabilization measures.

Meanwhile, COA Deputy Minister Chen Chi-chung (陳吉仲) said vegetables and fruits damaged by the flooding in southern Taiwan only make up for 0.1 percent of the total national supply, and therefore the supply should not be affected.

Livestock and fisheries in the area, although having sustained the most damage, also account for only a small percentage of the national supply, Chen said.

Prices for hogs are expected to stabilize, as the high demand for the Ghost Festival has already passed, coupled with the adequate stock by the National Animal Industry Foundation.

This could help curb a hike in pork prices, Chen explained.