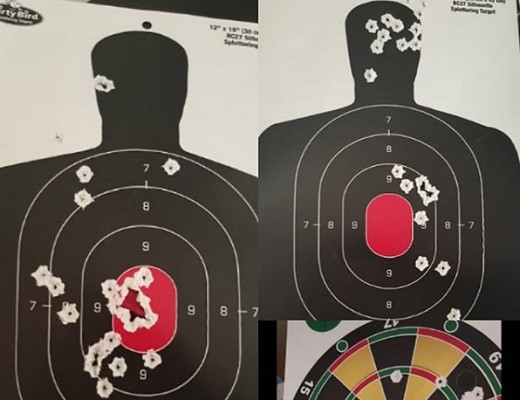 TAIPEI (Taiwan News) -- Reports have surfaced that the two men suspected of brutally butchering a Canadian English teacher in New Taipei last week served in the Israel Defense Forces (IDF), the United States Marine Corps and trained in MMA before moving to Taiwan, where they taught children English at various cram schools.

The first suspect, who is currently in custody, 30-year-old African-American male Ewart Odane Bent, previously served in the U.S. Marine Corps, including being stationed in Okinawa in 2008, reports China Times. On his Instagram page, he listed himself as a "Marine Vet and Experience Security Officer" and that he is a "Trained Mixed Martial Artist." The second suspect, a 37-year-old Israeli-American tattoo artist named Oren Shlomo Mayer, who goes by the handle "Oz" and the Chinese name of 孫武生, was believed to have also wielded a machete to attack Ryan with. According to his own LinkedIn account, Mayer listed a tour with the IDF from 1999 to 2001 and among his specialties, he included "armored vehicle communications, weaponry and self-defense."

Based on Mayer's LinkedIn account, he lists a series of short stints at English cram schools in New Taipei from 2015 to 2017 including Lincoln School, Kid Castle and Alpha Beta School. The ages of the children he taught at these cram schools ranged from "2-12."

According to the account, in 2017 he started his tattoo parlor called DC Tattoos, which is located on No. 6 Guanqian Road in Taipei's Zhongzheng District and claimed to have received an M.B.A. from National Chengchi University in 2018. It is here that the first connection with Ryan appears, because the Facebook page for the tattoo parlor lists his deceased wife "Cat Diamond" as the manager. According to an Apple Daily report, Mayer was the "largest supplier of marijuana in northern Taiwan" and as the illicit business continued to expand, Mayer invited Bent to come to Taiwan to help him sell drugs. Bent then came to Taiwan and began teaching English to pre-school children at a school in New Taipei City's Linkou District, which though illegal for foreigners, does not require a criminal background check as is the case with cram school classes for older children.

When Bent first arrived in Taiwan, he taught English at Annie's English cram school in New Taipei's Linkou District, before later moving on to two different branches in New Taipei City's Xinzhuang District. When he was not sleeping on the sofa of Mayer's tattoo shop, he was said to occasionally stay at the dormitory provided by Annie's English and "had good interactions with neighbors," according to the China Times report.

It is not yet known when the victim, 43-year-old Canadian English teacher Ramgahan Sanjay Ryan, converted from being a cram school English teacher, which he had done for 10 years in Taiwan, to being a drug dealer. A turning point could have been the tragic drowning of Ryan's Taiwanese wife, surnamed Yen (顏), when the two were on vacation in Yilan last year.

Prior to her death, Yen worked as a manager at the tattoo parlor and went by the handle “Cat Diamond.” In May of this year, Taipei police found foreigners to be in possession of marijuana in a nightclub and traced the origin of the drug to Ryan. He was then arrested in Yonghe District for possession of more than 200 grams of marijuana.

After being leveled with drug charges, several of Ryan’s clients suspected he began working as a police informant and had started to betray their drug deals to the authorities, according to media reports. After becoming engaged in heated disputes with Ryan over drugs, Bent and Mayer allegedly plotted to set an ambush for him.

On July 13, a little over a month before Bent allegedly murdered Ryan, he posted the following ominous photo on this Instagram page of target practice with clusters of lethal hits. On the post he wrote, "It is the hits that count." A 21-year-old Taiwanese-Canadian man identified as Wu Hsuan (吳宣), who goes by the English name Dan Wu and is a promoter for the Taipei nightclub Triangle, who had been allegedly working with the men in the drug trade, later admitted to police that on Aug. 18 he purchased two machetes from a weapons store in Wanhua. He then handed the weapons to Bent and Mayer later that day. On the evening of Aug. 21, knowing that Ryan routinely walked his dog "Lulu" along the riverside park near Zhongzheng Bridge in New Taipei City's Yonghe District, Bent and Mayer allegedly rode bicycles to the area and lay in wait for him. The men first pounced on Ryan and tied him down with a metal chain, before hacking him with the machetes. They then severed his head and limbs with a wire saw, placed them in white trash bags and dumped them into the Xindian River (新店溪) in New Taipei City.

Wu yesterday in court said he helped "watch the backs" of the two murder suspects and he witnessed the men murder Ryan, but he insists that he did not take part in the homicide. As Ryan's dog Lulu barked to try to defend her owner, one of the assailants also swung at her with a machete, causing her to sustain a deep laceration to her nose. Nevertheless, Lulu was able to run home, where the following day she would help guide two of Ryan’s friends to find the body.