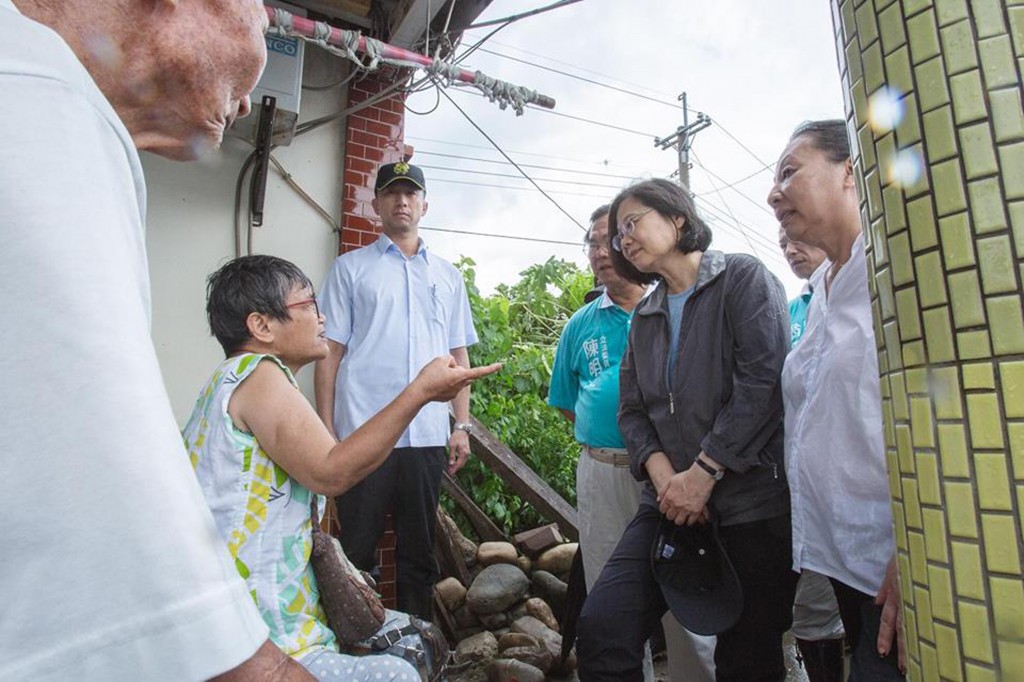 TAIPEI (Taiwan News) – Just because extreme rain caused massive flooding in Southern Taiwan did not mean that past water management efforts were useless, President Tsai Ing-wen (蔡英文) said Saturday during a tour of the ravaged areas.

A tropical depression passed over Southern Taiwan Thursday and Friday with results drawing comparisons to some of the worst typhoons in the country’s history. At least one person was reported dead, with hundreds of houses flooded and thousands of people evacuated from their homes. Premier William Lai (賴清德), who served as mayor of Tainan City until last year, was criticized by the opposition.

However, President Tsai noted in a statement on her Facebook page that the extreme precipitation of the past few days should not give the impression that years of anti-flooding and water management efforts had been for nothing.

Tsai visited some of the worst-afflicted regions Saturday, including Chiayi County, the Central News Agency reported.

Because of the past work, the floods had been less serious and the water had disappeared faster than might have otherwise been the case, Tsai wrote. Nevertheless, the government would evaluate the recent situation and see what measures were necessary to adapt, she added.

Tsai promised to help the local government in facing down more heavy rain and high tides expected within the coming week, CNA reported.

The president also ordered the replacement of old water pumps, and encouraged local governments to take up the issue with the central government.