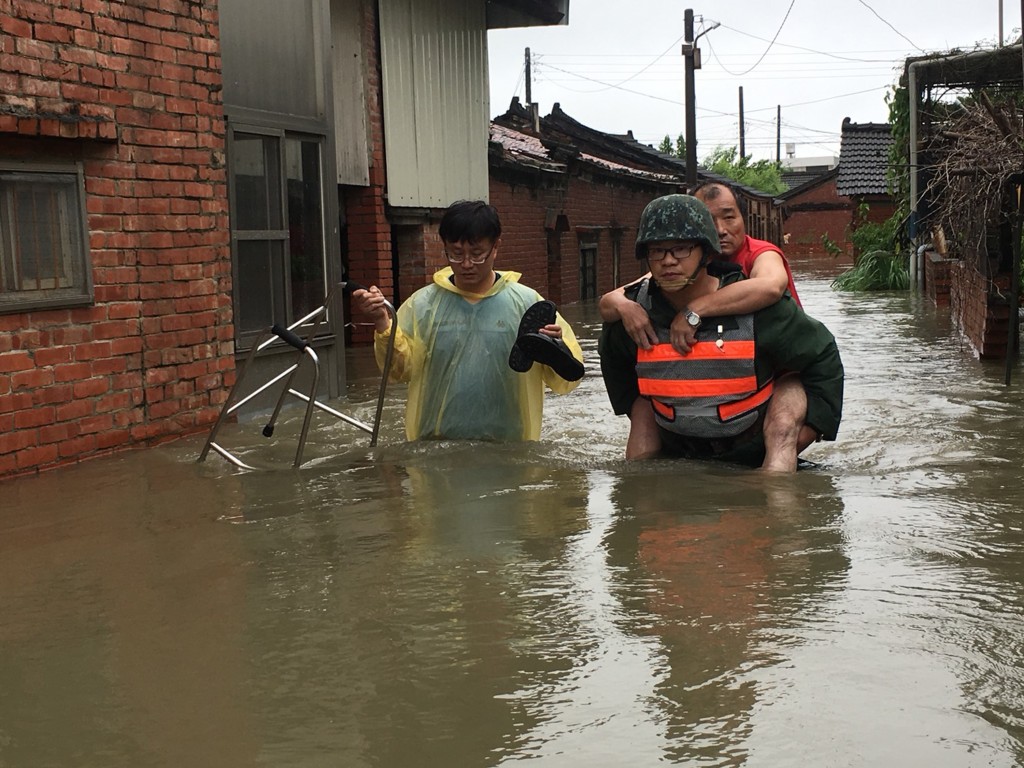 Almost 1,000 people in Tainan were evacuated Friday as torrential rain from a slow-moving tropical depression caused flooding across the city, the local government said.

The rain, which has been dousing Tainan since Thursday, caused the Anping Canal in the downtown area to overflow, and flood 21 of the city's 37 districts, the city government said.

It said 942 people living in flood prone areas had been evacuated to places of safety as of 8 a.m. Friday.

Due to the torrential rain and flooding, 31 bridges and 87 roads in Tainan have also been closed as a safety precaution, the city government added.

City government data showed that some districts in Tainan were inundated with over 600 millimeters of rainfall over a 24-hour period, with Nanxi District receiving as much as 700 mm.

Meanwhile, in the neighboring Chiayi County, evacuations were being carried out by Army personnel as torrential rain also caused flooding in many areas there.

Major General Liu Pei-chih (劉沛智) in charge of disaster control operations in Chiayi County said more than 500 mm of rainfall was recorded over a 24-hour period at several weather stations across the county.

In Lucao Township, the rainfall measured an "astonishing" 768 m, he said.

Central and southern Taiwan have been battered by torrential rain since Thursday due to a tropical depression that has been moving slowly over that area, bringing gusty winds and torrential rain, which have caused travel and power disruptions and flooding in Pingtung County, Chiayi County, Tainan and Kaohsiung, among other areas.

In Chiayi County, 8,270 households were hit by a power outage on Thursday, and some 1,459 were still without electricity as of Friday morning, according to the state-run Taiwan Power Co.

On Friday morning, school and office closures were announced in Taichung City, Changhua County, Yunlin County, Nantou County, Chiayi City and County, Tainan, and Kaohsiung due to the weather.

Schools and offices were also closed in Majia and Shizi townships in Pingtung, but not in the rest of the county.