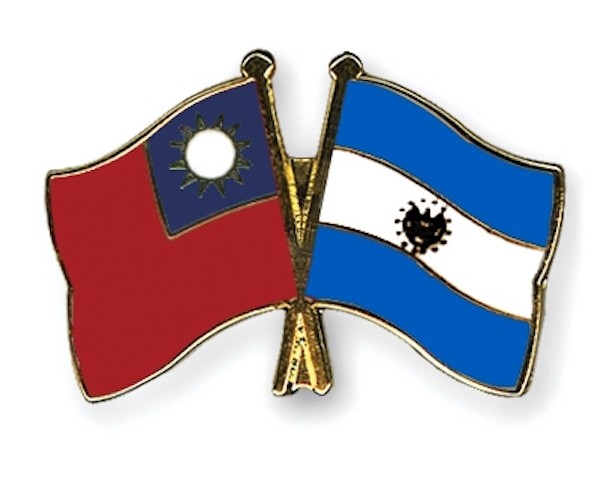 Dum, dum, dum… another one bites the dust! That’s right, it cannot fail to have escaped your attention that earlier this week El Salvador became the latest of Taiwan’s diplomatic allies to gullibly fall for the financial temptations of the Chinese Communist Party.

But El Salvador’s switching of allegiance from Taipei to Beijing has had a remarkably different feel to previous defections, which gives quite an insight into the current geo-political position that both Taiwan and China find themselves in and also offers hope for Taiwan's relations with their 17 remaining allies.

Why did El Salvador defect?

The first thing to look at is the reasons why El Salvador have chosen to recognize Beijing and once again the primary motivation appears to be money. Officials in Taiwan’s Ministry of Foreign Affairs (MOFA) have confirmed that financial demands from the Central American republic have increased markedly since the beginning of last year.

There appear to have been two big tipping points that have led to the severing of diplomatic relations. The first is El Salvador’s hugely controversial Port of La Union project. This new port project was a key development for the current El Salvadorian government, but Taiwanese experts had look at the details and branded it financially unviable.

At the same time, the El Salvadorian government had also been demanding that Taiwan foot the bill for campaigns ahead of the 2019 Presidential election in El Salvador, which the currently ruling party are widely expected to lose.

Quite rightly and properly, Taiwanese President Tsai Ing-wen (蔡英文) refused to rack up public debt in Taiwan for a financially unfeasible port development and an election campaign in a country on the other side of the world.

But unlike Taiwan, China does not live in the real financial world and the sort of amounts being demanded by El Salvador are a drop in the ocean for their state-manipulated economy. The result is that Taiwan has one fewer diplomatic allie and El Salvador has chosen the legions of developing countries which are sleep-walking their way into China’s debt-trap diplomacy policy.

The real difference that has been seen in this latest diplomatic defection is the response it has received, both in El Salvador and, perhaps more importantly, in the USA.

Previously, when countries have switched diplomatic recognition from Taiwan to China, the decision seems to have received broad approval. Most politicians see the dollar signs before their eyes and don’t give two hoots about the dire long-term implications a deal with China is likely to have on their country.

In El Salvador, the reaction has been very different. The President of the Legislative Assembly of El Salvador, Norman Quijano, has been one of the most vocal opposing voices. He condemned the decision and even went so far as to issue a formal apology to Taiwan, calling the move "a deviation from the path to democracy and betrayal of an ally."

The powerful Mayor of the capital city San Salvador also strongly criticized the decision, stating that the government was not representing the people of El Salvador in the move.

These internal criticisms can be interpreted several ways. Perhaps these influential political figures are more knowledgeable about how China’s debt-trap diplomacy works than the El Salvadorian President Salvador Sánchez Cerén and his senior ministers and advisors.

The attacks on the decision could be viewed as political opportunism given that Cerén’s government is hugely unpopular and likely to lose the next election in El Salvador anyway. Or the condemnations could have been triggered by concerns over how El Salvador’s main financial donor and closest super-power, the United States would receive the news.

Rubio and US quick to condemn too

The answer to that last question quickly became clear. The U.S. was not at all happy with the move by El Salvador to ditch Taiwan for China. But unlike previous diplomatic switches, when the US has issued statements, but not actually taken any direct actions, it seems that El Salvador could quickly suffer the consequences of its actions.

A number of US political figures have condemned the move, most notable senior US Republican Senator Marco Rubio. Rubio described the decision as a “terrible mistake” and one which would "cause real harm to relationships with US."

But he went even further, promising that he would immediately begin work to end all U.S. funding to El Salvador. Given the current political and trade disputes between China and the U.S. and the fact that Republicans control the US Senate, Congress, and President, such a move seems highly likely to succeed and could be implemented quickly.

When the likes of Panama and the Dominican Republic switched recognition, there was nothing like this level of kickback from the U.S. Why has the response been so strong?

It partly comes from a fear that the Port of La Union project combined with a high level of debt to China could quickly see the People’s Liberation Army securing a military base in Central America. Some of it is undoubtedly down to the ongoing trade clash between the two superpowers. But it can also be attributed, at least in part, to the growing friendship between Taiwan and the U.S., as was clearly illustrated by the treatment of Tsai Ing-wen during her recent stop-overs.

The severing of financial ties between the U.S. and El Salvador could have dire economic consequences for the Central American country. And even if China picks up the slack, El Salvador will find itself in a diplomatically difficult position, not to mention being much further down the road towards economic subservience to the Chinese Communist Party.

It will be interesting to see what happens in El Salvador if, as expected, the current government is removed from office early next year. Is it possible that ties with Taiwan could be quickly reestablished if that happens?

That might be a step too far, but if pressure the U.S. hits home, it is not beyond the realms of possibility.

One conclusion that can be made with confidence is that the loss of El Salvador has not been nearly as damaging to Taiwan as previous diplomatic defections. It is not good news of course. Taiwan needs as much support in the international community as possible.

But the fact that aligning with China has met with such negative responses both within El Salvador, and among the wider international community, bodes well for Taiwan. It raises the prospect that El Salvador might, possibly, be won back at some point in the future. But it should also serve as a warning to Taiwan’s remaining 17 diplomatic allies that, when it comes to switching diplomatic allegiances to China, the grass may not always be greener on the other side.