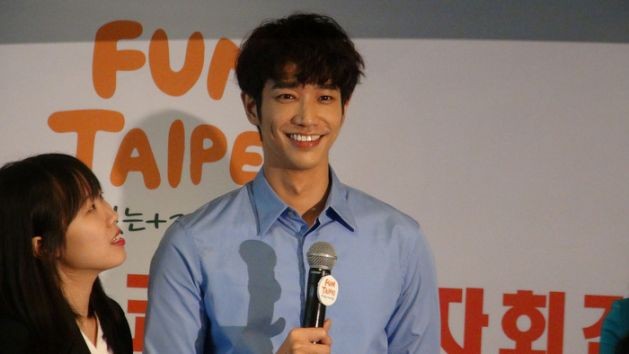 Last June, Jasper Liu showed up in the the South Korean KBS TV program "The Return of Superman," a reality TV show about a celebrity father and his kids. In one of the episodes, Ko Ji Yong, a member of South Korean boy group SECHSKIES, and his son Ko Seung Jae went to Taipei and met Jasper Liu, who quickly gained many fans from South Korea because of his appearance in the show.

Jasper Liu pointed out that when the father and son came to Taiwan for the show, because of the limited amount of time, they did not have the chance to go to the zoo, which is Seung Jae’s favorite place. This time, he especially recommended a visit to Taipei Zoo, Maokong Gondola and Shilin Night Market when visiting Taiwan.

Liu also recommended a trip to Beitou during the winter, since there are a lot of hot springs there. Aside from hot spring, Beitou also has some other attractions to see such as the Taipei Public Library Beitou Branch, Beitou Hot Spring Museum, Plum Garden Beitou and Thermal Valley.

Chen Si-yu (陳思宇), director of the Department of Information and Tourism in Taipei said that Taipei has convenient transportation, diverse choices of food, and a friendly environment, especially for tourists. He also recommended visitors go to Dadaocheng Wharf.

Hung Chin-lung (洪金龍), who previously won the top prize in the Taipei International Beef Noodle's, was also invited to cook beef noodles, which received praise from the South Korean reporter.

Based on a survey of tourist in Taipei carried out by the Taipei City Government in 2017, the number of visitors to Taipei City reached 9.76 million, of which about 980,000 were South Korean tourists, and 54.2% were independent travelers.