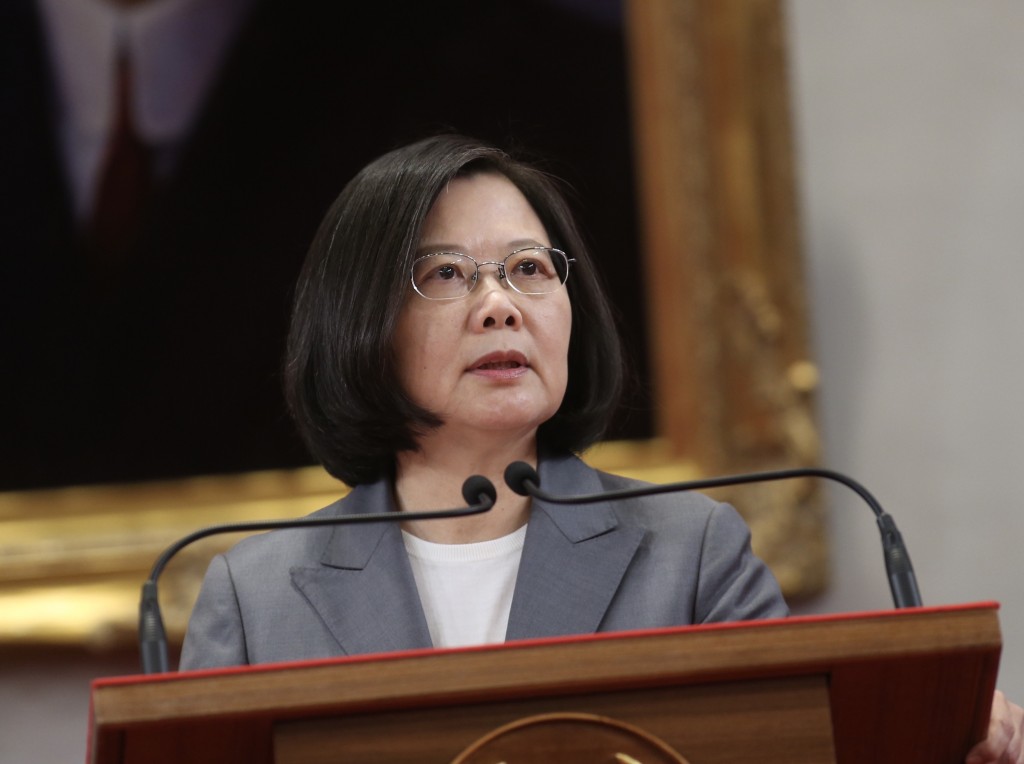 “It is not the time for us to compete with one another for the cross-strait policy. It is instead the time for us to stay in solidarity and preserve national sovereignty,” said President Tsai, calling on political parties to work together in defiance of the Chinese government, which has been trying to isolate Taiwan from international society through poaching the country’s allies.

The president also said Beijing’s attempts to challenge the bottom line of Taiwanese people or divide different parties or politicians in Taiwan should be futile when the nation demonstrates a sense of unity. “Taiwan will not yield to pressure. Pressure will only make us stronger and bring us together. It will motivate us to go out [and connect with the world] with firm determination.”

Since President Tsai took power in May 2016, Taiwan has lost five diplomatic allies over the course of two years, including three in the past four months. The administration has repeatedly condemned Beijing for using “dollar diplomacy” to lure Taiwan’s allies, which often long for monetary assistance and economic development.

Foreign Minister Joseph Wu (吳釗燮) said earlier El Salvador had requested the Taiwanese government to fund its development project of the Port of La Union, but Taiwan refused due to the tremendous amount needed for the project. Later reports suggest that China’s consent to provide funds for the Port of La Union project constituted a major reason for the El Salvadorian government to switch ties.

According to Wu, the diplomatic crisis began to alarm the Taiwanese authorities in June. However, the decision for the Taiwanese government to ditch its ally before the ally made any announcement to switch ties came on Tuesday morning, after the foreign ministry learnt that all the diplomatic efforts to keep El Salvador had not worked out successfully.

The rupture of eight-decade diplomatic ties with El Salvador occurred less than one day after President Tsai returned to Taiwan from her overseas trip to Paraguay, Belize, and the U.S. Asked to comment on the timing of such a blow, Wu said China’s aim was pretty obvious.