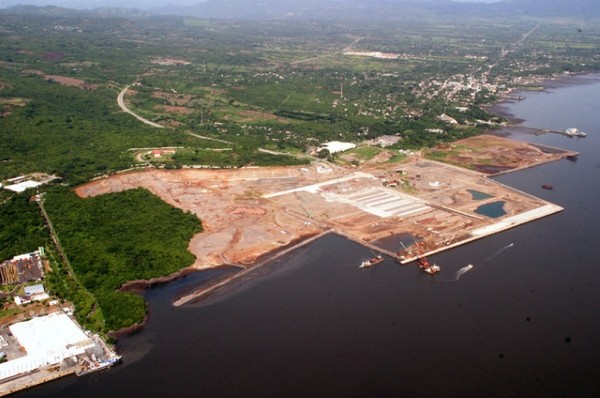 TAIPEI (Taiwan News) -- After Taiwan preemptively severed relations with El Salvador today in advance of its diplomatic recognition of Communist China, more scrutiny is being placed on the massive Port of La Union project Beijing will likely take over and its potential as serving as China's first "military base" in the Americas.

This morning (Aug. 21), Taiwan announced that it would sever diplomatic ties with El Salvador in advance of its anticipated switch to China, after Taiwan refused to foot the bill for the Port of La Union project and the presidential election scheduled in February, 2019.

Given that El Salvador's own state media considers China the most likely bidder for the Port of La Union project, there will be increased scrutiny on Beijing's intentions with the port, with U.S. Ambassador to El Salvador Jean Manes warning that that the facility could become a "military base," reported MintPress News.

In July, Manes expressed concerns that China is probing Latin America for opportunities to use dept-trap diplomacy to gain leverage over countries in the region and potentially even use such deals to install military facilities, according to the report:

"They are trying to find weak spots in the region, where they can make these kinds of arrangements... we are concerned that it is not only investment in a port, but then they want to do something with their military and they want to expand Chinese influence in the region. It is a strategic matter and we all need to keep our eyes open to what is happening."

In response to today's news, Manes tweeted in Spanish that the U.S. is "analyzing El Salvador's decision" and said it was "worrisome for many reasons." The following is the full translation of her tweet:

"The U.S. is analyzing El Salvador's decision. It is worrying for many reasons, including the breaking of a relationship over more than 80 years with Taiwan. Without a doubt, this will impact our relationship with the government. We will continue to support the Salvadoran people."

As the China-U.S. trade war ratchets up and tensions rise between El Salvador and the U.S. over immigration policies, including the pending deportation of 200,000 Salvadoran migrants, the country's ruling party and former Marxist guerillas group, the FMLN, appears to be poised to embrace Beijing. However, the U.S. has historically had a low tolerance level for foreign military bases in its backyard and could begin by punishing the impoverished banana republic by withdrawing aid.

As it became clear that El Salvador was poised to switch diplomatic relations from Taiwan to Communist China, Senator Marco Rubio on his Twitter feed wrote that such a move would be a "terrible mistake for the govt of El Salvador." He then speculated that the switch was probably incentivized by a cash infusion by China, saying "Maybe they think China $ will help governing party win elections in 2019."

Would be terrible mistake for govt of #ElSalvador to switch diplomatic recognition from #Taiwan to #China. Maybe they think China $ will help governing party win elections in 2019. But will cause real harm to relationship with U.S. including their role in #AllianceforProsperity

In a second Tweet, Rubio warned El Salvador that if they switch to China, there would be more dire consequences than was the case with Panama and the Dominican Republic. Rubio made it clear that he would "immediately begin work to end their funding" and remove them from the multi-billion dollar Alliance for Prosperity program.

The U.S. response to #Panama & #DominicanRepublic switching from #Taiwan to #China is NOT the way we will react if #ElSalvador does the same. If they do this I will have no choice but to immediately begin work to end their funding & remove them from #AllianceForProsperity plan.