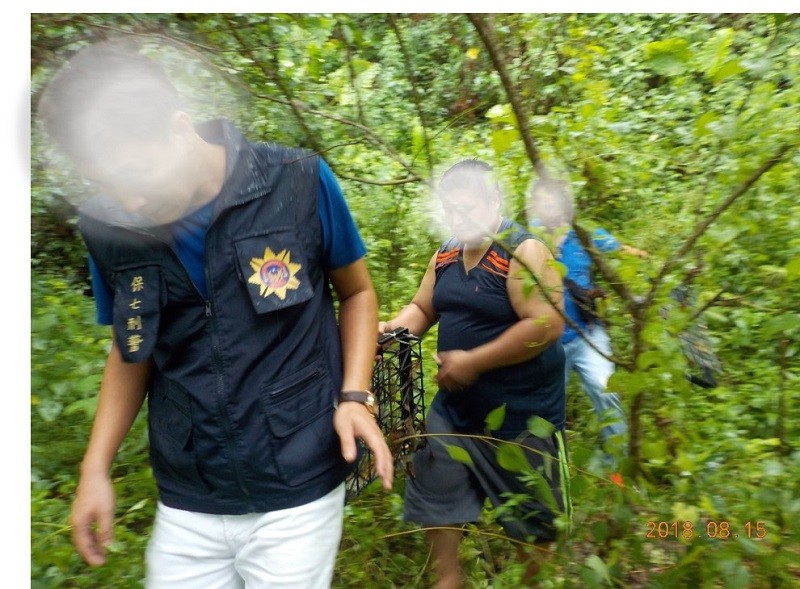 TAIPEI (Taiwan News)--A man who got nailed for catching yellow-margined box turtles by using baited traps in eastern Taiwan on August 15 and referred to prosecutors for an alleged violation of the country's wildlife conservation law faces grim consequences, according to a news release issued by Forestry Bureau on August 16.

The agency said in the release that forest patrols of Hualien Forest District Office had recently found several traps for catching yellow-margined box turtles in the Liyu (Carp) Mountain area, and therefore they installed micro video cameras at the sites to collect evidence. As the forest patrols were checking the sites, they found the man surnamed Wu was “harvesting” ensnared turtles and reported him to police, according to the agency.

The man was brought back by the police for questioning and later referred to prosecutors for allegedly violating the Wildlife Conservation Act, the agency said.

According to the Wildlife Conservation Act, unauthorized hunting and killing of protected wild animals is punishable by six months to five years in prison and a fine between NT$200,000 to NT$1,000,000, Hualien Forest District Office said

As many Chinese people believe that tortoise shell is an excellent Chinese medicine material, yellow-margined box turtles have become a target for hunting, the agency said, adding that even though the turtles have been listed as an endangered species, it is not enough to deter people from hunting the reptile, the agency added.

Hualien Forest District Office urged people to report to Forestry Bureau or police if they find suspicious objects such as plastic buckets, iron buckets or cages near water sources in mountain areas. (photo courtesy of the Forestry Bureau)