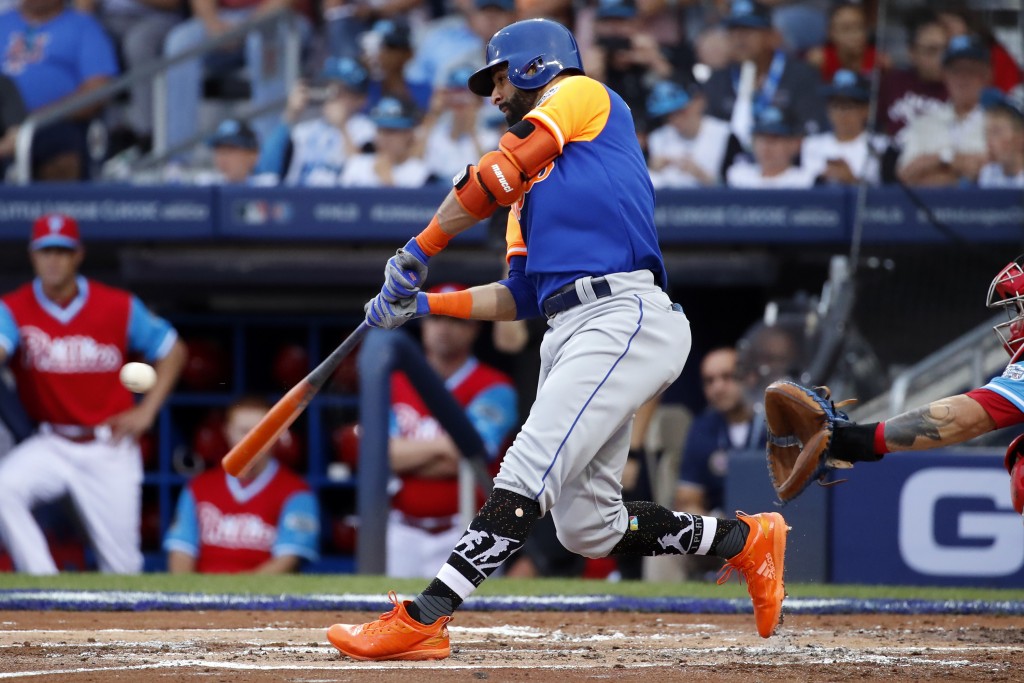 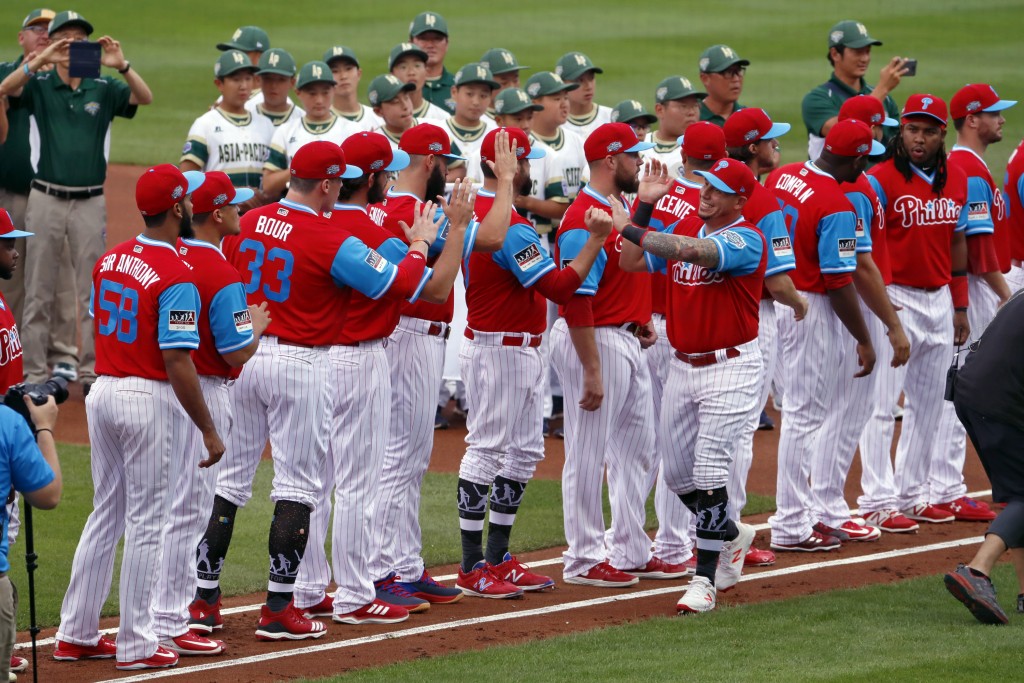 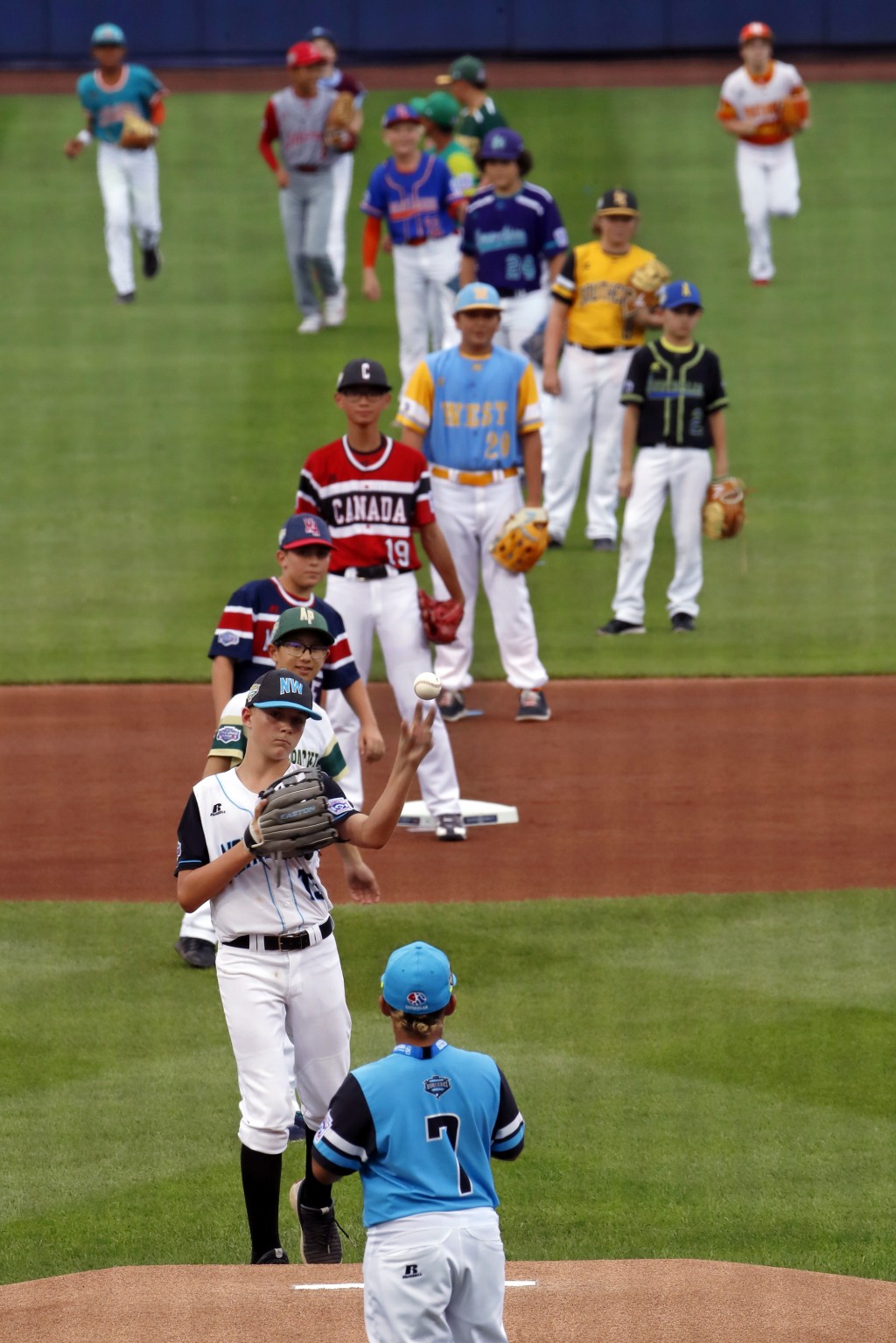 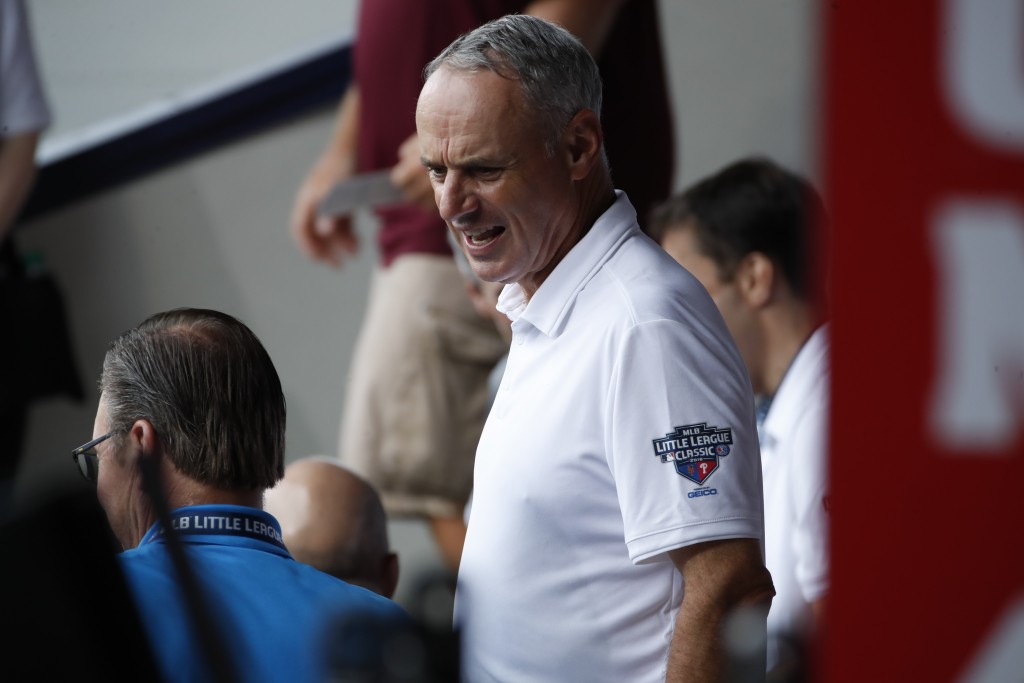 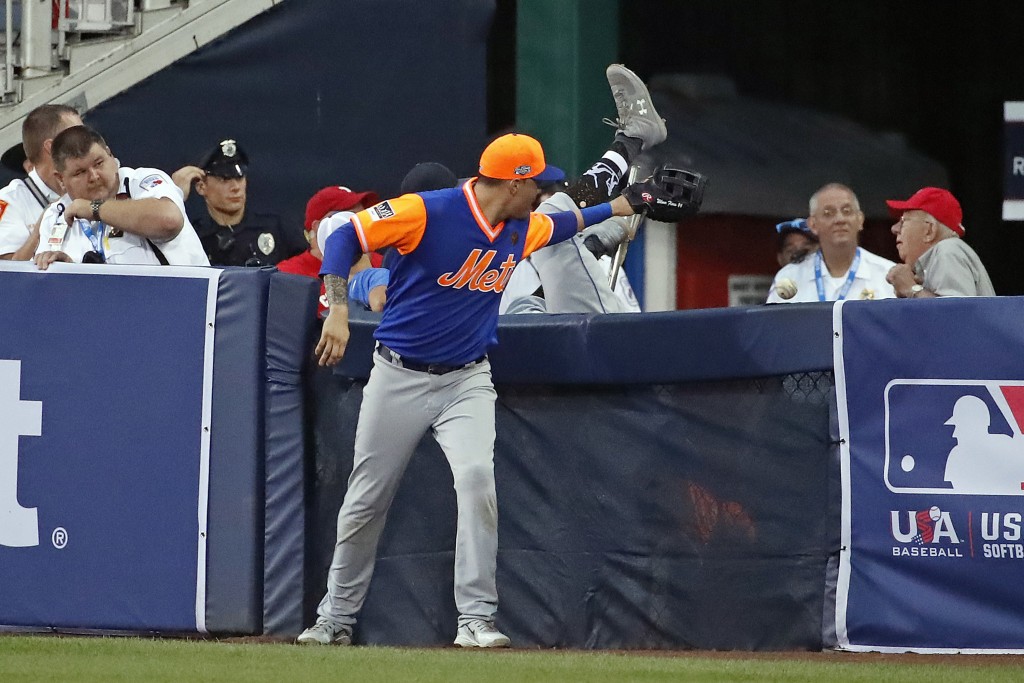 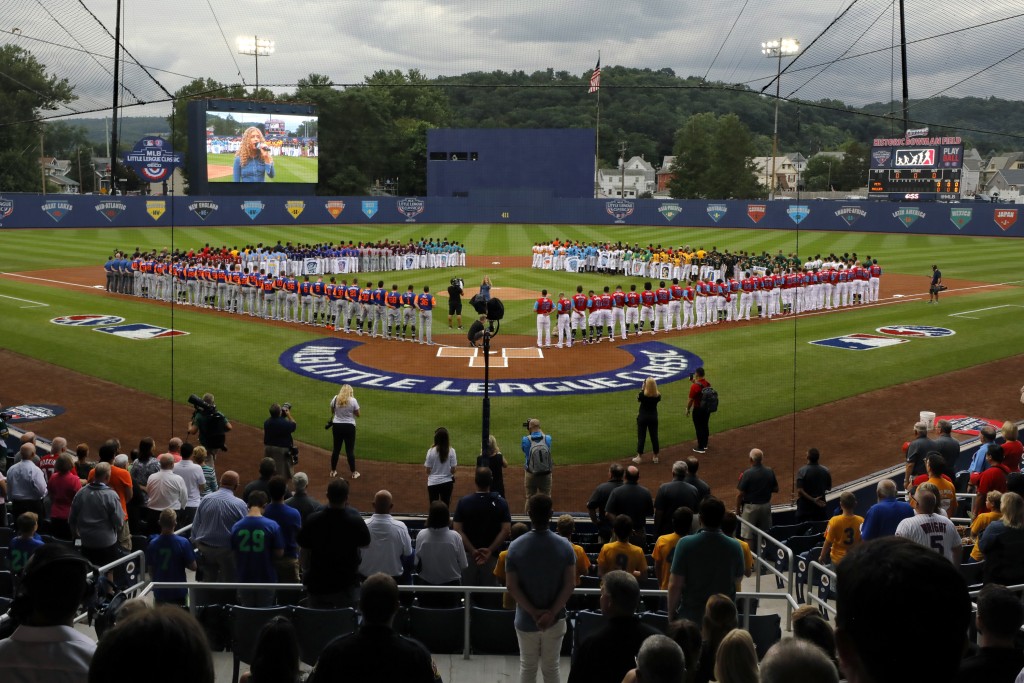 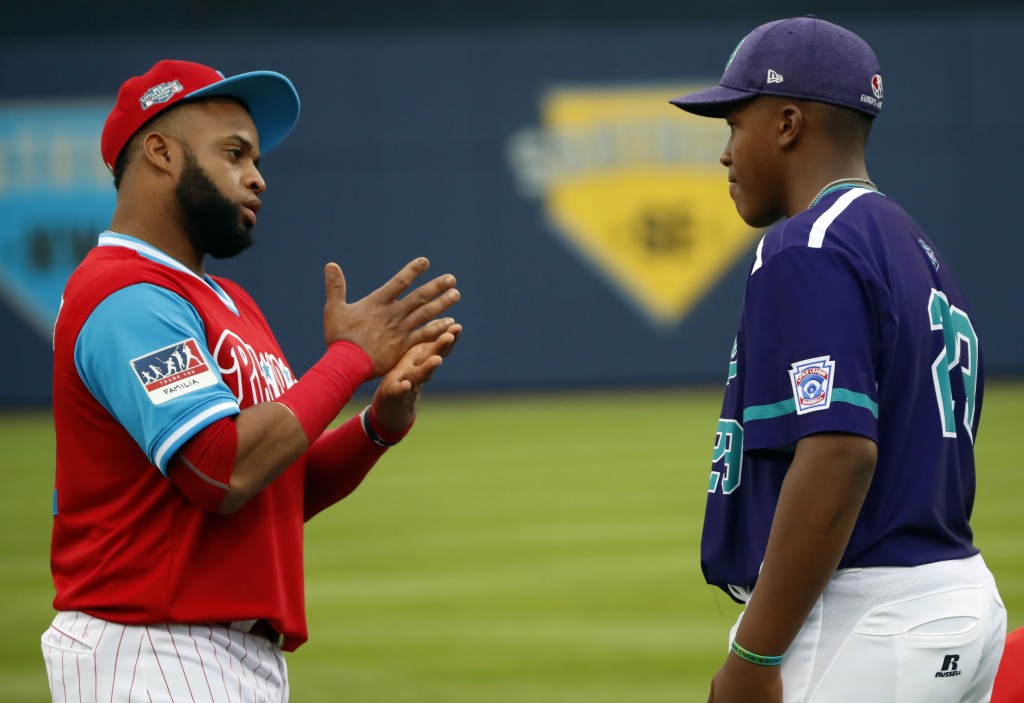 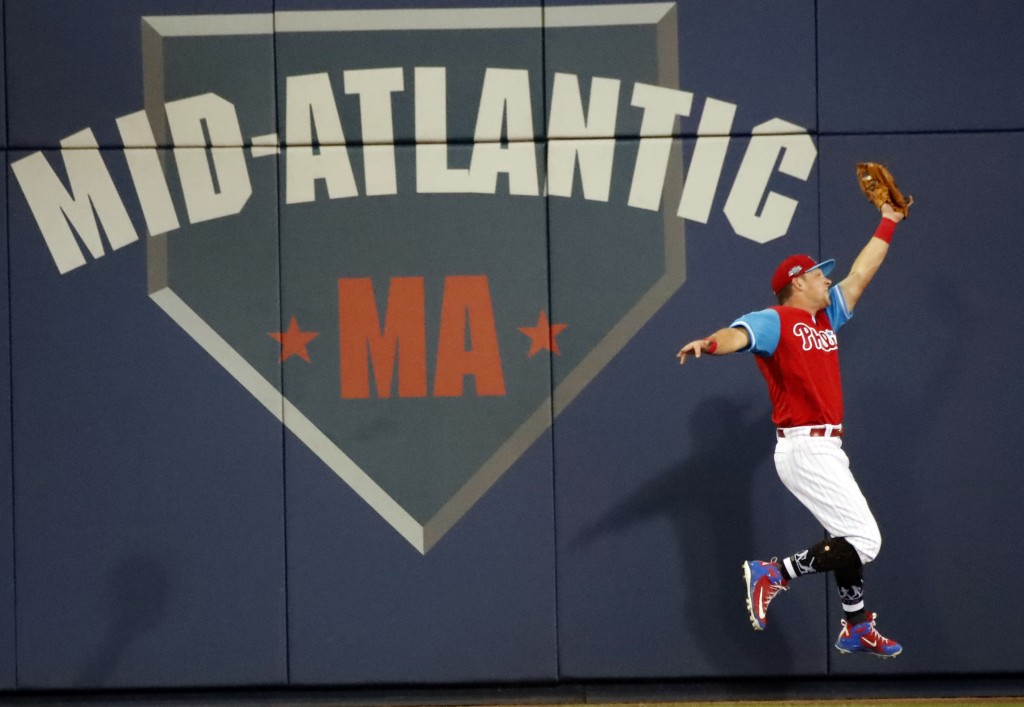 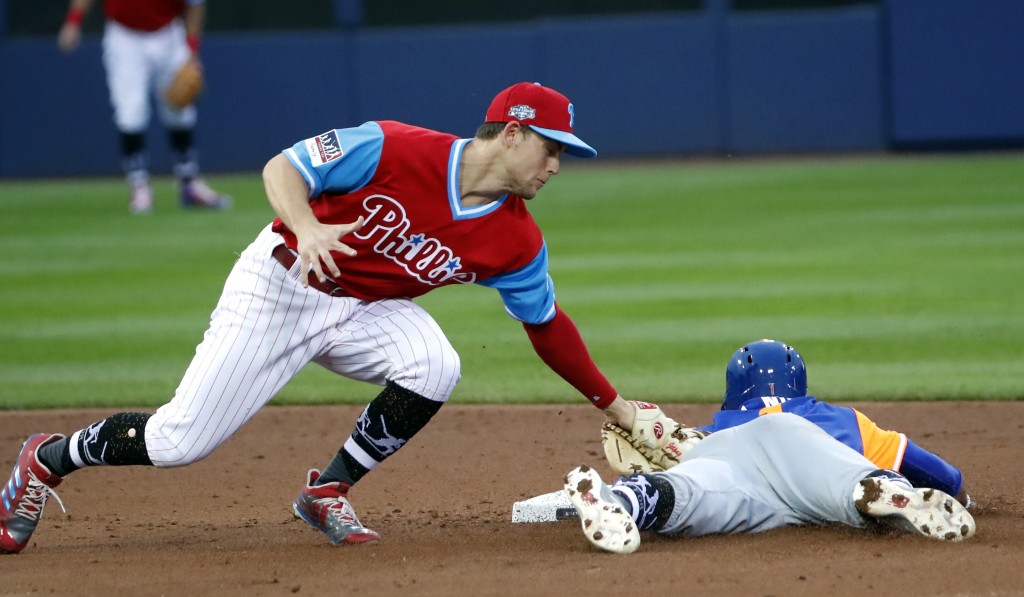 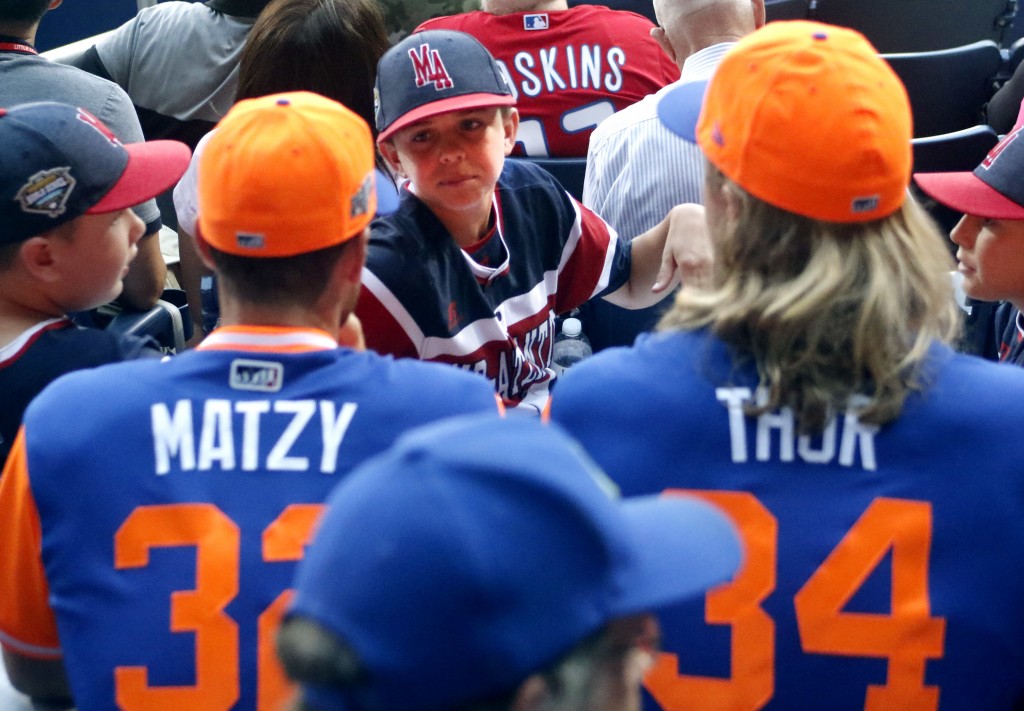 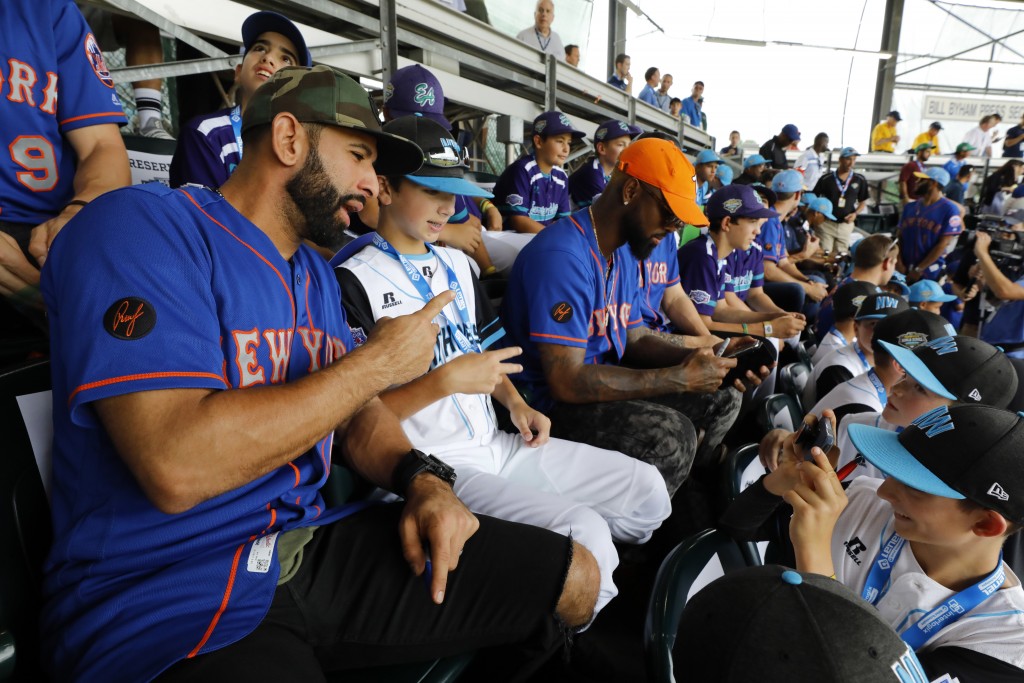 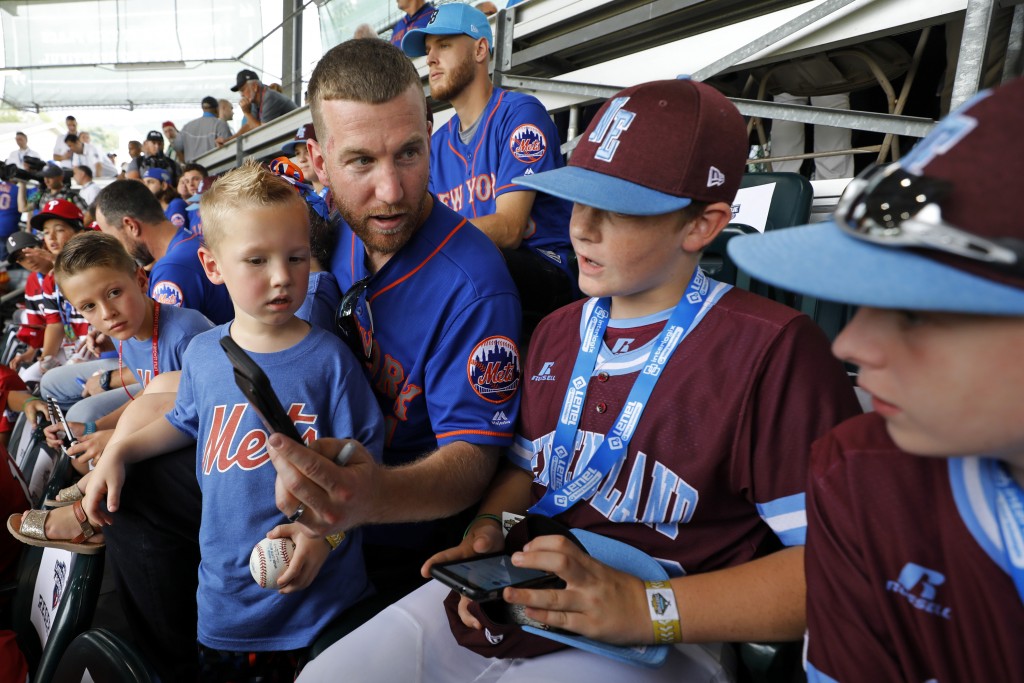 WILLIAMSPORT, Pa. (AP) — Amed Rosario had three hits and drove in three runs, and the New York Mets went from cheering on players in the Little League World Series to impressing the youngsters in an 8-2 victory over the Philadelphia Phillies on Sunday night.

Jeff McNeil added a two-run single to back Jason Vargas (3-8) as the Mets claimed the second Little League Classic and prevented the Phillies from moving into first place in the NL East.

Carlos Santana hit a two-run homer for the Phillies, but Nick Pivetta (7-10) allowed six runs in 3 2/3 innings in Philadelphia's seventh loss in 11 games.

Players and families from the 16 teams competing in the nearby LLWS packed into 2,500-seat Bowman Field, the 92-year-old home of the Phillies' Class A affiliate in the New York-Penn League.

The spotlight shined on New York's Todd Frazier and Michael Conforto and Philadelphia's Scott Kingery, who are among 54 players who reached the majors after playing in the LLWS.

"Pretty surreal because I walked into the dugout and they were getting ready to play a game and one of them was like, 'Whoa, that's Scott Kingery!'" said the rookie infielder, who doubled in the fifth. "That's crazy, because I remember when I was sitting in that dugout."

Frazier, who sparked a four-run second with a leadoff single, is remembered for leading Toms River, New Jersey, to the 1998 title when he led off the game with a home run and struck out the final batter.

"It's been a long day, but well worth it," said Frazier, who hadn't been back to Williamsport since 1999. "I kept telling these kids, let it all sink in."

Just like the 11 and 12 year olds gathered in Williamsport, the Mets and Phillies lined up for postgame handshakes.

The Mets built a 6-0 lead in the fourth to take the five-game series and improve to 8-5 against the Phillies, who dropped a half-game behind division-leading Atlanta.

The teams flew 185 miles Sunday morning from Philadelphia, where the first four games were played. They were met by youth players at the airport, then bused to the Little League complex.

"We were driving through the city and people were coming out of their homes and waving to us," Mets manager Mickey Callaway said.

Hoskins narrowly missed homering with a long foul in the third and a single off the wall in the sixth against Vargas, who entered with an 8.10 ERA.

Santana followed with his 18th homer, and Vargas was lifted after allowing two runs and six hits in 5 1/3 innings.

The Little League teams were introduced, in full uniform, before the game. They danced between innings, ate plenty of ice cream and watched the lowly Mets collect 14 hits.

"Some of them are stepping into America for the first time ever and they get to see a Major League Baseball game. I think that's pretty cool," Frazier said. "And that one kid who's never been here before, you want to show them the right way to play and how exciting it is and how great it is."

Commissioner Rob Manfred announced the Cubs will face the Pirates in next year's Williamsport game on Aug. 18.

Mets: Brandon Nimmo (left index finger) was out of the lineup for the fourth straight game. ... 3B David Wright (shoulder, back) ended an 0-for-14 rehab skid by going 2 for 3 for Class A St. Lucie while playing five innings in the field. ... OF Jay Bruce (left hip) went 2 for 5 as the DH for St. Lucie.