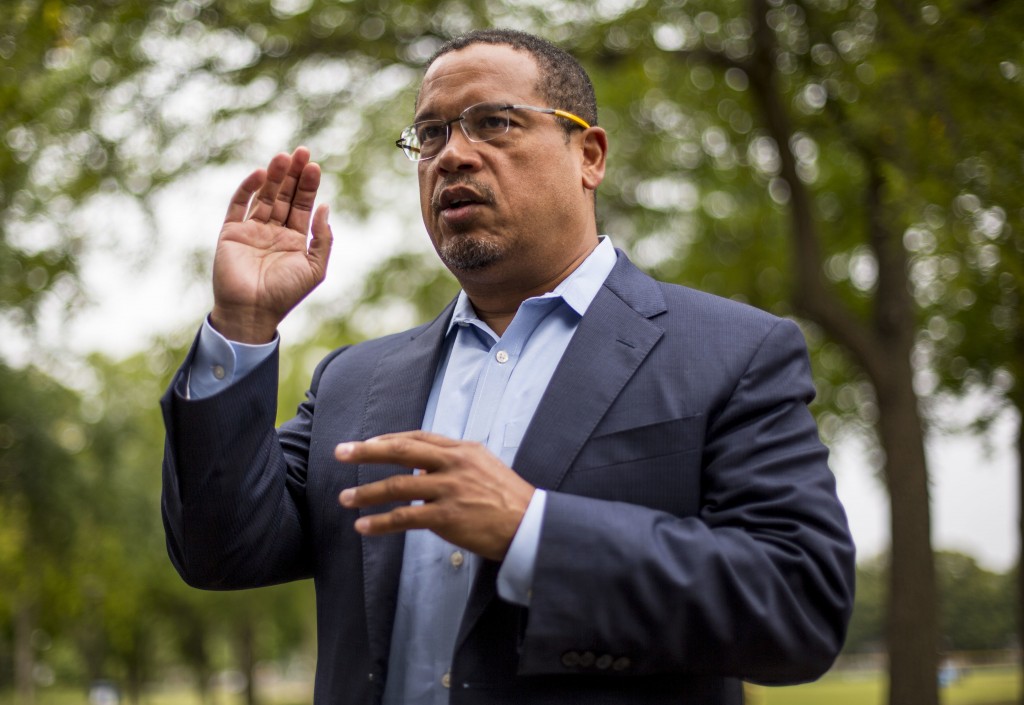 MINNEAPOLIS (AP) — Minnesota Democrats are standing behind Rep. Keith Ellison and his bid for state attorney general, despite an allegation of domestic abuse from an ex-girlfriend.

Democratic-Farmer-Labor Party Chairman Ken Martin says in a statement that the group's central committee endorsed Ellison on Saturday. The National Organization for Women has called for Ellison to quit the race.

But Martin says Ellison "will be a champion for families and fight to hold powerful interests accountable."

Ellison won the Democratic primary on Tuesday, just days after Karen Monahan said Ellison had once dragged her off a bed by her feet while screaming obscenities.

Ellison has denied the allegation. Monahan has said she has video footage of the 2016 encounter, but has declined to release it. Ellison says the video does not exist.