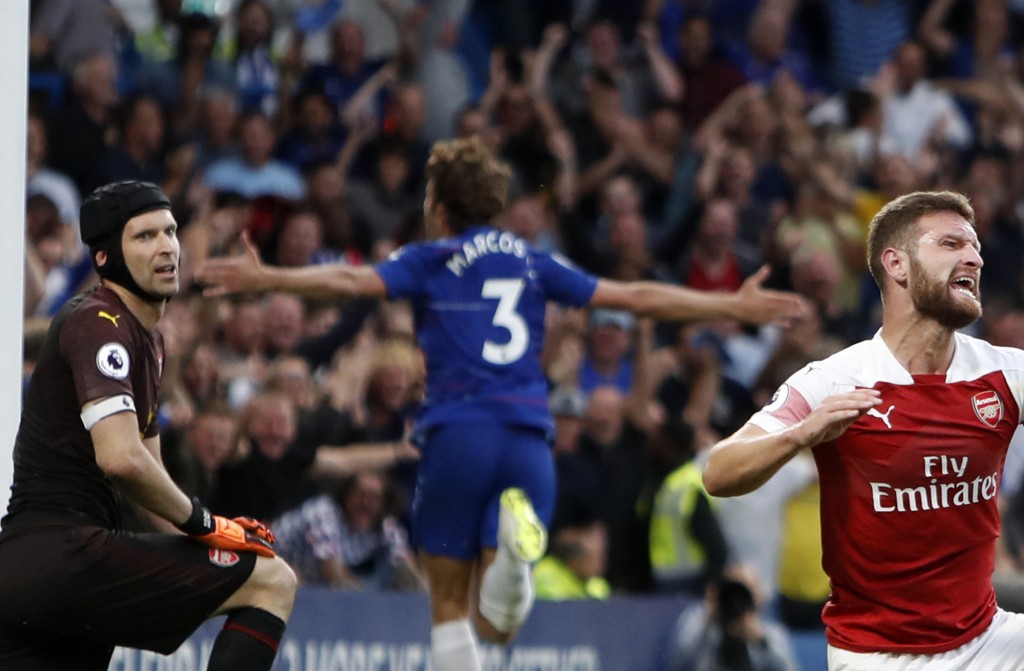 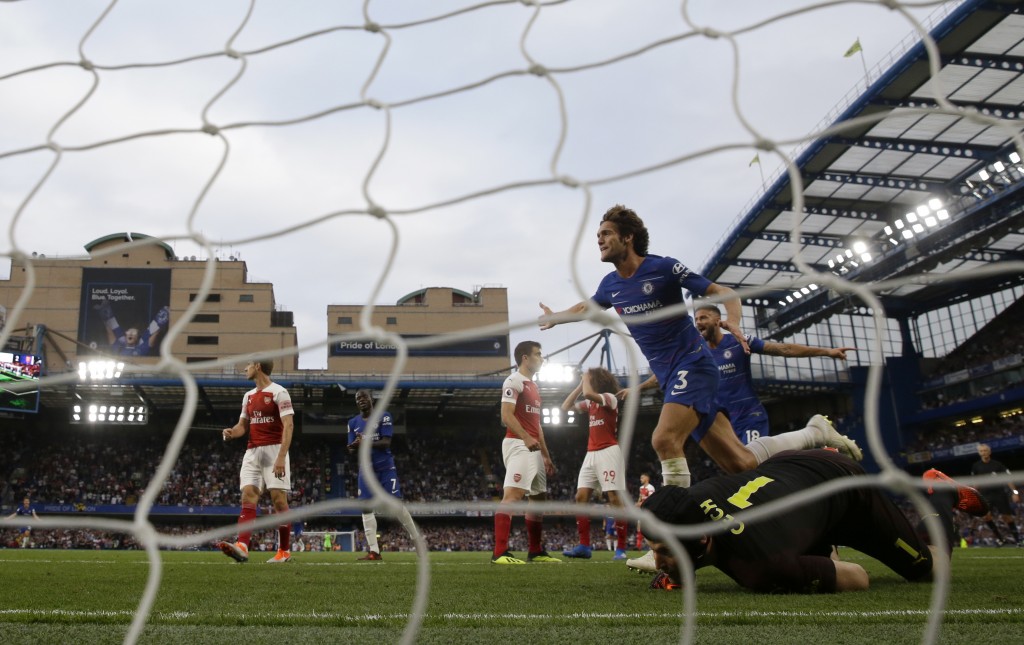 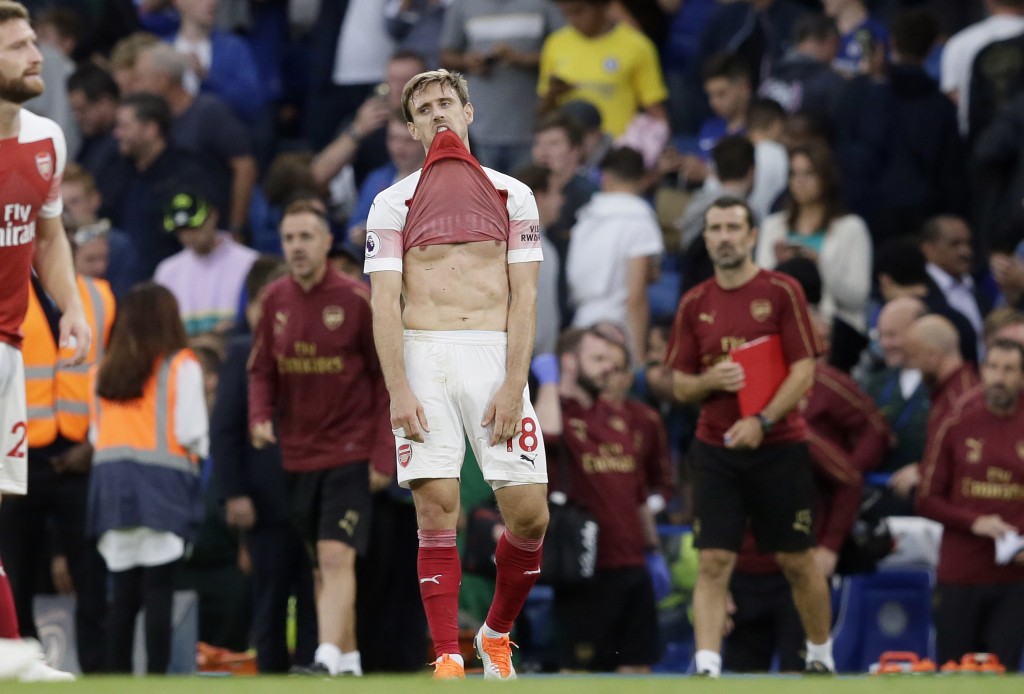 LONDON (AP) — Eden Hazard came off the bench to set up a late winning goal by Marcos Alonso as Chelsea beat Arsenal 3-2 in a frenetic London derby on Saturday for its second straight win in the Premier League.

It is the first time Arsenal has opened a Premier League season with back-to-back losses.

Coming off a 3-0 victory at Huddersfield last weekend, Chelsea started rampantly and scored through Spaniards Pedro Rodriguez and Alvaro Morata in the opening 20 minutes.

Arsenal missed a string of great chances — Pierre-Emerick Aubameyang shot over from close range with the goal at his mercy — but was level at halftime after goals by Henrikh Mkhitaryan and Alex Iwobi in a five-minute span.

Hazard started on the bench again, with Chelsea manager Maurizio Sarri managing the winger's minutes after his World Cup exertions with Belgium. But he made the difference by racing down the left wing, cutting into the area and crossing for Alonso to sweep in the winner in the 81st.

Chelsea is looking dangerous in attack under Sarri but open at the back. The same can be said of Arsenal under its new manager, Unai Emery, with the team showing the same defensive failings as under his predecessor Arsene Wenger. It started the season with a 2-0 home loss to Manchester City.

Arsenal's attempts to play out from the back against City were ridiculed and there was early cause for embarrassment against Chelsea — the first goal kick had to be retaken as the pass from Petr Cech to Sokratis Papastathopoulos did not leave the area.

Pedro's pace had caused Sokratis to panic and Arsenal was punished by the Spaniard soon afterward, with Alonso racing onto Jorginho's pass and crossing for Pedro to tuck in with ease.

Aubameyang should have equalized, first shooting straight at Kepa Arrizabalaga after Shkodran Mustafi's fine pass down the right and then spurning an easier opportunity from point-blank range.

Chelsea took advantage. Cesar Azpilicueta lofted the ball down the right channel for Morata and the Spain striker, with one league goal in 15 league appearances since Dec. 26 prior to this game, turned Mustafi and then tucked the ball under Cech.

Chelsea fans sang "Are you Wenger in disguise?" toward Emery, with Wenger's Arsenal last win at Stamford Bridge coming in October 2011.

But the visitors kept creating chances. Iwobi, included ahead of Aaron Ramsey, found Mkhitaryan in plenty of space but the Armenian lifted the ball over.

Mkhitaryan made amends after Nacho Monreal nipped in to intercept Ross Barkley's pass towards Willian. Iwobi ran at Chelsea's defense, his shot ricocheting back for Mkhitaryan to score.

Mkhitaryan turned provider soon afterward, crossing for Iwobi to fire in from the position where the Armenian and Aubameyang had missed.

Chelsea's persistent late pressure was rewarded when Arsenal substitute Alexandre Lacazette gave the ball away and then was beaten by Hazard down the left. Hazard pulled the ball back for Alonso to score.