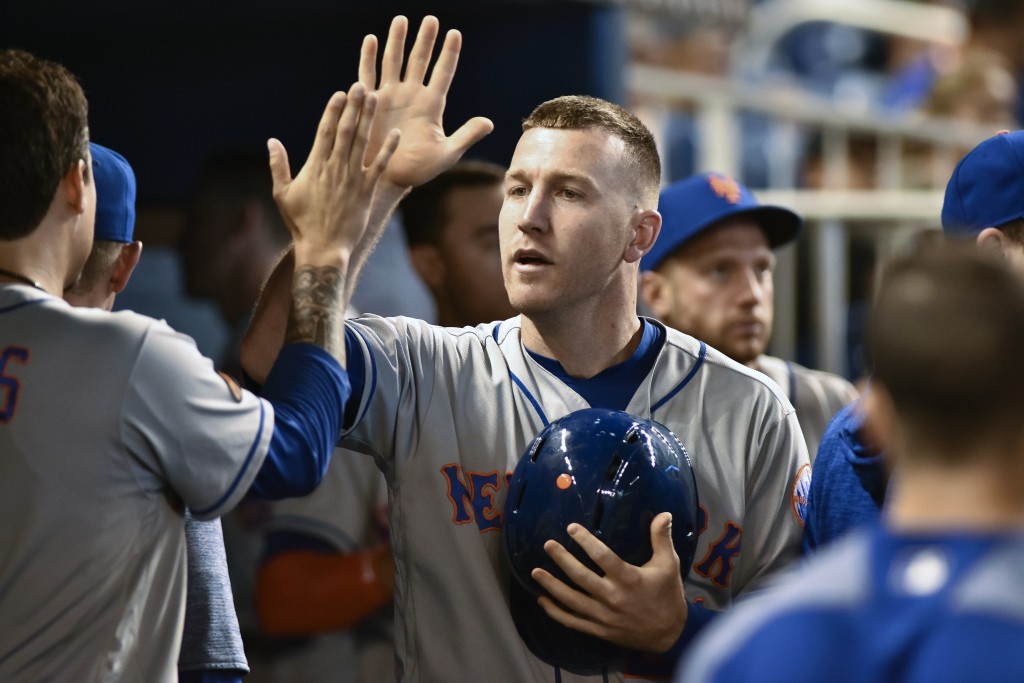 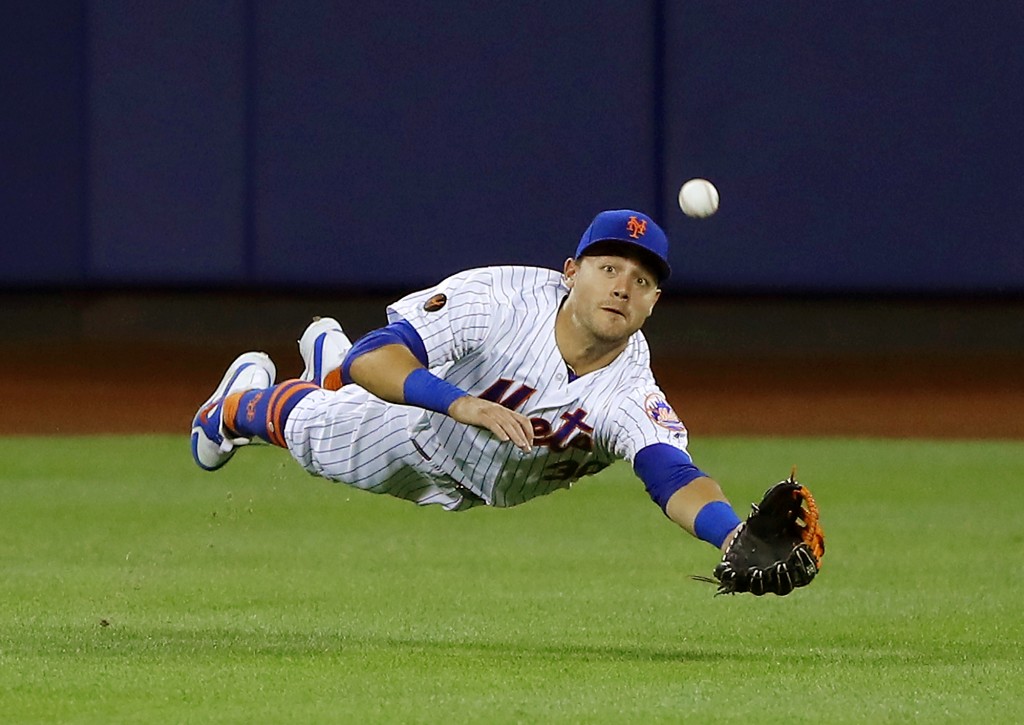 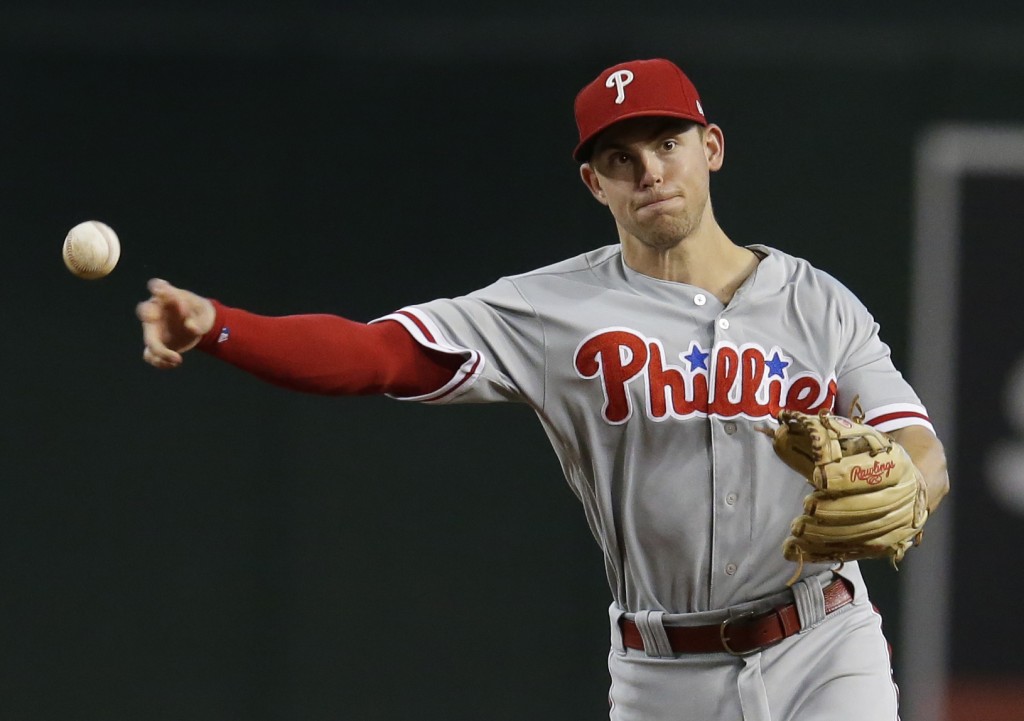 SOUTH WILLIAMSPORT, Pa. (AP) — Some talented, young baseball players have competed at the Little League World Series over the last 71 years. Fifty-four have gone on to realize another dream — making the majors.

Three of those Little League veterans will be on hand when the Mets play the Phillies in Williamsport on Sunday night: Scott Kingery, Todd Frazier and Michael Conforto.

To mark what's being called the MLB Little League Classic, here are some of the notable players who have made the jump from the LLWS to the majors.

KINGERY: Twelve years ago, Kingery played for the Ahwatukee All-Stars from Phoenix. Now the rookie Philadelphia shortstop is the most recent LLWS player to get to the majors.

"It's going to be cool to go back there and bring back some memories," he said. "It's going to be a good chance to talk to the kids there now, because I know what they're going through, and I know what they feel like. They're probably a little nervous and excited, too, so it'll be good to go watch a game, hang out with some Little Leaguers and play a big game."

What was it like for him in South Williamsport?

"The (memory) that sticks out is the first time we got off the bus and I stood on top of the hill and saw the fields we were going to be playing on," Kingery said. "When I get there, it's probably going to hit me that that was me in 2006. It's pretty crazy."

FRAZIER: The Mets third baseman has drawn a lot of attention for his Little League connection.

In the 1998 Little League World Series, Frazier led Toms River, New Jersey, with his bat and his arm — he was a pitcher then — and his team beat Japan for the championship. In the big leagues, Frazier helped bring the New York Yankees to the ALCS in 2017.

CONFORTO: The young outfielder played for the Redmond, Washington, team in 2004. His team did not make it out of pool play.

BOOG POWELL: The longtime Orioles star appeared in the 1954 Little League World Series, playing for the Orange Little League team out of Lakeland, Florida. His club lost to eventual champions New York 16-0 in their first game.

Powell spent 16 years in the majors, winning two World Series titles with Baltimore. He was named an All-Star four times and won the 1970 AL MVP. Powell joined the Orioles in 1961, missing out by just 14 days on being the first Little League World Series player to reach the majors.

KEN HUBBS: Hubbs edged out Powell in the race to the majors. He played for the Lions Club Little League team from Colton, California, in the 1954 LLWS, just like Powell. His team reached the final before falling 7-5 to New York.

JASON VERITEK: The longtime Red Sox catcher, alongside Conforto, is one of three players to appear in the Little League World Series, the College World Series (with Georgia Tech) and the MLB World Series.

Veritek's Altamone Springs, Florida, team won the U.S. bracket in the 1984 Little League World Series but lost to South Korea in the final. The two-time World Series champion — both with Boston, where he played for 15 seasons — also participated in Olympic baseball and the World Baseball Classic.

GARY SHEFFIELD: The slugger first entered the limelight in the 1980 Little League World Series as a pitcher for Belmont Heights, Florida. He helped lead his team to the title game against Taiwan, but fell 4-3.

RANDAL GRICHUK: He is one of the only players to make the Little League World Series twice — in 2003 and 2004 for Lamar National of Richmond, Texas.

The closest Grichuk made it to the championship was the U.S. bracket title game in 2004, when his team lost to Thousand Oaks, California, 4-0.

He's now an outfielder with the Toronto Blue Jays.