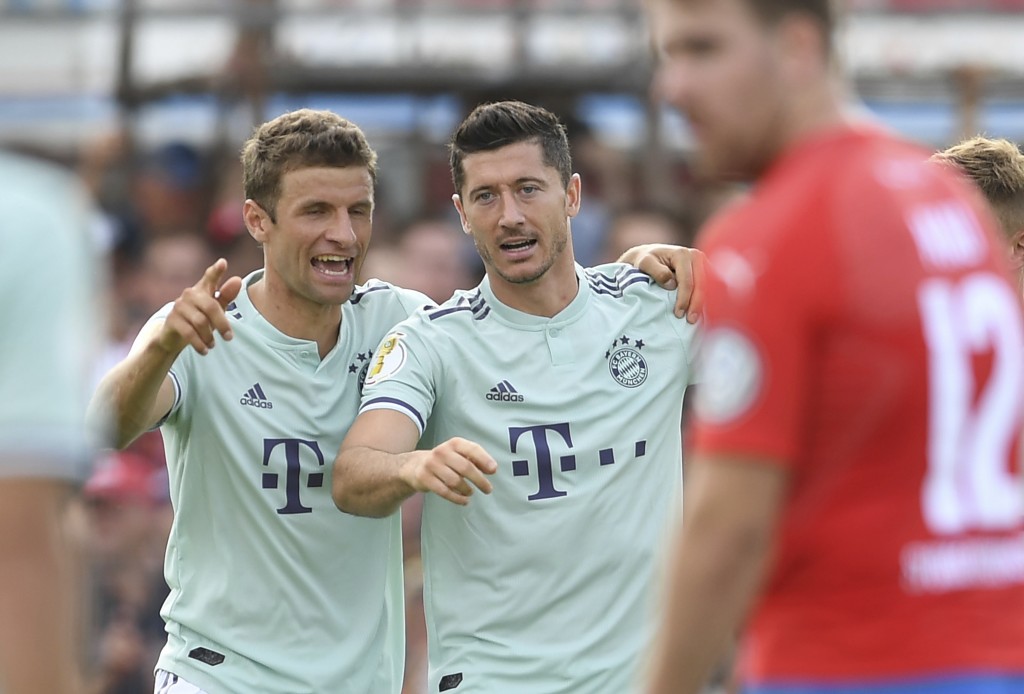 BERLIN (AP) — A fourth-tier team of amateurs held Bayern Munich scoreless for more than 80 minutes before Robert Lewandowski ended chances of an unlikely upset in the first round of the German Cup on Saturday.

SV Drochtersen/Assel, a team from an area of only 11,000 inhabitants in the north of Germany, frustrated the country's top team until Lewandowski's 81st-minute goal finally sent the Bundesliga powerhouse through 1-0.

Another fourth-tier side, Ulm, defeated Eintracht Frankfurt 2-1 to send the defending champion out at the first hurdle.