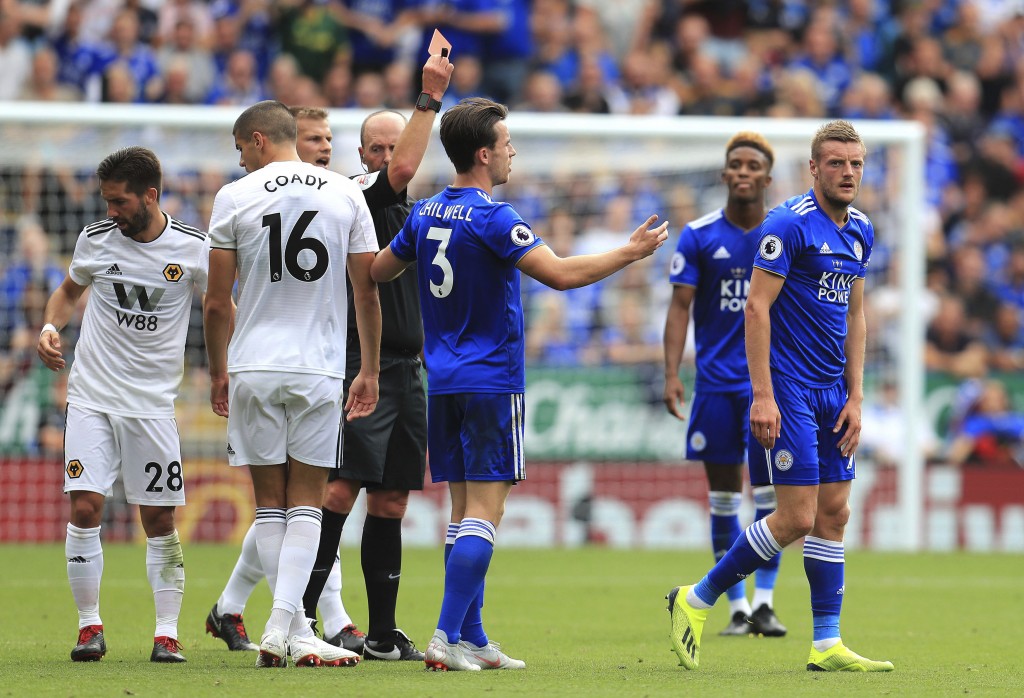 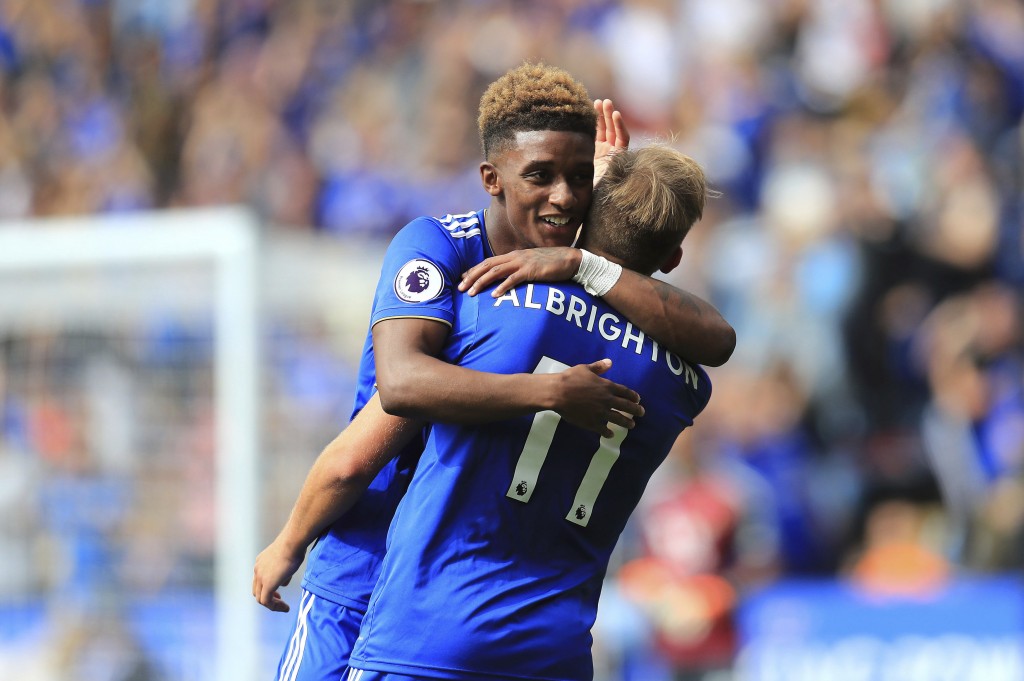 LEICESTER, England (AP) — Jamie Vardy was sent off on his first start of the season for Leicester but the team still eased early-season pressure on manager Claude Puel with a 2-0 victory over newly promoted Wolverhampton Wanderers on Saturday.

The England striker was handed a straight red card for a strong tackle on Wolves right back Matt Doherty, who had earlier scored an own-goal to give Leicester the lead. Vardy followed through in the challenge and made contact with Doherty's lower leg.

Wolves hit the goal frame three times — twice before going behind at King Power Stadium when Marc Albrighton's cross from the right glanced off the head of Wolves defender Conor Coady before hitting Doherty square on the forehead. The ball powered into the net.

Leicester doubled the lead on the stroke of halftime when James Maddison collected the ball outside the area and bent home a shot past goalkeeper Rui Patricio with the aid of a deflection.

Like Joao Moutinho and Raul Jimenez did in the first half, Jonny hit the frame of the goal for Wolves, with an effort from an acute angle.

Wolves are still looking for their first win, after opening with a 2-2 draw at home to Everton.