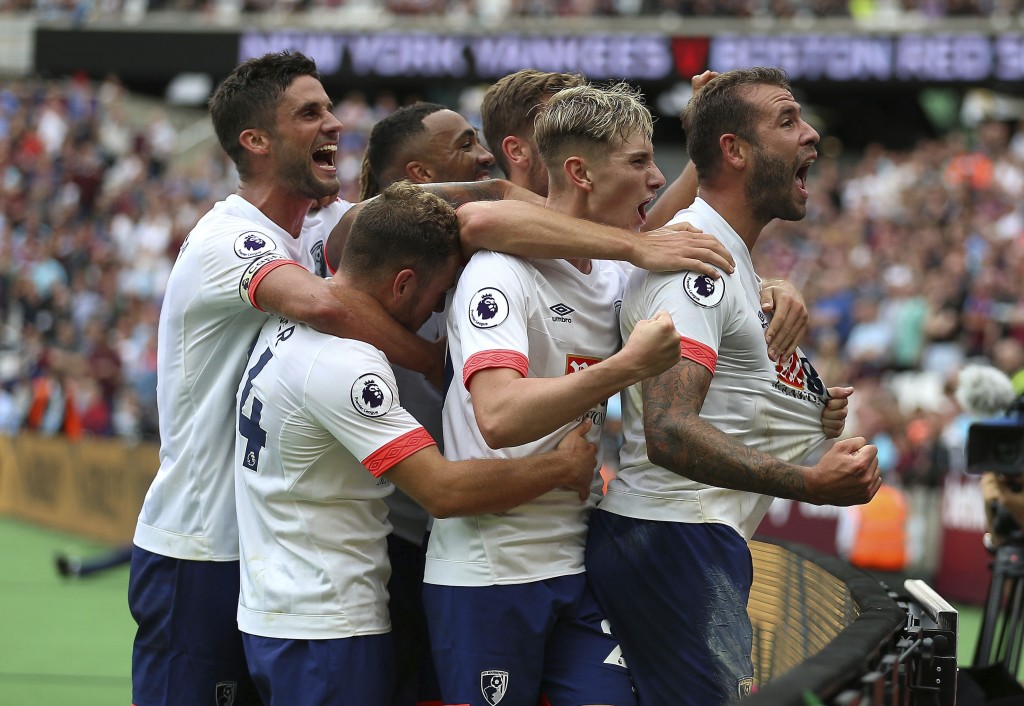 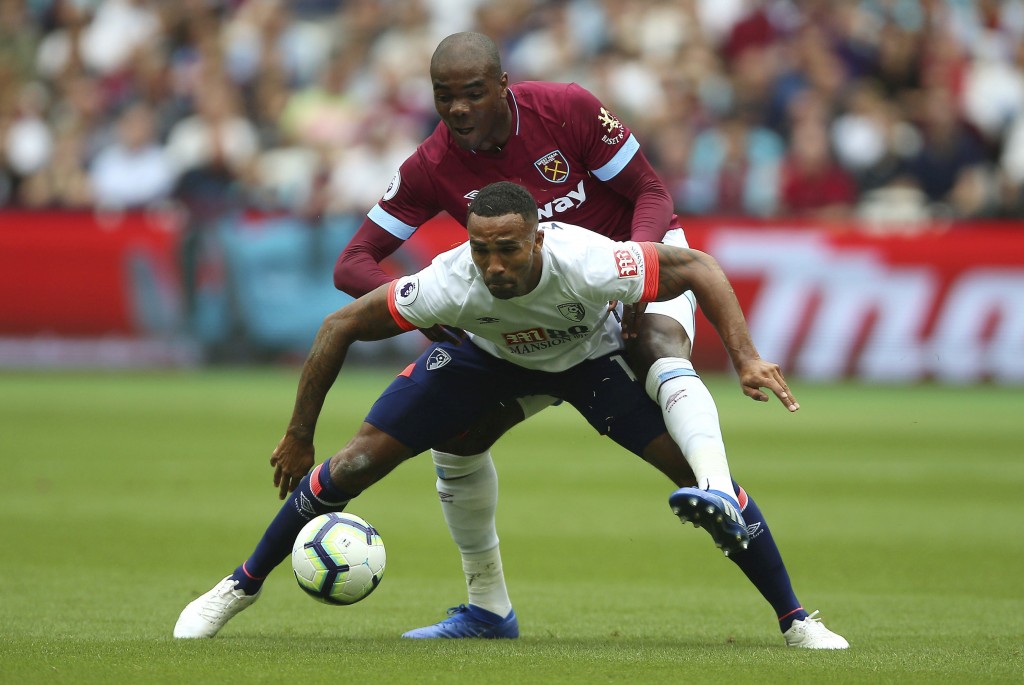 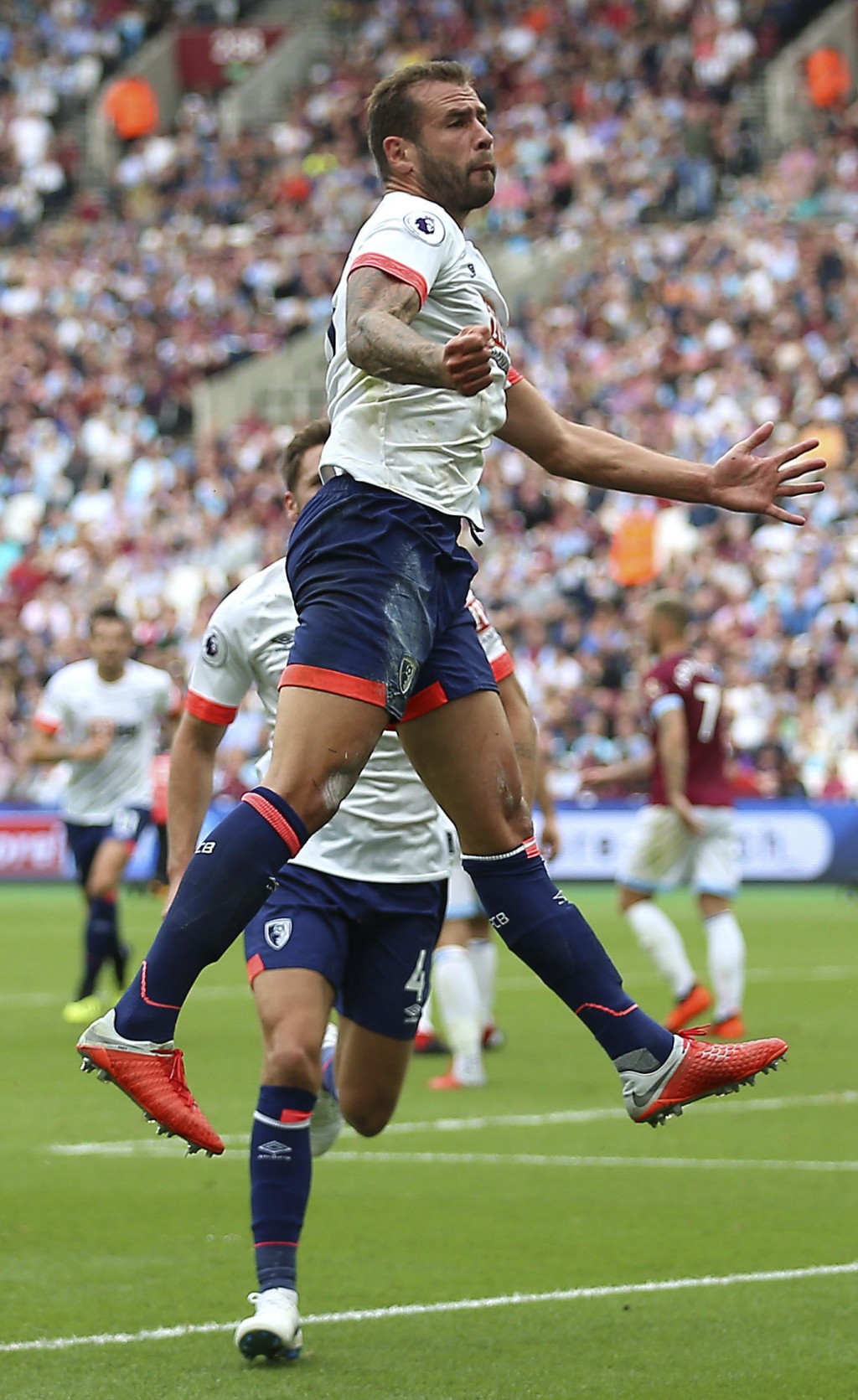 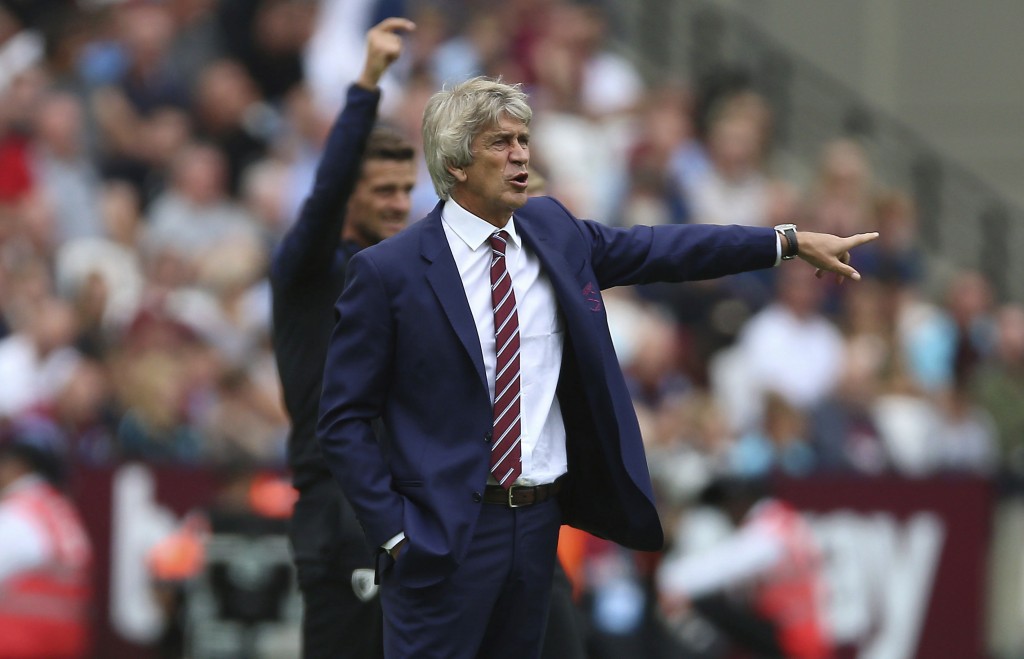 Jack Wilshere was anonymous for West Ham, record signing Felipe Anderson not much better, and defender Fabian Balbuena was constantly exposed by Wilson in a poor second half.

Marko Arnautovic, last season's player of the year, had fired the hosts into the lead with a first-half penalty, but after the break they played like strangers for the second week in a row.

Pellegrini had reacted to last weekend's 4-0 defeat at Liverpool by omitting Declan Rice, Michail Antonio and new signing Ryan Fredericks, none of whom were injured, from his squad.

West Ham had looked the more threatening and the pressure told in the 33rd minute when Felipe Anderson found Hernandez on the edge of the six-yard box.

Javier Hernandez turned back inside Nathan Ake, who slid in and took the striker's foot from underneath him. After a long chat with his assistant, referee Stuart Atwell gave the penalty.

Arnautovic stepped up ahead of regular penalty-taker Mark Noble and drilled his shot low past Asmir Begovic.

Bournemouth hit back on the hour mark when Wilson picked up the ball near the halfway line and begun to weave through West Ham.

The striker shrugged off challenges from Noble, Fabian Balbuena, Pablo Zabaleta and Angelo Ogbonna before rolling in his fifth goal in five appearances against the Hammers.