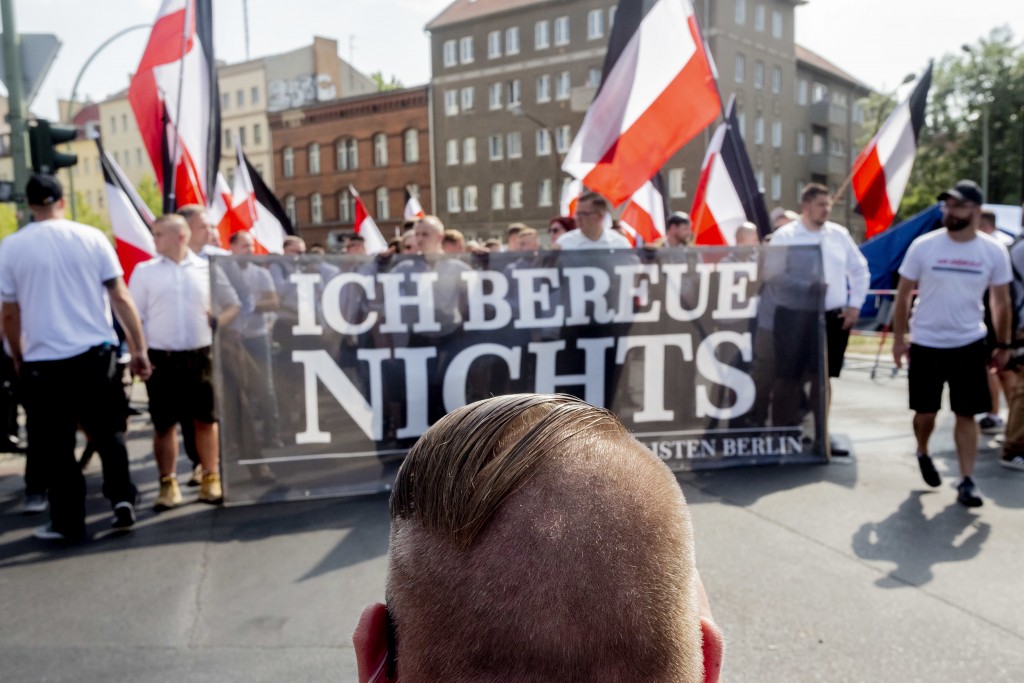 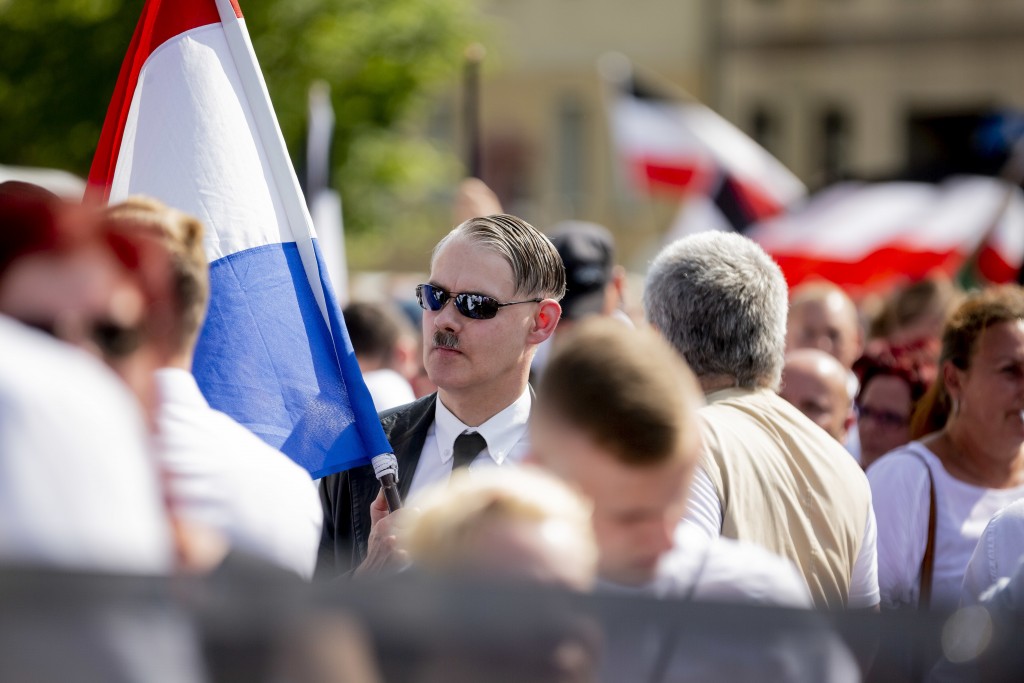 BERLIN (AP) — Hundreds of neo-Nazis waving flags with the colors of the German Reich are marching through central Berlin, protected from counter-protesters by police in riot gear.

Berlin police spokesman Thilo Cablitz said officers had to physically remove some left-wing demonstrators who had staged sit-down protests along the route of Saturday's march.

He added that stones and bottles were thrown at some of the far-right protesters, but couldn't immediately say how many people were injured.

The far-right protesters wore white shirts to commemorate the 31st anniversary of the death of high-ranking Nazi official Rudolf Hess and carried banners with slogans such as "I regret nothing."

Hess, who received a life sentence at the Nuremberg trials for his role in planning World War II, died on Aug. 17, 1987.