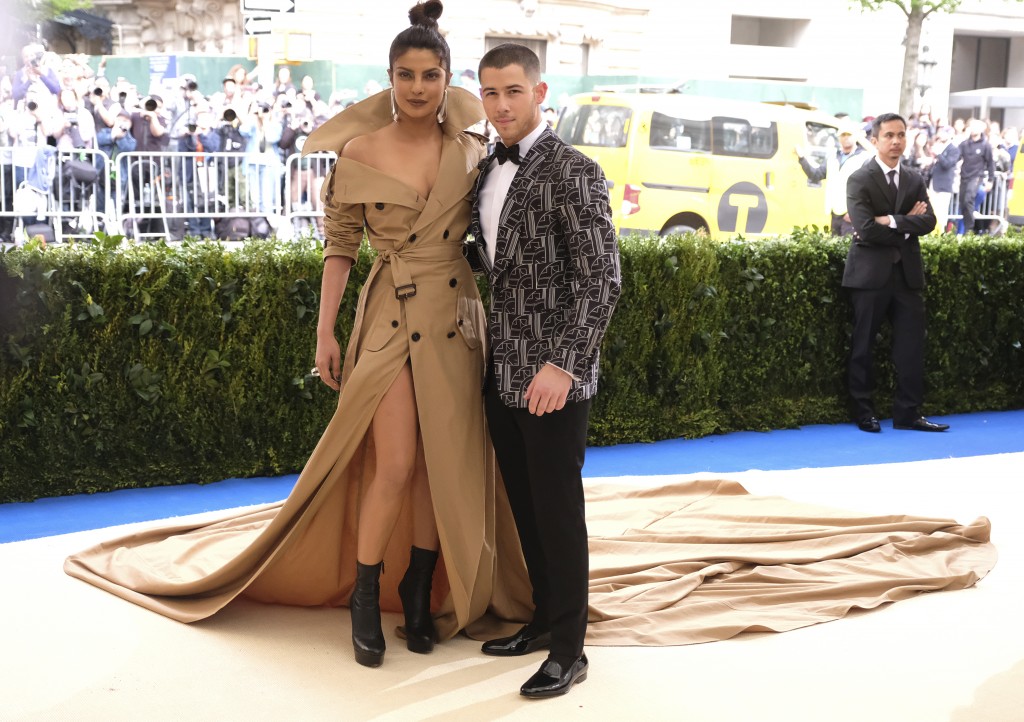 The two on Saturday announced on their respective Instagram accounts they are engaged. Each posted the same picture, a close-up of them gazing lovingly at each other, an engagement ring on Chopra's finger. The two are in India with both of their families.

The 25-year-old Jonas and 36-year-old Chopra had reportedly decided in July to get married after dating for two months.

Jonas gained fame as a member of the Jonas Brothers musical group and is now a solo artist and actor. Chopra starred in the ABC television drama "Quantico." She is a former Miss World winner.