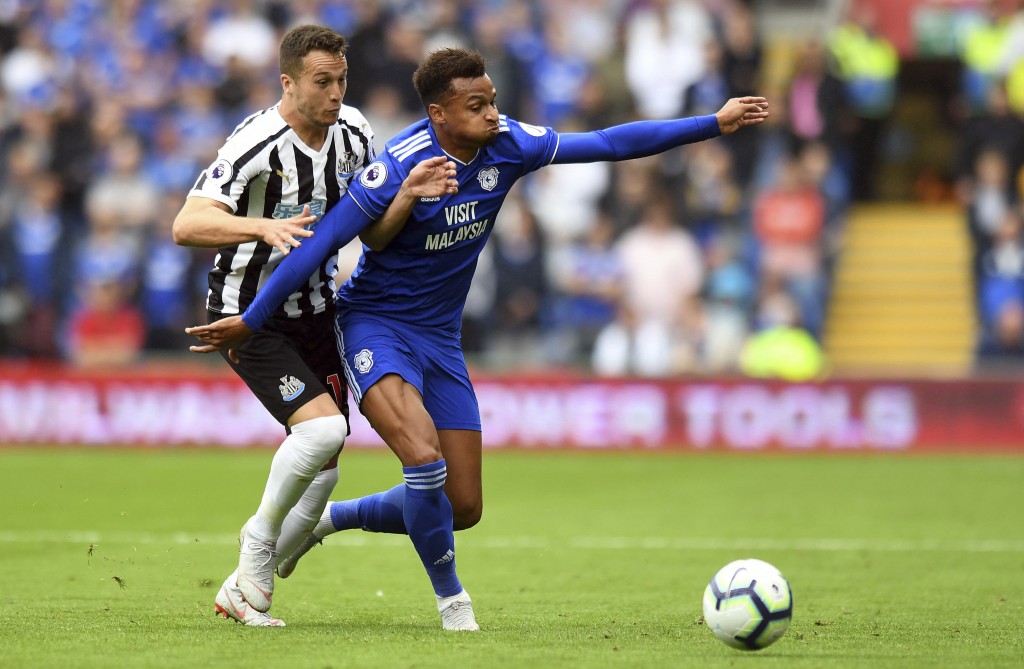 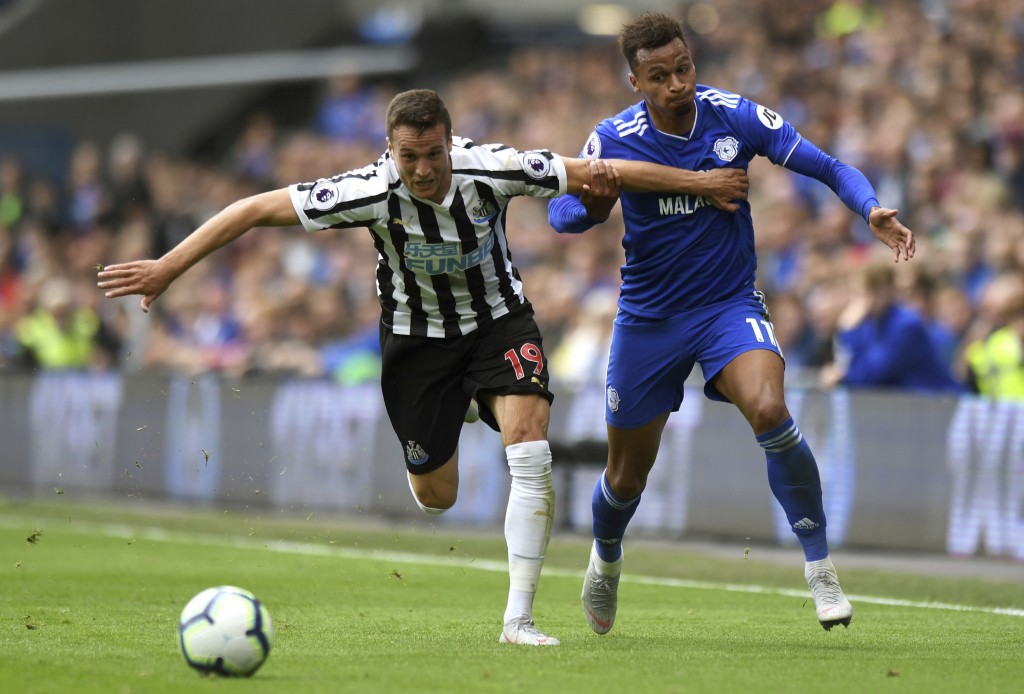 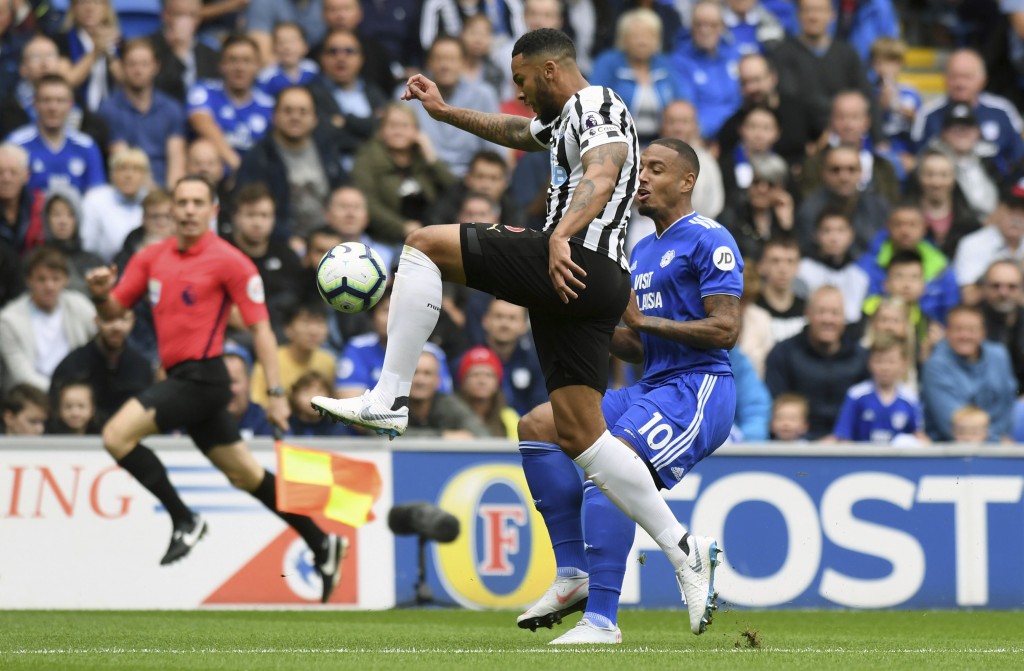 CARDIFF, Wales (AP) — Brazilian Kenedy missed a last-minute penalty as 10-man Newcastle wasted the chance to beat Cardiff on Saturday, both teams picking up their first point of the Premier League season following a goalless draw.

Newcastle looked set to steal all three points when a penalty was awarded in added time, but Kenedy — who could have been sent off in the first half — couldn't capitalize as Cardiff goalkeeper Neil Etheridge saved his second penalty in as many league matches.

Promoted Cardiff had appeared the more likely to win when Newcastle midfielder Isaac Hayden was sent off midway through the second half.

Much of the goalmouth action came in the opening stages with Kenedy and Ayoze Perez testing Etheridge, while Perez also displayed his worth at the other end, clearing a goalbound Sol Bamba header away from goal.

Kenedy was fortunate to avoid a red card when he lashed out at Cardiff midfielder Victor Camarasa with a petulant kick 10 minutes before halftime, but Newcastle's luck ran out after the break.

Hayden was left bemused as referee Craig Pawson sent him off — 20 minutes after he'd come on as a halftime substitute — for a tackle on Josh Murphy that appeared to have little malicious intent.

Cardiff was unable to capitalize on the advantage and it was Newcastle who pressed late on. Japan striker Yoshinori Muto, a late substitute, won a penalty when his cross struck the hand of home defender Sean Morrison.

Kenedy stepped up for virtually the last kick of the game and had his tame attempt kept out by Etheridge, who also saved Callum Wilson's spot-kick a week earlier during Cardiff's opening-day defeat to Bournemouth.

The penalty miss completed a disappointing performance from midfielder Kenedy, who is on loan from Chelsea.