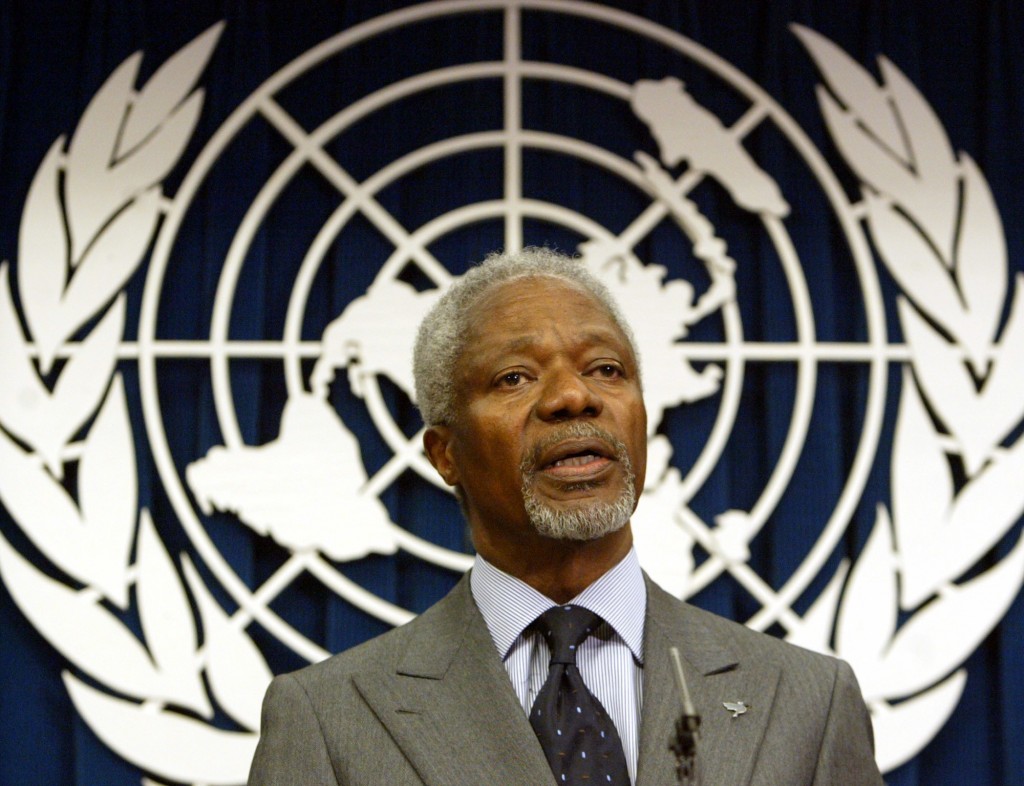 President Nana Akufo-Addo has ordered flags to fly at half-mast for a week while trying to reassure the country's 28 million people that Annan left the world without pain.

"I am comforted ... that he died peacefully in his sleep," the president says on Twitter after speaking with Annan's wife. "Rest in perfect peace, Kofi. You have earned it."

Annan was born in the Ashanti heartland two decades before the country became the first in sub-Saharan Africa to gain independence from colonial rule.

The son of a provincial governor, he became fluent in several languages and quickly entered the diplomatic world.